Rua showing off her new haircut and, below, how it was before.

AN inspirational eight-year-old from Glandore has not only raised money to support Our Lady’s Children’s Hospital in Crumlin but has also cut an entire foot, (30cms) off her hair for the Little Princess Trust. 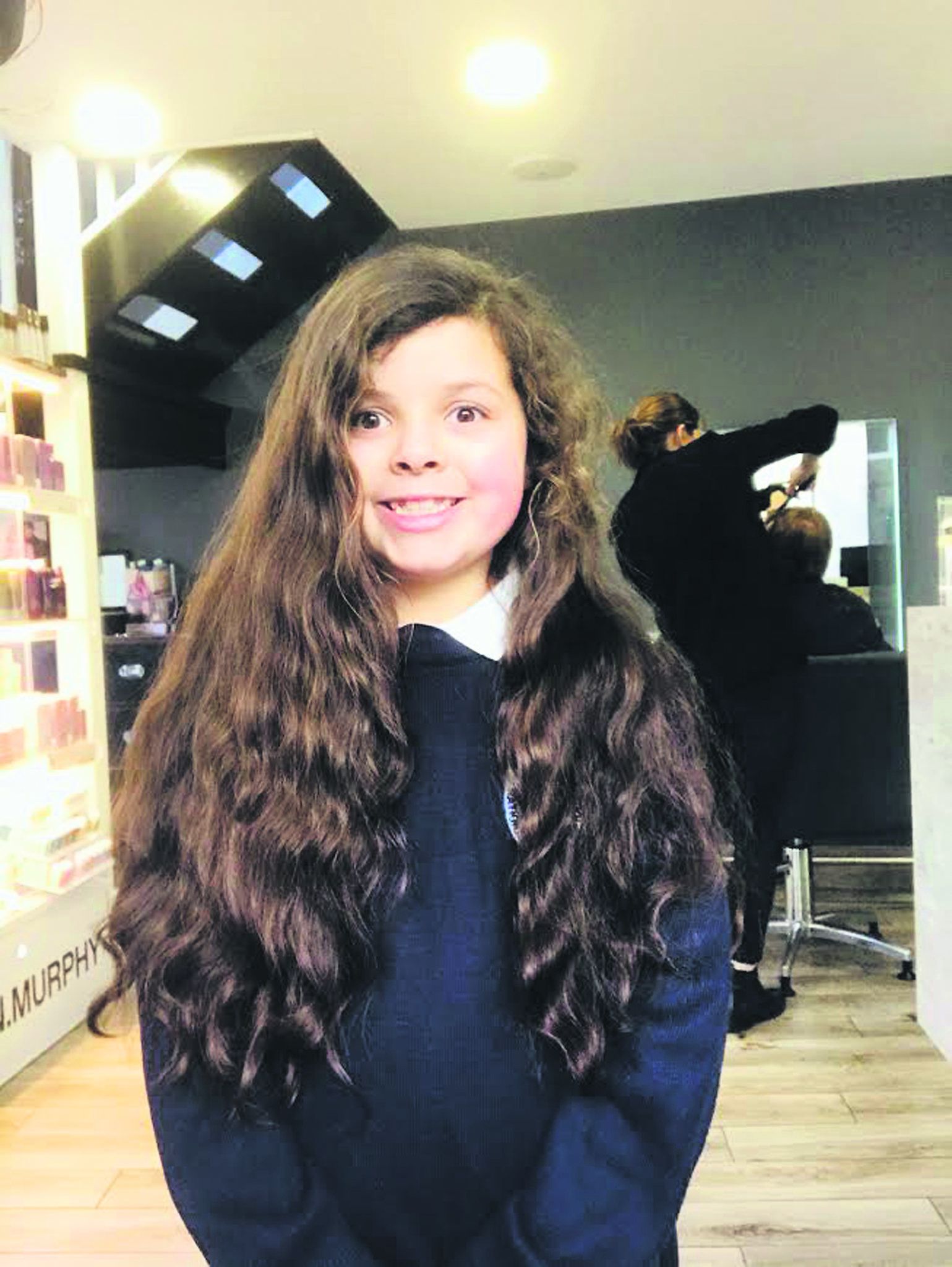 Ruá Mahmood from Glandore spent four years growing her hair and recently cut it and donated her hair to the Little Princess Trust, a UK charity that provides wigs free of charge for children who have lost their through cancer.

Ruá Mahmood, who is a pupil at Glandore National School, decided to start growing her hair, so that she could cut it to help children who had lost theirs while undergoing treatment for cancer, back when she was just four years-old.

‘My cousin, who is eight as well, has cancer and when I was four he lost all his hair and I decided I wanted to help other children who were sick as well,’ Ruá told The Southern Star.

Ruá discovered that the minimum length of hair she could send to The Little Princess Trust was seven inches but she decided she was going to grown her hair even longer than that.

The Little Princess Trust is a charity that provides wigs for children who are undergoing treatment for cancer.

‘Ruá decided to grow her hair to over 12 inches,’ hermother Heather said.

‘She wanted the girls who have lost their hair to have enough hair, in their new wig, to plait or style it whatever way they wanted to.’

The extremely determined four year-old set to the task of growing he hair and four years later Ruá headed into the Jagged Edge hair salon in Clonakilty where she got her hair cut and ready to send to The Little Princess Trust.

However, Ruá wasn’t finished with just sending off her hair.

‘Ruá found out that it costs £550 (€632) to make the wig so she decided to raise the money, to cover the cost of the wig as well which she did by setting up a JustGiving page,’ Heather said.

Ruá added: ‘When we got to the £550, my Dad said he would match this so we gave this money to Crumlin Hospital where my cousin goes to.’

Ruá’s determination has also inspired a lot of her school friends in Glandore to think about growing their hair for charity.

When asked if she would grow her hair again, Ruá, who wants to be a marine biologist when she grows up, said she would because ‘I can grow hair back and the girls that need the wigs can’t.’