A specialised isolation unit for children with cystic fibrosis needs to be established at Cork University Hospital without delay, a bereaved West Cork mother said this week. 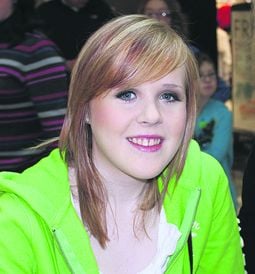 A SPECIALISED isolation unit for children with cystic fibrosis needs to be established at Cork University Hospital without delay, a bereaved West Cork mother said this week.

Mary Cronin and her husband John spent years attending the children’s ward at CUH because their only daughter Rachel was diagnosed with cystic fibrosis when she was just 16 months old.

Rachel died at the age of 15, on August 2nd 2013, but it is only now that her mother has spoken about the conditions in the hospital, particularly how, in 30-degree heat, and with no air-conditioning, it was right for them to take Rachel home for her end of life experience.

The Cronins and their three sons, Damien, Declan and Eoin, live in Kealkil, Bantry – a community that was not found wanting when it came to showing its love and support for the family at every stage of Rachel’s life, and, latterly, in preserving her memory.

At home, Mary said: ‘We had air-conditioning installed and Rachel had her own ensuite bathroom. She had her comforts, and she was in her own bed.’

Staying in the hospital was a very different experience for Rachel, or potentially any child with cystic fibrosis, a condition that leaves the person’s immune system severely compromised and prone to infection.

‘Rachel did have her own room on the children’s ward but she was not allowed to use the toilet on the ward, because of the risk of infection, so she had to go out to the public toilet located along the corridor.

‘There was no window and it was about the width of the wheelchair so we had to back the chair in with the IVs, the peg feed, and the oxygen. Rachel also had a lung drain because her lung had collapsed,’ her mother explained.

‘The toilet was so stuffy you had to leave the door open for a bit for air. It was difficult, particularly for Rachel who, because of all the medication she was on, had a very upset stomach.

‘This was in 30-degree heat. Her hospital room had no air-conditioning, and she had an infection that no antibiotic would hit. The hospital gave us a fan for her room and we brought in a couple as well, but the conditions were nothing like they should be, not like the specialised children’s units at Crumlin.’

Mary described Rachel as an outgoing student at Cappabue National School, but she said she was even more girly, if that were possible, when she went to Colaiste Phobal Bheanntrai because ‘it was new, she had lots of friends, she was into hair and make-up, boys and discos.

‘She loved being a teenager. She loved life,’ said Mary, who recalled how the ‘Make A Wish Foundation’ gave Rachel and three of her friends her wish – a shopping trip to Dublin.

Mary said they stayed at the Four Seasons Hotel. ‘John and I went with them and it was amazing. I will probably never again stand inside it, but I can tell you the suite we stayed in was probably bigger than our house.

‘That shopping trip is what Rachel wanted, what she wished for. We all have great memories of it, and lovely pictures too.’

Experiences are important. It is why Mary and her husband, John, believe that a specialised isolation unit – one with ensuite facilities and air-conditioning at the very least – would not only improve conditions for children with cystic fibrosis, it could also protect them from infection and prolong their lives.

At about 12 years of age, Mary said Rachel got noticeably sicker. She said they are ‘certain she picked up a bug that shortened her life, but there was no antibiotic could cure it. Antibiotics came in from America, but this bug that had grown on her lungs took over, and that was it.’

According to Mary, a new specialised isolation unit would improve the lives of young cystic fibrosis suffers, and it would also give them the right to die with dignity.