A quick selfie for the family with Professor Luke O’Neill – from left: Gearoid, Orla, Breda and Eoin with the keynote speaker. (Photo: Anne Minihane)

‘FREAKY good’ is what some members of Prof Gerry O’Sullivan’s family said when they saw the statue of him being created by sculptor Don Cronin.

That is what his daughter Orla Dolan told the crowd gathered last Sunday at its unveiling at the park named in his honour in his native Caheragh.

Orla was joined on the day by members of her family, former colleagues of her father’s – the world-renowned cancer specialist – and Prof Luke O’Neill, who was the keynote speaker.

Theatre nurse Margaret Frahill, who had worked closely with the professor, before his untimely death in 2012 at the age of 65, recounted many great stories of their times together.

She told the crowd that he would often finish surgery in theatre at 9pm and he would say to the registrar to meet him at home to go through a research paper and the next morning they would ‘start all over again’.

‘Research research research’ he said, was the only way to cure cancer or find a cure for it. He had a photographic memory, she said, and if you told him the name of a patient and their GP, he would remember their last visit and the tests he had ordered for them. 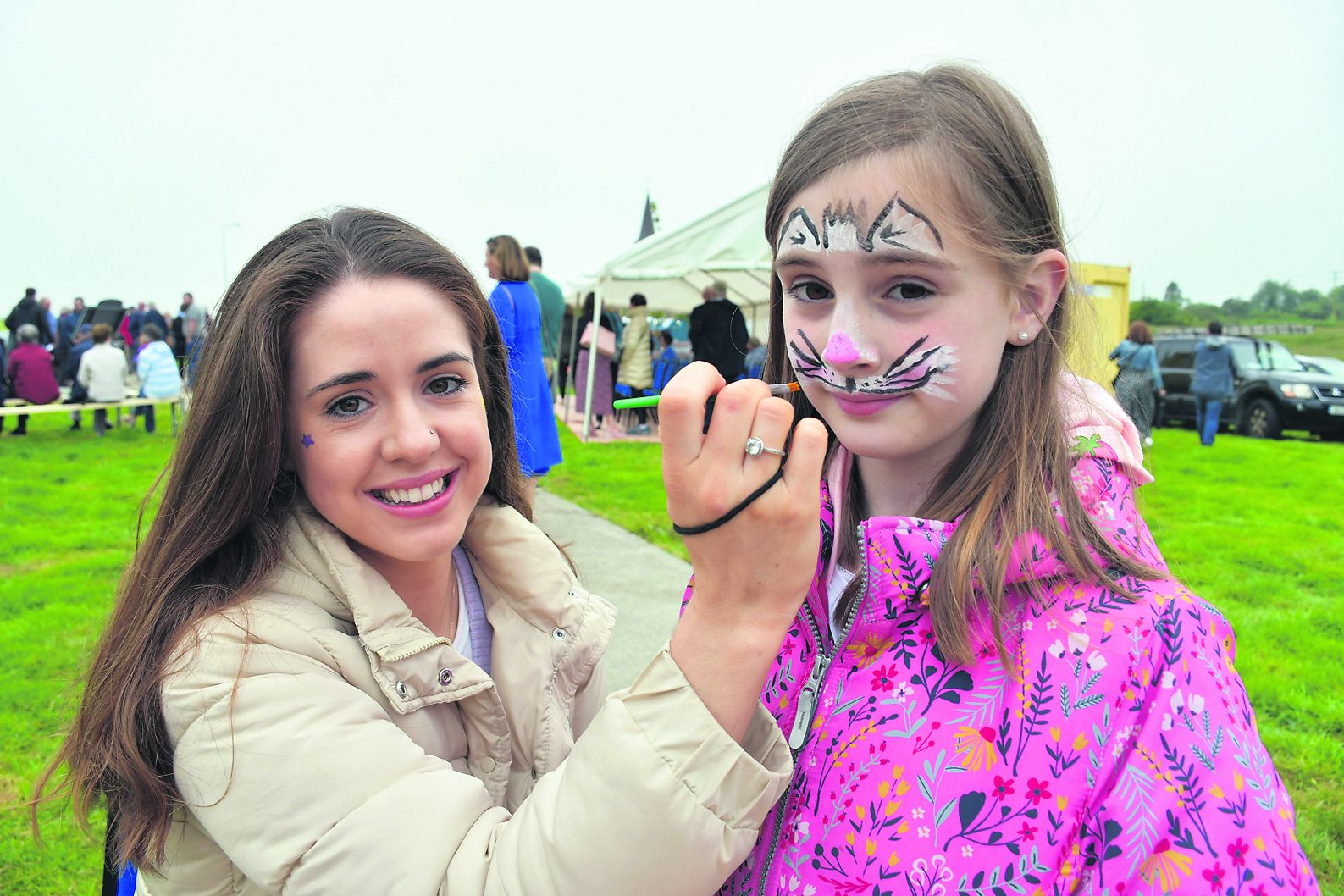 He was a real people person, the crowd was told. And Margaret remembered him teaching a Nigerian doctor how to speak Irish. On the doctor’s last day in the hospital, 18 months later, Gerry got him to sing Oró, Sé Do Bheatha ‘Bhaile.

And when things got tough during a procedure, Gerry would often stop, look out the window and say ‘let us all look to West Cork for inspiration!’ she said. He told everyone about hailing from ‘Caheragh 4’ and he treated everyone the same, regardless of who they were, or where they came from, she said. ‘There was no two-tier system with Gerry.’

Orla Dolan, Gerry’s daughter, who runs Breakthrough Cancer Research, said her dad told people he came from ‘a very exclusive hamlet called Caheragh 4’. ‘Something about this place and the people here never left him,’ she noted.

She said he also loved anything you could make with your hands – sculpture, art, word carvings. ‘I know he’d be a bit bashful but also immensely chuffed to know there was a sculpture made here by the incredibly talented Don Cronin in his honour,’ she said, minutes before it was unveiled by county mayor Gillian Coughlan.

She said the family were delighted with the care taken every step of the way by Don Cronin, to make sure they were happy with it. ‘It’s an amazing likeness – even down to the dimples,’ she said. ‘We were mesmerised … I think the words “freaky good” were used.’ 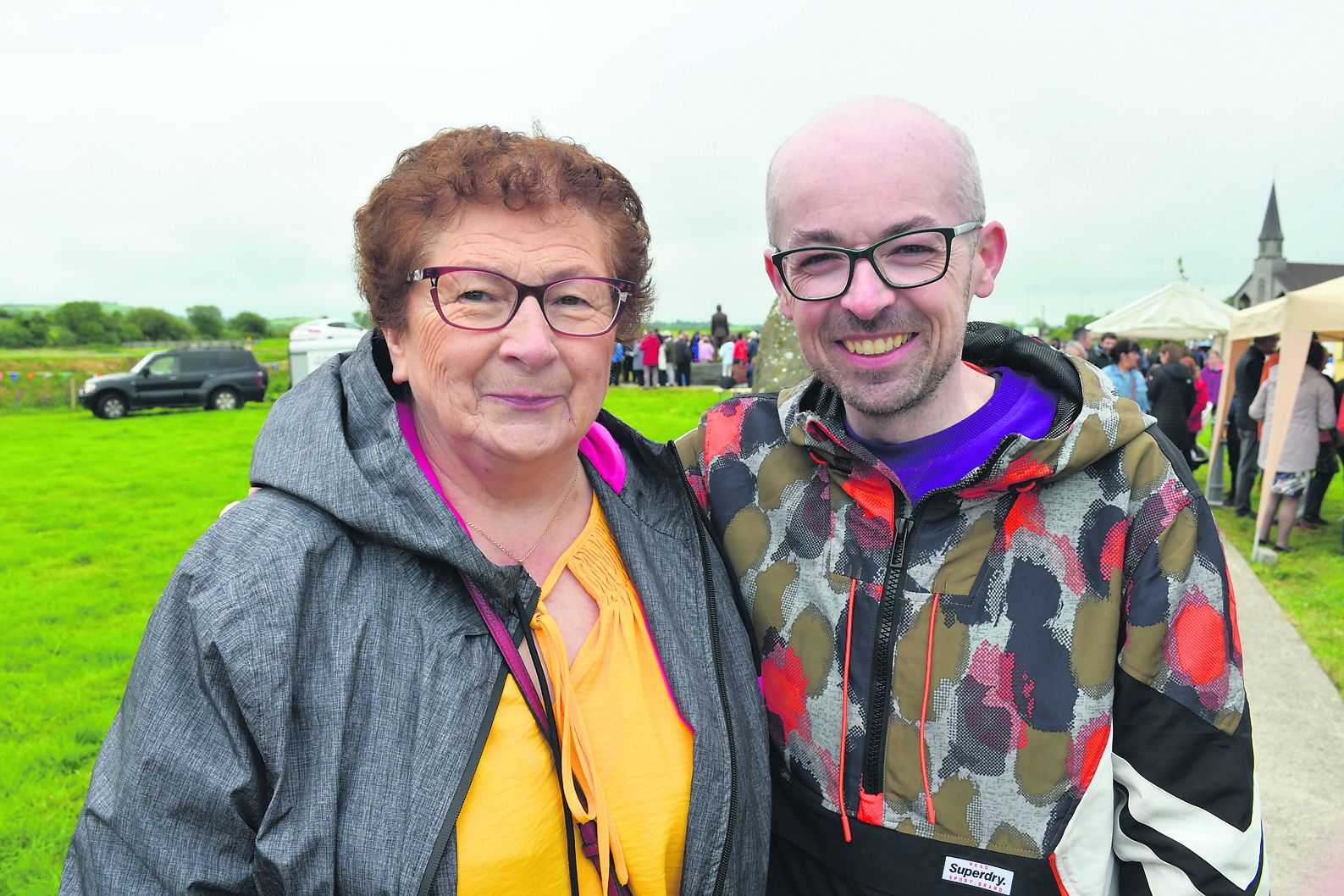 Martha Drake and Paul Finn from Courtmacsherry, were all at the unveiling at Caheragh Memorial Park. (Photo: Anne Minihane)

She said she knew the committee wanted the park to be an inspiration as well as a lovely place to visit. ‘One of Gerry’s favourite quotes was the best way to change the future is to invent it or create it,’ she said. ‘This was just an idea only a few years ago, and now it has been delivered here today for all of us. As Gerry would have said, it is just marvellous, marvellous, marvellous!’

Keynote speaker Prof Luke O’Neill said that everybody knew Gerry – even at conferences abroad, and he had great time for everyone – even students starting out, often spending hours talking to young research scientists.

He was the first Cork surgeon to be president of the Royal College of Surgeons, and became a member of the prestigious American College of Surgeons – it was amazing for a man from Cork in Ireland to break into that crowd, said Prof O’Neill. He had written a paper in 1996 on the immune system and cancer, and  his pioneering work on checkpoint inhibitors also influenced the drugs which were subsequently developed for immunotherapy.

‘As well as being a people person, he also had the excellent science and the data to back it up, so they couldn’t say no to him,’ he noted.

He was also in the American College of Surgeons which only accepts 100 people a year from the whole world. 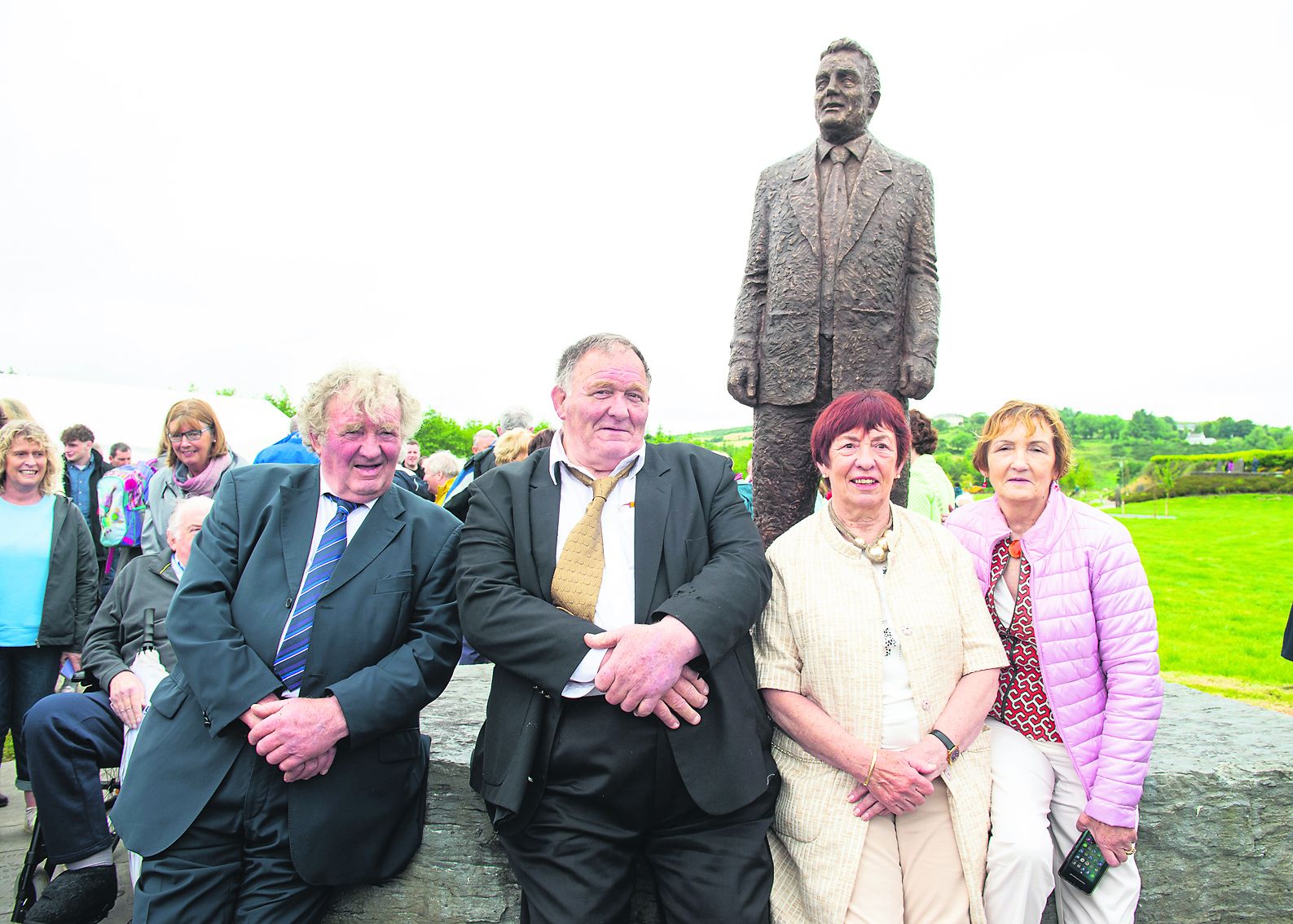 Chair of the committee Micheál Kirby, said: ‘Professor O’Sullivan died at the young age of 65 from cancer, a disease he had spent his whole career saving others from.  We are so incredibly proud of his achievements and the man he became and want to encourage the young.’

It plans to emphasise the workings of science in our world, inspired by the professor’s work.

More information on the park, and how to donate, at caheraghmemorialpark.com