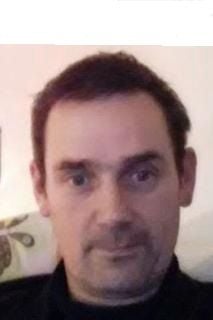 GARDAI at Clonakilty are seeking the public's assistance in tracing the whereabouts of 45-year-old Patrick O'Driscoll, missing from Clonakilty since 11th February 2015.

Patrick has access to a red/wine Renault Scenic Registration no: 01-C-21863.

Patrick was last seen in Clonakilty at approximately 10am on Wednesday morning, 11th February 2015.

Patrick is described as being 6ft in height, of slim build, fair complexion with short black hair and blue eyes.

Gardaí are concerned for Patrick's welfare and anyone with information is asked to contact Clonakilty Garda Station on 023 8821570, The Garda Confidential Line 1800 666111 or any Garda Station.