A special Valentine’s Day feature in the Star in 1993.

Possibly originating as a simple act of kindness, our annual day of love has developed into a multimillion euro industry. Robert Hume unearths the roots of the festival, and how it has been celebrated in West Cork

SHORTLY after Christmas 1835, Father John Spratt returned from Rome to Ireland, carrying a wooden case tied with a red silk ribbon, entrusted to him by Pope Gregory XVI.

Inside, he was told, lay the remains of St Valentine, which now rest in a golden box beneath the altar in Whitefriar Street Church in Dublin.

St Valentine was beheaded on February 14th AD 270 for secretly marrying couples, in defiance of Emperor Claudius II who said he needed young men to be available to fight. 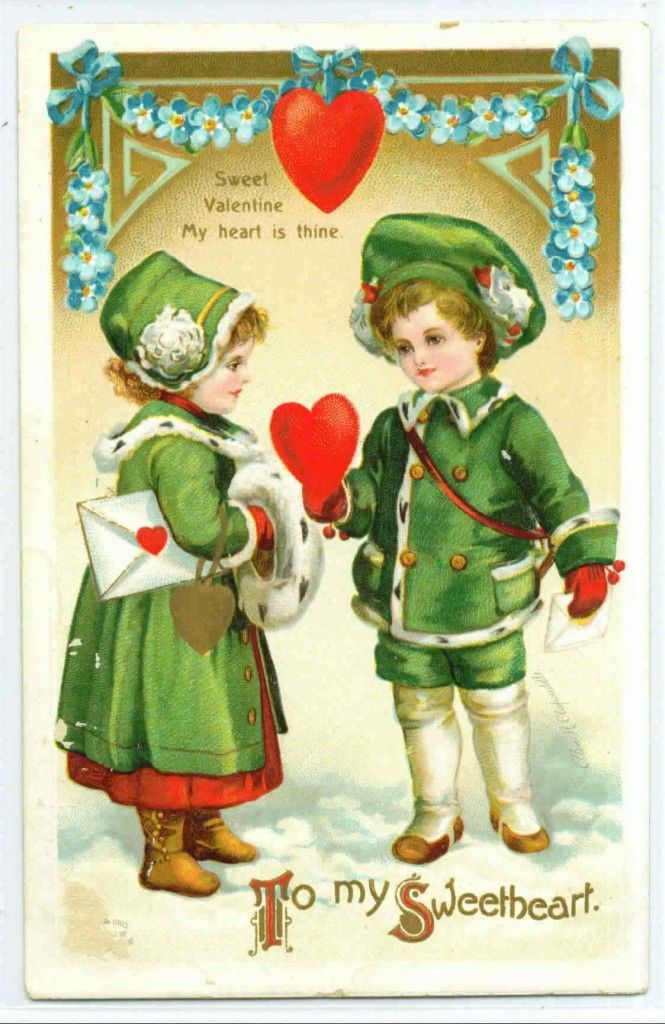 While in prison, Valentine apparently fell in love with his jailor’s daughter, and the night before his execution wrote her a letter, signed ‘from your Valentine’.

The Duke of Orléans penned the second recorded ‘Valentine’ to his wife on  February 14th in 1415 from a cell in the Tower of London.

Valentine cards were printed in Cork from Victorian times. One featured Shandon Church and Blarney Castle, and was inscribed: ‘Will you be my Valentine?’

Post Office staff would ‘dread the annual feast of the good Saint’, commented The Southern Star in 1893.

‘Expressions of admiration’ were written anonymously, although the ‘fair recipient’ was expected to identify the sender by ‘the promptings of her heart’. Sadly, ‘vinegar valentines’ – decorated with caricatures of spinsters, drunks, and dimwits – also circulated.

By WWI, the cards were dying out, and by 1929 they were virtually extinct. ‘Few, if any, Cork maidens will experience the thrilling heart-flutter’ which once accompanied their receipt, bemoaned the Cork Examiner.

Nowadays, cards have returned big time – dirty, as well as romantic ones! The Southern Star recorded a ‘booming interest in Valentines’ in 2000, when teenage boys and girls were ‘among the best customers at the greeting card shops’ in Beara.

But cards are only one aspect of today’s hugely commercialised event. We are also encouraged to ‘say it with flowers on Valentine’s Day’ – either with a single, long-stemmed red rose, or a bouquet.

The traditional gift was jewellery. A piece ‘incorporating the birthstone of your Valentine will be much appreciated,’ advised The Southern Star in 1993.

A modern favourite is chocolate. ‘Leave her speechless with Bewley’s Handmade Chocolates this Valentine’s Day’, recommended Harte’s in Clonakilty in 2000, or perhaps a ‘beautiful romantic’ Rolo hamper – Do you love anyone enough to give them your last one?

One (pre-pandemic) survey revealed that in 2018 a quarter of couples did nothing special to mark the day. Not so in the past.

Thirty years ago, you’d choose between dancing at The Helm, Crosshaven, a reggae gig at Connolly’s in Leap, or boarding the special bus from Glengarriff to Clonakilty to bop with local rock group Harmonix at the Emmet Hotel.

When Dunmanway’s GAA dared propose its agm for February 14th in 2000, one man objected: ‘Some members might like to take their wives out’. Sables Restaurant, Skibbereen, opened its doors at 6pm; The Sugarloaf, Bantry, served ‘Romantic Gateaux, and the Eccles Hotel in Glengarriff laid on a splendid five-course ‘Valentine’s candlelit dinner’.

Incredibly, some countries have banned Valentine’s Day for encouraging drinking and promiscuity!

In India, young couples risk the ultimate penalty – they are required to get married!