who has been playing the organ at St Barrahane’s Church in Castletownshend from 1964 until she recently retired. It is the same organ played by author and former Castletownshend resident Edith Somerville of ‘Somerville and Ross’ fame (author of The Irish RM). (Photo: Anne Minihane)

Freda Salter-Townshend, at a sprightly 84-years-old, is hanging up her hymn books, having so beautifully played the organ in various churches around West Cork since 1957.

‘The pandemic closed us down,’ said Freda Salter-Townshend.

Freda is, of course, referring to her decision to retire after the first Sunday service in March, mere moments before the Covid-19 pandemic kicked in.

It was around that time that the 84-year-old – who had been playing music in different churches on different types of instruments since 1957 – discontinued playing at St Barrahane’s in Castletownshend and Abbeystrewry in Skibbereen.

Freda had a passion for music from a young age. ‘My mother played the piano and I started with lessons from the age of eight,’ she said.

‘I had lessons all the way through primary and secondary school, and when I went to the former Church of Ireland teacher training college (CITC) I was chosen to be taught the organ free of charge.

‘My tutor, Mr Harrison, was a very elderly gentleman. He was just lovely. He’d taught my mother in the same training college in the early 1920s – so that will tell you how old he was. I was there from 1953 until 1955 and he was still there when I left.’

When Freda went to teach in Killarney she got to play the organ – but it was more of an occasional thing, like playing the harmonium at Evensong at Muckross Church.

It was not until 1962, when Freda came to teach in her hometown of Bantry, that she began playing again in earnest.

‘I taught at the same school I went to as a child.

‘It was a one-teacher school with about 20-plus pupils. I loved it. I loved teaching. It was also the year I married Robert.’

Around that time, Freda began playing the harmonium in a little church in Snave, which is now a private house, but from 1990 onwards she became the regular organist at St Brendan’s Church in Bantry.

Freda also used to play for weddings and funerals in Durrus, Bantry and Baltimore. She continued playing in Bantry until she retired from teaching in 1998.

One short year later, the retired teacher found her skills very much in demand as the church organist at St Barrahane’s in Castletownshend. It was where they had set up home, Robert having grown up in a village that has known his ancestors since the 1600s.

Freda was, of course, already well-known for her talents as an organist because in all the years they’d spent in Bantry, they’d given every Christmas, Easter and summer to Castletownshend. The permanent move only meant she was in greater demand.

For the last 21 years, Freda has played the organ every Sunday, and from 2004 onwards she was called upon to play the organ at Abbeystrewry Church too.

It was at a recent church meeting that these long years of service, her gracious years of music making, was acknowledged by the church committee and the Rev John Ardis, who made a special presentation to her.

When asked how she fills the Level 5 lockdown days, Freda responded with a cautious, ‘Well … Robert and I are very interested in horseracing on television and we have an occasional flutter.

‘I have gardening to do, too, and we have dogs to walk, but outside of that, I am very much retired.’ 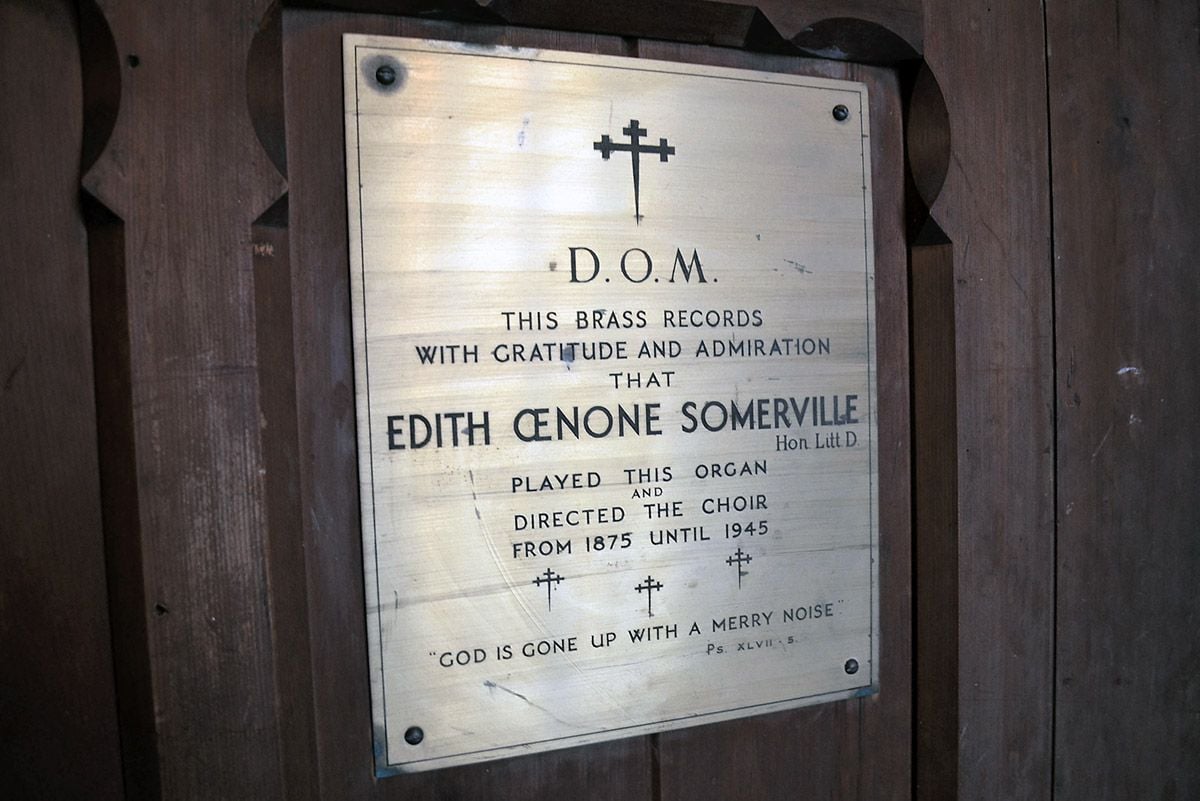