By Siobhn Cronin FOUR publicly-run nursing homes in West Cork are under threat of either losing beds or outright closure, according to Fianna Fil's Micheal Martin. 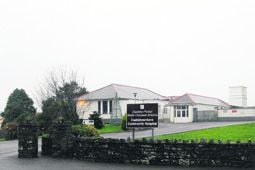 FOUR publicly-run nursing homes in West Cork are under threat of either losing beds or outright closure, according to Fianna Fáil’s Micheal Martin.

The former Health Minister said this week that the facilities – in Castletownbere, Bandon, Macroom and Bantry – have fallen victim to a lack of government investment.

He was responding to a report in the Sunday Business Post claiming that 21 homes across the country were listed as having major ‘non compliance issues’ by the health regulator Hiqa.

Deputy Martin, who also raised the matter in the Dail this week, said: ‘The future of hundreds of nursing home beds across the country, including over 200 in Cork, is unknown because of a lack of investment and a lack of a strategy from the government.’

‘As it stands, the Hiqa standards that these public facilities are supposed to reach must be met by July. This means Cork will be disproportionately affected this year as a direct result of the government’s failure to plan and invest in community care,’ he said.

But this week, the HSE responded to his claims, saying ‘it would be pre-emptive’ of it to identify the outcome of the Hiqa inspections.

‘Hiqa have indicated there will be issues to be addressed in some of our units around full compliance under infrastructural standards, and we are working with Hiqa to address these,’ the statement said.

‘It has been recognised that the majority of HSE public long stay units were built prior to Hiqa regulation in 2009 and, as such, there are a number of units that do not comply fully with infrastructure standards,’ it added.

The HSE acknowledged that a major capital investment would be required to bring all these units to full ‘infrastructural compliance’, particularly those that are in excess of 100 years old. It said it had been working closely with Hiqa over the past number of months to identify what is required in order to meet the re-registration requirements of these units in 2015 ‘to facilitate the continued delivery of these services’.

However, Tadgh Daly – the chief executive of Nursing Homes Ireland, an umbrella body for private nursing homes – said his organisation had been flagging this situation for some time.

‘On a long-running and consistent basis, we have been warning a major crisis is looming in the provision of nursing home care,’ the Drimoleague man said.

And he said a forum of all stakeholders was now urgently needed to ‘advise Government regarding appropriate planning and policy ... ensuring we meet growing demand for nursing home care’.

‘The last thing we want to see is older persons having to move from the nursing home they reside within – this is their home and such measures will bring considerable worry and anxiety,’ he added.