Wally the walrus relaxing on yet another boat in West Cork.

WALLY the Walrus is fast becoming the Fungie of West Cork with his regular ‘appearances’ on the coast – this morning he was photographed on yet another speed boat.

The walrus, who has been holidaying here for almost a week now, was spotted near Schull yesterday, but today has moved even further west.

Wildlife experts have asked us not to divulge his location this morning, but he has been happily lounging in yet another smart marine craft, having damaged a similar boat belonging to Clonakilty Distillery last week, further east along the coast.

Observers say he has a penchant for these boats because they are easy for him to access when he needs a rest – as the walrus needs regular breaks on land after long periods swimming. 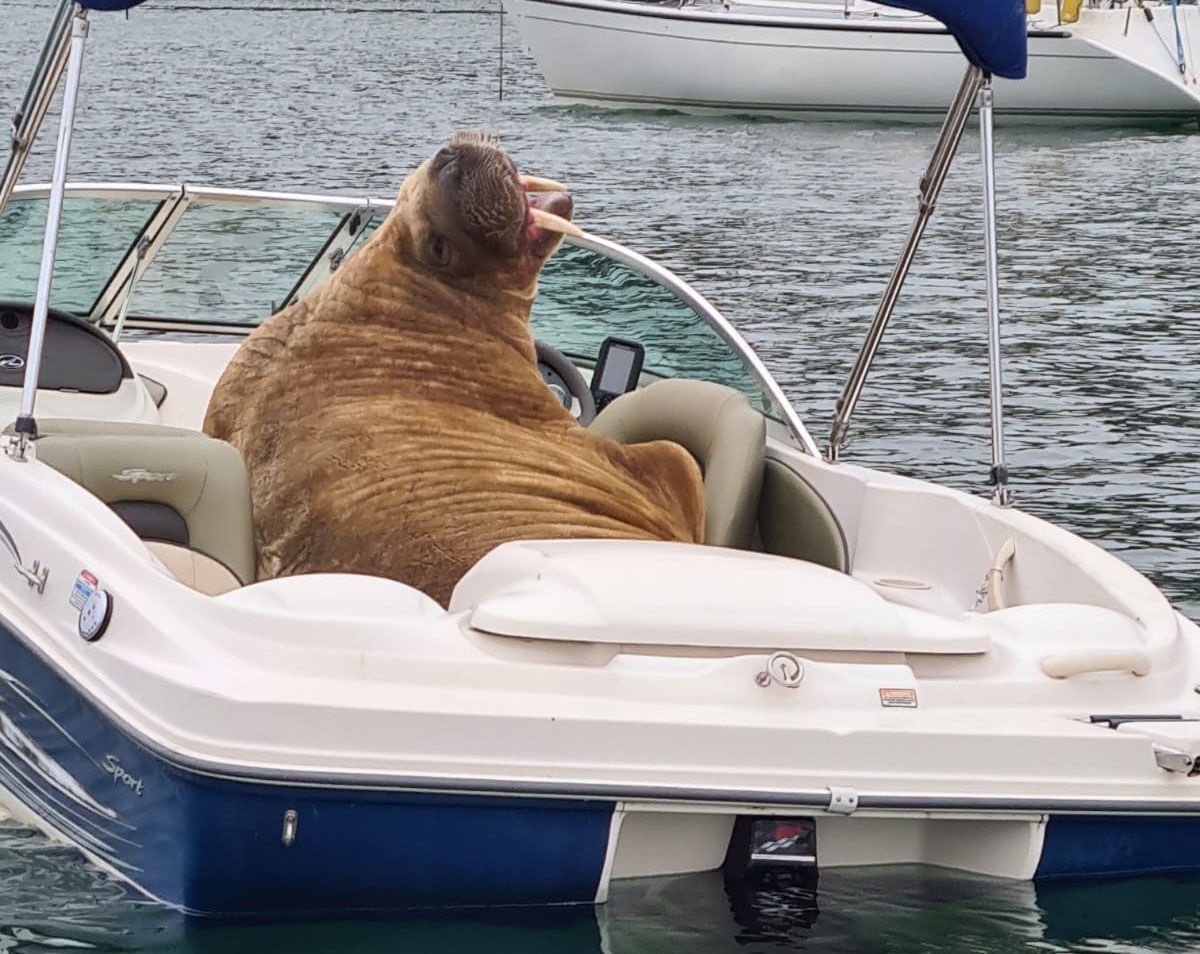 Wally relaxing after another long swim.

There are moves to present him with an old inflatable boat or a floating pontoon for rest periods, if he continues his holidays in Ireland.

The arctic mammal was first spotted in Ireland off the coast of Valentia in Co Kerry in March.