Roy Keane met fifth class pupil Noah Mehigan at Dunderrow National School last Friday after the student wrote to the former Man Utd player and the soccer star also addressed the school assembly. Roy even had a cuppa with teachers in the staffroom afterwards.

Roy visited the school last Friday morning after fifth class pupil Noah Mehigan wrote to him as part of a class project. Earlier, pupils were asked to write to their heroes at the behest of their teacher John Cottrell and classroom SNA Anne Moynihan.

Pupils wrote to stars and sportspeople like Derval O’Rourke, Orla Finn and David Walliams, with many replying back and some even  sending presents to them. But it was Roy’s visit that really topped off a special day for everyone at Dunderrow National School. 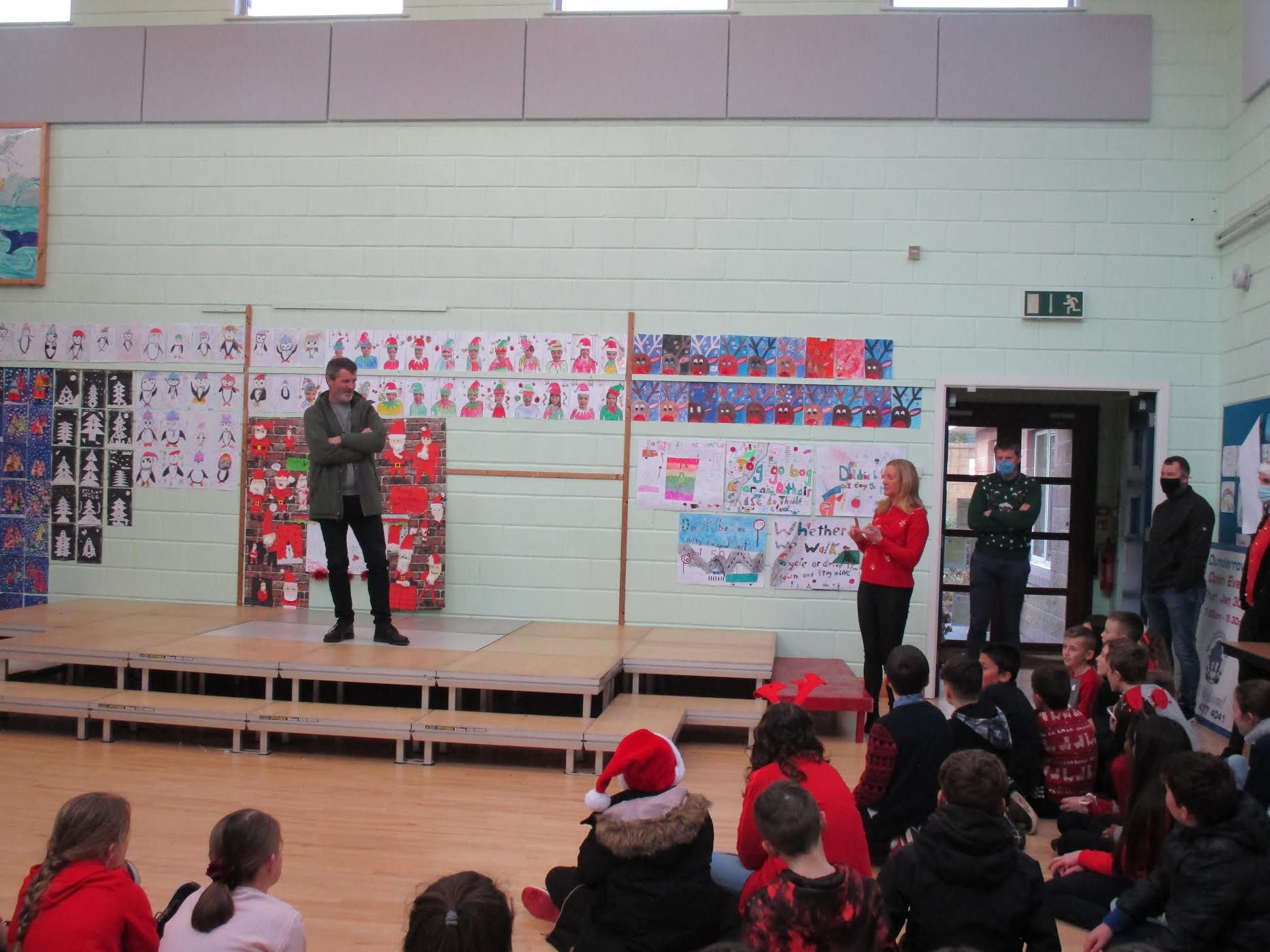 Speaking to The Southern Star, principal Triona Hannon said it was ‘surreal’ that Roy came to visit Noah and talk to the pupils at their school.

‘Noah is a die-hard fan of Roy Keane and a big Man United fan and we never expected him to come and visit us. He was very good and patient with the children from fifth and sixth class and he answered all their questions and they all knew who he was and recognised him,’ said Mrs Hannon.

‘Roy even came into the staffroom afterwards for a cup of tea and biscuits. He spoke to us about his family too which was interesting, and he seems to be really grounded and was very encouraging to the pupils. We were privileged to have hosted him.’ 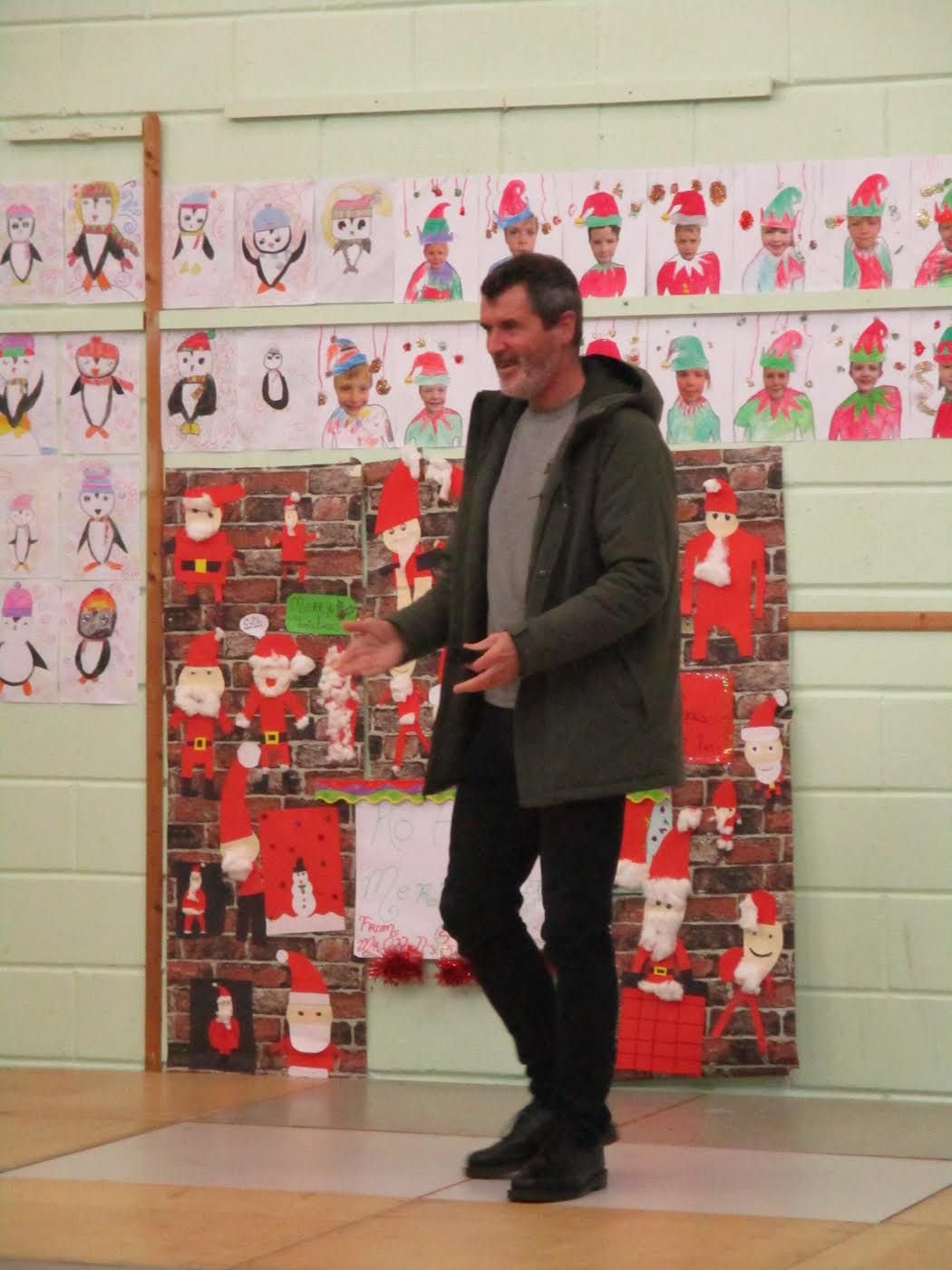 Roy spent almost an hour answering numerous questions from the pupils and he spoke to them about the importance of teamwork and that it’s not a solo run.

His visit coincided with the school’s fundraising Christmas Jumper Day for the RNLI when they had another important visitor.

That was Santa Claus – and even Roy couldn’t compete with the big man himself.