VERONICA Horgan's insightful interview with Dith S and Maura Derrane on RTE's 'The Today Show' was praised by viewers. 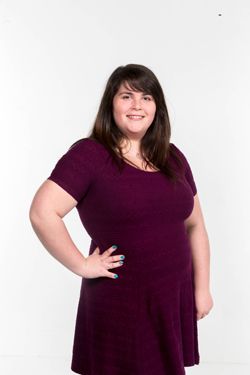 VERONICA Horgan’s insightful interview with Dáithí Ó Sé and Maura Derrane on RTÉ’s ‘The Today Show’ was praised by viewers.

It was a solo run for Veronica, the Operation Transformation leader who is from Dunmanway, but is now living in Clonakilty.

She admitted she was very nervous before going ‘live’ on air. ‘Every time I have to do an interview I freak out,’ she said, ‘because I think it is going to be awkward.’

‘This was even more nerve wrecking because I never had to do an interview on my own before. I probably shouldn’t have worried because Dáithí and Maura are really nice people and they were very easy to talk to.’

But the conversation, given the subject matter, couldn’t have been easy: Veronica spoke about the bullying she experienced as a child because she was foreign (her mother is Italian) and the even worse bullying she encountered in her mid-teens for being overweight.

‘I was called everything,’ she said. ‘Fat. Disgusting. Pig. It came mostly from boys. I have no brothers and I went to an all girls’ primary, so secondary school was my first real contact with boys, and having them bullying me was tough.

‘Everything I was feeling at the time, I bottled up. I didn’t cope with the bullying well and, at the age of 16, I attempted suicide. Luckily, I survived and my parents helped me and got me into counselling.

‘The counsellor gave me a couple of coping mechanisms to deal with things. Journaling (writing your thoughts and feelings down on paper) was one of them. I still use it today. But instead of just writing down the negative, I now have a journal for the positive as well. And it’s good to look back on that when I’ve had a tough day.’

Veronica told The Southern Star that the bullying she experienced as a child and as a teenager ‘shaped me to be the person I am today,’ and speaking directly to anyone who might be experiencing something similar she said: ‘If I had any advice for people it would be to talk about it rather than bottling it up.’