PAYMENTS under the three Discussion Group Programmes are now issuing to successful participants, according to Minister for Agriculture, Food and the Marine, Simon Coveney, TD. 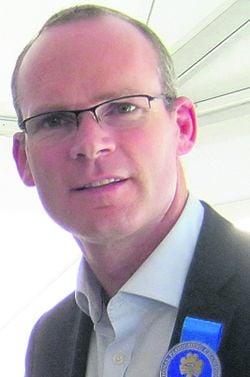 PAYMENTS under the three Discussion Group Programmes are now issuing to successful participants, according to Minister for Agriculture, Food and the Marine, Simon Coveney, TD.

The payments, totaling €9 million, will be paid to Beef, Sheep and Dairy Cash Plan participants who have successfully completed their programmes: ‘I am pleased to see that these payments are issuing to the participating farmers,’ the minister said, adding that ‘the benefits of these programmes in ensuring the uptake of new technology and the adoption of best commercial practice was highlighted in Food Harvest 2020 and so I am delighted to see the high levels of participation in the various sectors’.

The minister confirmed that the individual payment rates are being maintained at 2013 rates, as follows: Dairy Cash Plan €1,000, Sheep €825 and Beef €825.

Given the acknowledged and demonstrated success of the discussion group model, Minister Coveney has secured funding for the continuation of the Sheep Technology Adoption Programme in 2015. Furthermore, the 2014-2020 Rural Development programme proposes the establishment of Knowledge Transfer Groups across a range of sectors.

The minister said that ‘these groups will build on the lessons learned under the Discussion Group model and will see farmer meetings facilitated by highly qualified advisors resulting in the transfer and exchange of information and best practice’. He added that ‘this measure which will operate over three years will initially be delivered in the beef, dairy and equine sectors in 2015’.

He added: ‘I am encouraged at the level of commitment shown by the farmers concerned, with some 9,000 farmers successfully completing the 2014 programmes to date’ the Minister said. He concluded by encouraging all participating in the programmes in 2015 to do their utmost to participate fully in the schedule of meetings and events throughout the year and also to consider the opportunities associated with the Knowledge Transfer Measure proposed in the Rural Development Programme’.