Thomas and his siblings have done a really tasteful renovation job on their double decker bus, with a little help from celebrity architect Dermot Bannon.

In the two-parter, Dermot travels throughout the country meeting people who have designed, renovated and rebuilt the spaces around them throughout the pandemic.

He meets those who have brought their dreams to life including Thomas, Anna and Rachel McCarthy who transformed a Dublin bus they bought for €2,500, into stylish accommodation, and which is now heavily booked by curious guests for the summer.

The siblings lost their father Paddy to suicide in May 2020, and while Thomas said the project started out very impulsively, it turned into something more meaningful which helped with their grief.

‘In a weird way, it was a way of healing for us as we were outside, having fun, spending time together,’ he said. 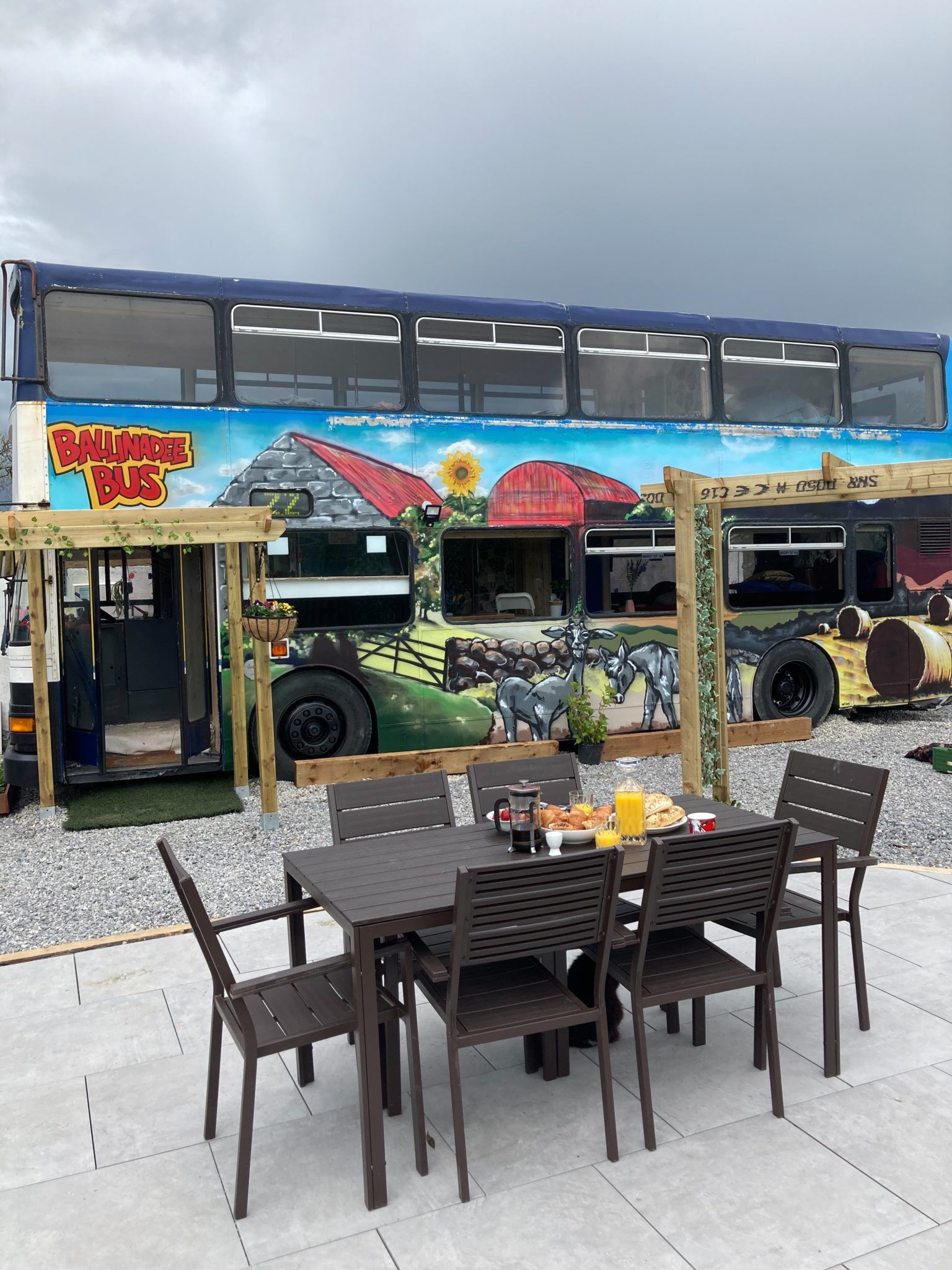 They shared the renovation project on TikTok which is where producers of the show spotted them and Thomas said they ‘jumped at the chance’ to be involved with Dermot when they got in touch.

‘We just thought it would be a fun thing to do, and a bit of exposure,’ he said.

Dermot made a few visits to them in West Cork and Thomas said the celebrity architect was ‘great craic, very genuine and exactly as he is on TV.’

Having said that though, they didn’t take on board too many of his ideas. 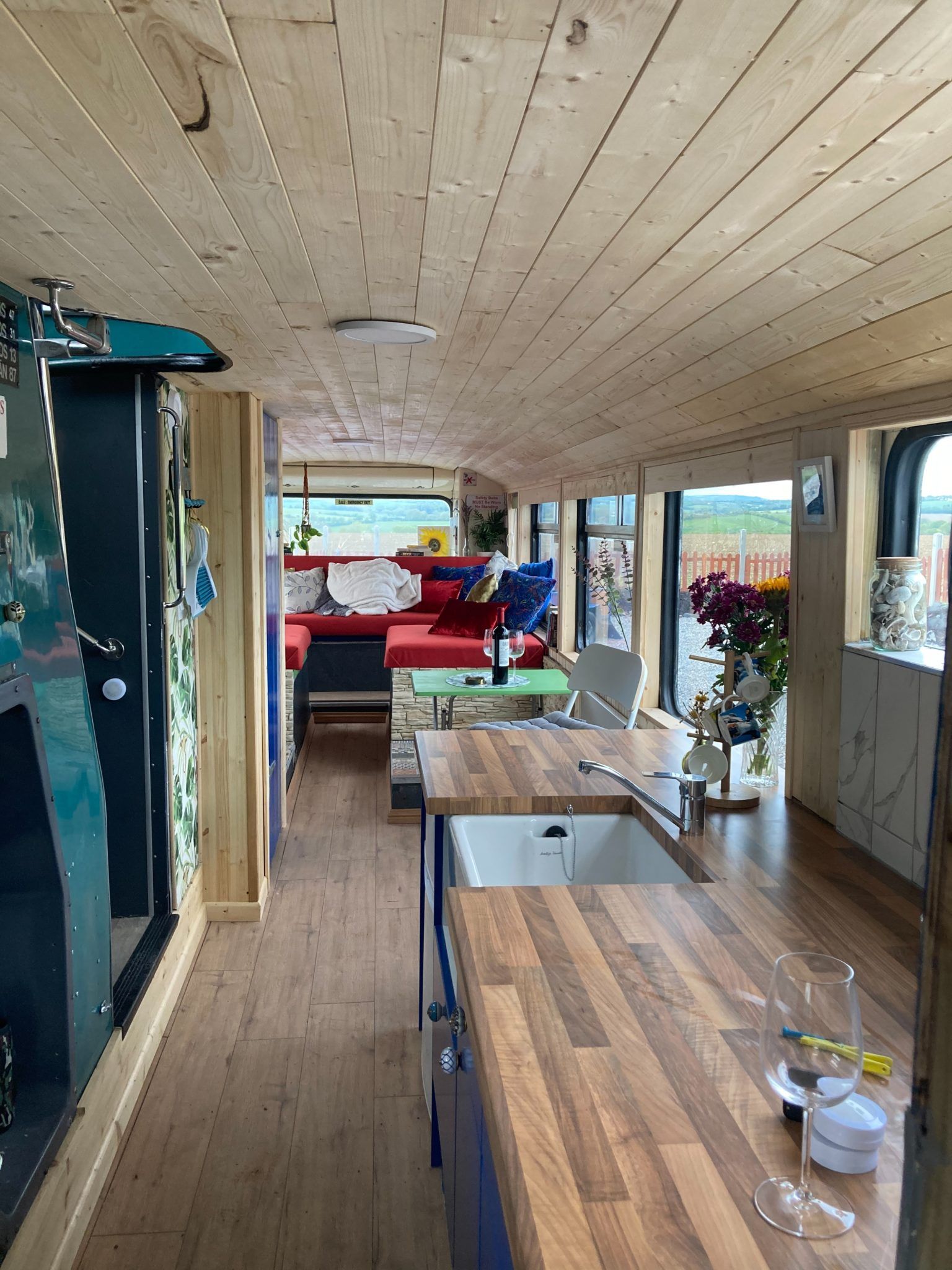 ‘We didn’t really listen to him at all! Although we had planned on putting the toilet inside the door where the driver’s seat was, and at his suggestion we moved it and made it into a really nice reading space instead, which was a good move.’

The vibe of the bus is funky, and is decorated with art that people sent them from around the country. There’s also lots of high-spec technology used.

‘We still wanted to keep a bus feel though, after all that’s the whole experience at the end of the day so we kept the stairs and the windows which give 360 degree views upstairs.’ The bus, which can sleep six, is located on a picturesque site on their farm, has its own patio, bar, hot tub, and outside cooking area, and is overlooked only by rescued donkeys and goats. 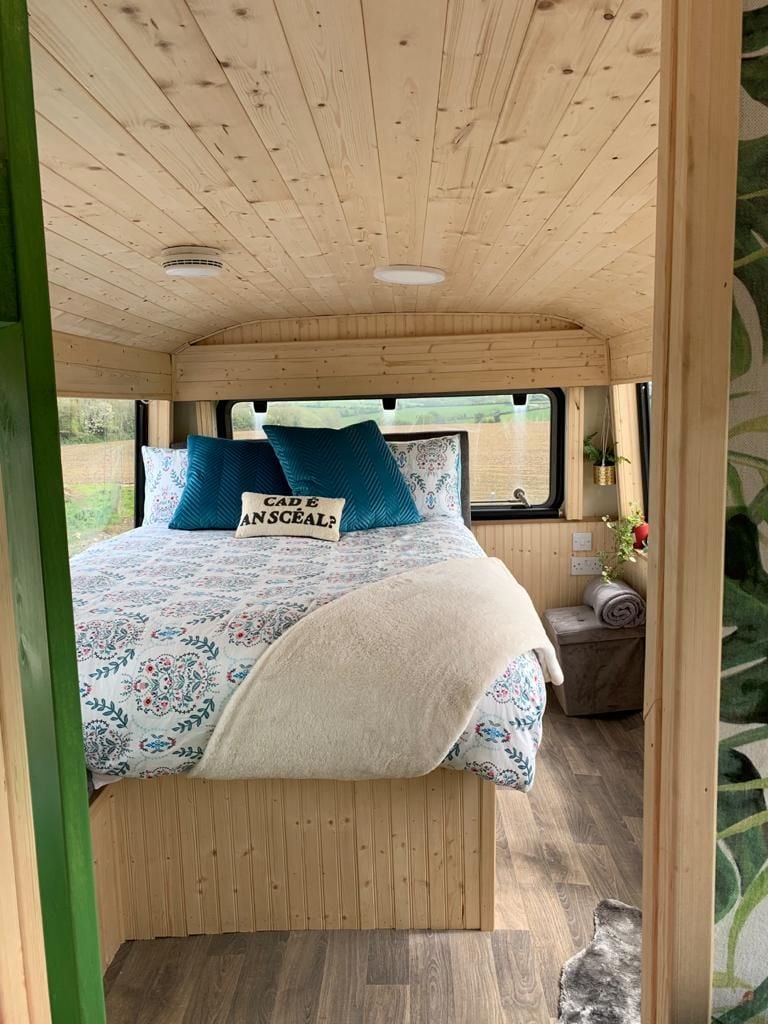 Thomas who had been working in Canada in a cocktail bar before his dad died, said he felt Paddy would be proud of them.

‘Although if he was alive he’d never have allowed us to do it, it’s so outside the box! Our mum loves it too as she enjoys having people around and this brought lots of family, neighbours and friends together during the project.’

The siblings are also fundraising for Kinsale Youth Support Services and are holding a raffle with a prize of a free night in the bus. See idonate.ie/ThomasMccarthy