THE High Court has refused to grant an order to Skibbereen Credit Union to clear the way for the sale of two family homes to meet a 560,000 unpaid loan. 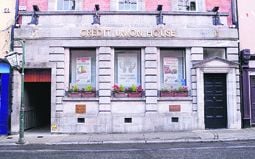 THE High Court has refused to grant an order to Skibbereen Credit Union to clear the way for the sale of two family homes to meet a €560,000 unpaid loan.

Mr Justice Michael White ruled the wives of the two men who took out the loan from Muintir Skibbereen Credit Union for property development were never consulted about the commercial loan and never signed any documentation providing their family homes as security.

Muintir Skibbereen Credit Union Ltd had sought an order declaring the debt owed by the two men was ‘well charged’ on their property and it sought the sale of the two family properties.

Due to financial difficulties, and the collapse of the property market, they were not able to repay the loan.

Judgment was obtained by Muintir Skibbereen Credit Union in October 2011 for the sum of €562,500 and costs.

Two months later, judgment was registered on the properties the men owned with their wives.

Mr Justice White said the Crowleys married in 1993 and have three chidlren. Mr Crowley’s wife, Breda Crowley, he said, never signed any documentation providing the family home as any security for the commercial loan, the judge said.

The Hamiltons married in 1978 and have three grown up children. Mr Justrice White said the Hamiltons suffer from ill-health and Breda Hamilton never signed any documentation providing the family home as security.

Mr Justice White said it was within the court’s discretion to decide if it was appropriate to grant the orders sought and to order partition and sale of the properties.

Refusing the application, Judge White said both the properties are the family homes of the Crowleys and Hamiltons.

Breda Crowley and Breda Hamilton, he said, were never consulted about the commercial loan drawn down from the credit union.

The judge said the two women never signed any documentation providing the family home as security.

The judge said he took into account the personal circumstances of the two women. Mrs Crowley had three young children aged six, eight and thirteen, and Mrs Hamilton suffers from ill-health.

Both men, he said, are in serious debt and 50% of the net proceeds of any sale of the family homes due to the spouses would not provide either family with sufficient resources to purchase another family home.