Mary O’Neill has a pint of Murphy’s ready and waiting, and a seat reserved, in O’Neill’s of Butlerstown for newly-elected Taoiseach, Micheál Martin. Also pictured is her godchild, Sarah Dineen. (Photo: Martin Walsh)

IT may be several weeks before newly elected Taoiseach Micheál Martin gets an opportunity to return to his holiday home in Courtmacsherry, but locals are still gearing up to give him a great welcome.

The Turner’s Cross native and Fianna Fail leader has spent 35 years travelling up and down to the West Cork holiday village where he mingles freely with locals and fellow holidaymakers alike.

He was introduced to the award-winning scenic village by his wife Mary (nee O’Shea), whose link to the area goes back generations.

Her mother Mary O’Shea (nee Sheehy) was reared in Courtmacsherry and her grandparents Maurice (Sheehy) and Mary (nee Murphy) taught in the local national schools in Lislevane and Timoleague respectively.

Her granduncle John Sheehy was the national school teacher in Courtmacsherry and of course Mary herself, married into the teaching profession as Micheál was a teacher in Cork city before entering politics.

Mary Martin told The Southern Star this week: ‘Right into my adulthood, I was always referred to as Mary Sheehy’s granddaughter!’

She explained that Micheál was a regular in the village during their courtship. ‘We got married in 1990 but we were coming to Courtmacsherry from the mid-1980s. It’s a case of home from home. We have always been treated as part of the furniture, so to speak. Micheál was in Courtmacsherry ever before he was in politics.’

She said the family holiday in Courtmac was an annual feature for the Martins. ‘We have always gone on holiday there and the children love it as well. I think people don’t even take any notice, really. Micheál adores just walking around Courtmac, with Setanta our dog, and it’s probably his biggest downtime in the world, it’s total relaxation and we are treated like family. It’s a huge part of our lives.’

There is no doubt that the profile of Courtmacsherry has benefitted from its association with Micheál Martin, whether he is leading a walk or a cycle or the RNLI New Year’s Day swim. The locals have watched him become Cork Lord Mayor, a TD, a Minister (on four different occasions), the leader of Fianna Fáil and now Taoiseach. Like the rest of his family, he remains one of their own, it’s the way he likes it.

Mary will have the pint of Murphy’s ready for Mícheál after his swim!

COURTMACSHERRY is enjoying its place in the limelight with the news that their adopted son has been elected Taoiseach.

But that’s nothing compared to the celebrations that will happen later this summer when Micheál Martin returns to his holiday home.

Micheál’s wife Mary told The Southern Star that the couple have been visiting West Cork since the mid-eighties, thanks to her links with the area.

Since then, they have ‘always been treated as part of the furniture’.

Micheál was, she said, ‘in Courtmacsherry ever before he was in politics’.

During his Late Late Show interview earlier this year, Micheál told host Ryan Tubridy that when he is down in Courtmacsherry, he really enjoys calling in to Mary O’Neill’s in Butlerstown for a pint. 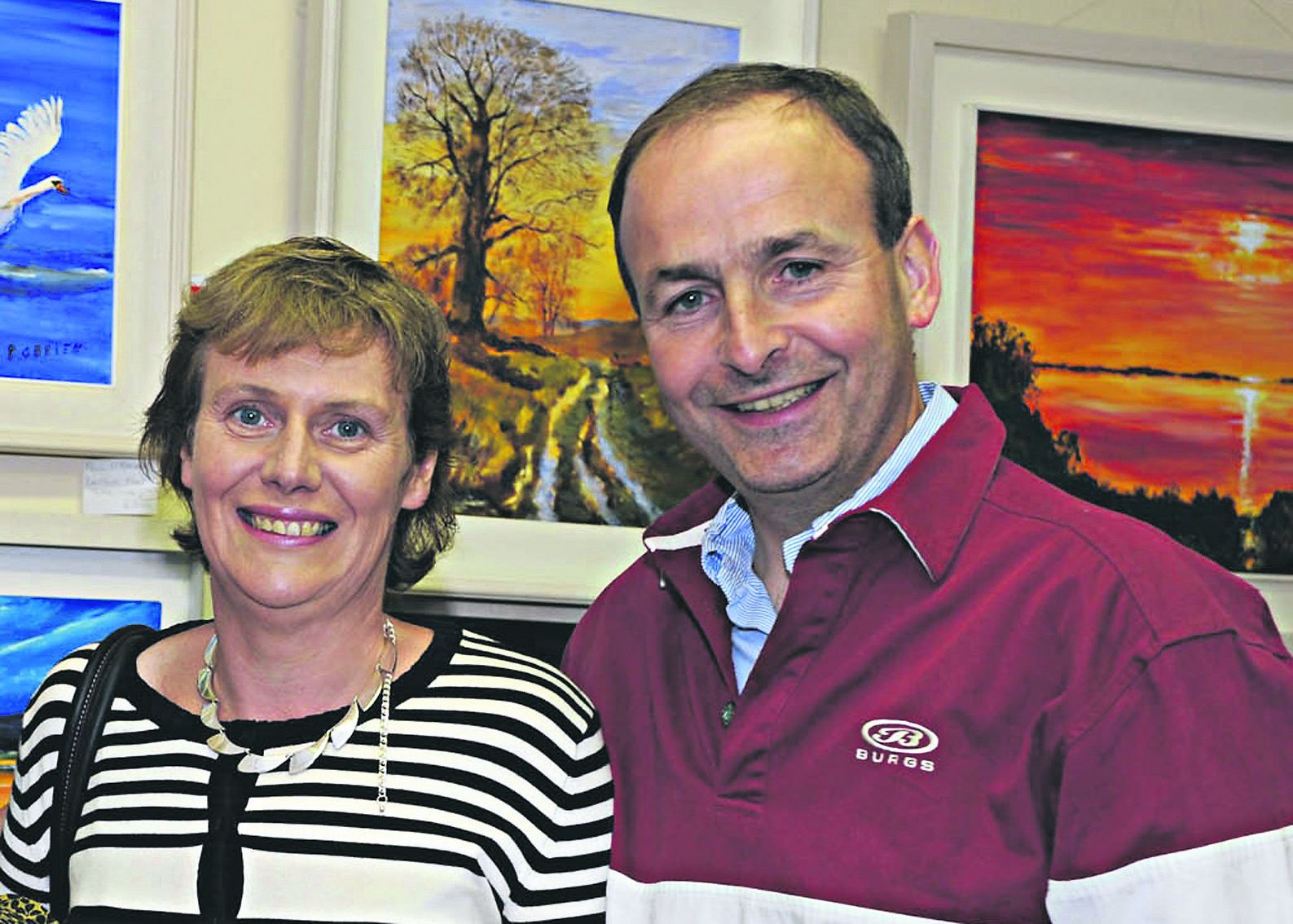 Mary and Micheál Martin at an RNLI art exhibition in Courtmacsherry in 2008. (Photo: Martin Walsh)

Naturally delighted that one of  her summer customers has become Taoiseach, Mary told the Star this week that she was thrilled for him.

‘It hasn’t surprised me at all that he has become Taoiseach.  I am delighted for himself, Mary and all their family.  He has a lovely personality, he’s a nice friendly man and he chats away to all my other customers in the bar.  He enjoys the chat and the fun with the other customers.’

She also revealed our new Taoiseach’s love of a good Cork pint.

‘He likes his pint of Murphy’s on his way back from a swim. I’m really chuffed that our most famous customer has become our national leader. We have full faith that he will do a superb job.

‘It will be a pleasure to fill him that pint of Murphy’s and welcome him back as Taoiseach to O’Neill’s Bar in Butlerstown.’

Mary revealed that she was thrilled with the mention on the Late Late: ‘It was a lovely gesture. Sure he needn’t have done it at all. It was marvellous.’

‘We are delighted with the election of Micheál as Taoiseach. We look forward to when he returns to his holiday home here and we will have a rapturous welcome for him. This is a historic occasion for the community to have such a close connection with the Taoiseach, a milestone which we are extremely proud of.’

He said Micheál has long been a supporter of local events, including the Harbour Festival, Courtmacsherry RNLI and the Great Wild Atlantic Marathon Walk. ‘He promotes the area regularly on a national platform. We wish him well in his tenure as the 15th Taoiseach of Ireland. And, of course, we look forward to what lies ahead for us in Courtmacsherry!’