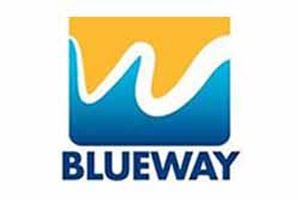 BANTRY will be the location for the launch of Cork’s first Blueway Trail, a kayaking and tourism initiative that has the potential to attract thousands of water enthusiasts to the area every year.

Jim Kennedy of Atlantic Sea Kayaking – who was hired as a consultant by the Port of Cork to map the route and gather information for the Bantry and Ilen River trails – believes the launch next Monday will be ‘a significant development’ in terms of enhancing West Cork’s tourism potential.

Speaking on behalf of Bantry Bay Port Company, Cork Harbour Master, Captain Paul O’Regan, also welcomed the initiative saying: ‘With the market for adventure and marine tourism on the rise here in Ireland, and internationally, Bantry is in a prime position to benefit from this trend.’

Captain O’Regan said he was confident ‘we will see visitors from across Ireland and abroad visiting Bantry to experience this picturesque yet challenging Blueway.’

Bantry Bay Port Company, in partnership with Waterways Ireland, the Irish Sports Council, Canoeing Ireland, and Fáilte Ireland – and with the input of Jim Kennedy – developed the project over the last number of months.

What they will be launching at the slipway in Abbey Point in Bantry at 2.30pm on Monday, August 10th, will, in fact, feature three Bantry trails including a 2km green trail for beginners; a 6km blue trail for intermediate level; and a 9km red trail for those with advanced kayaking skills.

The benefit of having the routes mapped out and information boards in place at places of historic and scenic interest is that will inspire confidence in the kayakers and allow them to undertake the journey in safety.

The Blueway trails are to be a feature all along the coastline, particularly along the route of the Wild Atlantic Way, but West Cork is considered to be especially suitable for the type of Blueways that will be accessible by all users, including beginners.

Another trail that is ‘almost finished’ is the Ilen Blueway from Skibbereen to Baltimore.

And, by the time the complete project in Cork is rolled out, there will be trails stretching from the city to the furthest reaches of the county.

When completed, the proposed trails will take in routes from the city, south, as far as Crosshaven, and to the east, to Cobh and beyond to Cuskinny and East Ferry.

The plans for Cork city were first mooted in January 2014 when William O’Halloran of the South and East Cork Area Development contacted the Irish Sports Council’s National Trails Office and Canoeing Ireland.

Trail feasibility inspections were completed last September with all of the proposed trails having been visited and assessed by William O’Halloran and Jim Kennedy.

Fáilte Ireland is already promoting a number of Blueways on its blueway.ie site and from 2.30pm next Monday Bantry Blueway will be ‘good to go.’