LAST week, the Irish Independent broke the story that Sinn Féin party members were given fake ID badges and instructions on how to misrepresent themselves as pollsters to survey households during election campaigns. This was all grist to the mill for those who would wish to expose Sinn Féin as a sinister force on the electoral landscape.

Soon, however, it emerged that they were all at it, or at least most of them.

Fine Gael also created fake business cards for a fictitious polling company to dupe citizens into giving them their voting preferences on the doorsteps.

Mick Wallace even dressed up as Ronald McDonald in the run-up to the European elections in order to find out how many real socialists lived in his constituency. Okay, I made the last one up, but it’s fair to say that this nefarious practice was considered fair game in political circles up until recent years.

It would make you question all the visitors to your house over the past decade, wouldn’t it? Were those really bin men who called around last week to pick up the rubbish or were they a squadron of undercover Shinners?

And what about that child covered in twigs who came to the door last Christmas singing about birds? Was it really a local Wren Boy or could it have been Willie O’Dea in disguise?

Of course, the parties involved say the practice has been entirely discontinued and, in any event, it all feels fairly anachronistic.

After all, who needs to dress up in a fake moustache and comedy beard to pull blood from a stone when we’re all more than willing to relinquish all our deepest political, sexual and retail preferences via the internet on a daily basis?

EVERYTHING is political these days, it seems. Last week we had the unlikely war of words between Hungarian strongman Victor Orban and the Irish international footballers.

Orban claimed that the Irish players ‘provoked’ the Hungarian fans to boo them for taking the knee in protest against racism. Stephen Kenny and Taoiseach Micheál Martin were quick to come out in support of the Irish players and proper order too. It’s fair to say we at The Southern Star, (incorporating The Skibbereen Eagle), will be ‘keeping a close eye’ on Mister Orban and his carry-on.

Orban’s not the only one ‘always at it’, as the saying goes. A small but vocal cohort of English soccer fans seem to share Orban’s view that footballers taking the knee is some sort of existential threat to their crumbling towers of masculinity.

They even booed their own team for taking the knee before their opening game of Euro 2020 against Croatia game on Sunday.

Funnily enough, their boos soon turned to cheers when one of their own black players, Raheem Sterling, went and scored the winning goal. It couldn’t have contrasted more with the truly moving scenes the previous evening when Danish midfielder Christian Eriksen collapsed on the pitch and had to be resuscitated by emergency services. The outpouring of relief in the stadium when it was confirmed that Eriksen was well and sitting up in hospital was truly a sight to behold. It’s a funny old game. 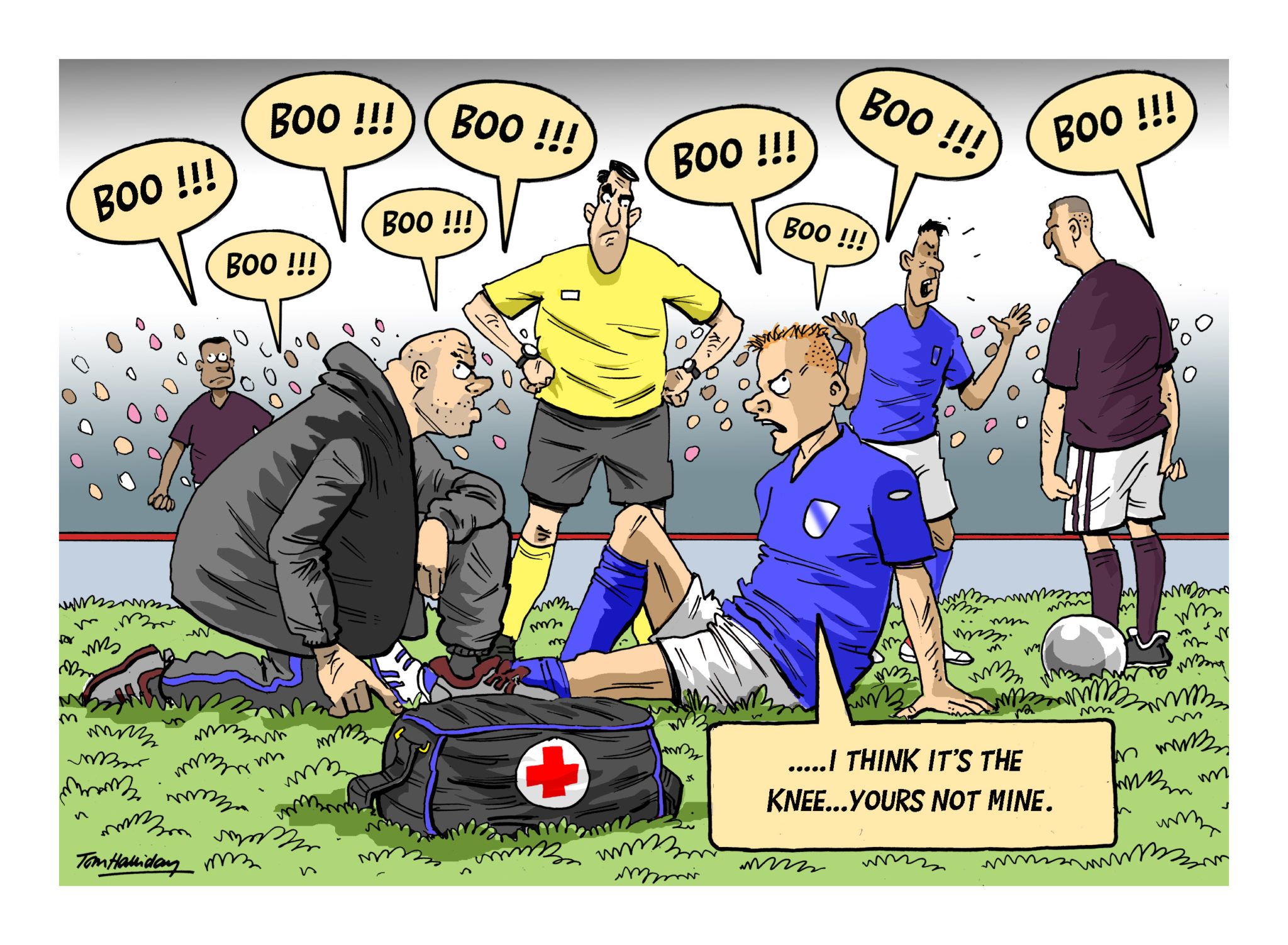 Euro 2020 wasn’t the only event that Ireland had to sit back and watch from the sidelines last week.

World leaders gathered in beautiful Cornwall for the latest meeting of the G7 nations. Joe Biden, leading a re-engaged America, looked like he was desperately trying to clear the air after Trump’s noxious fart of a presidency.

Meanwhile, Boris flopped around in the sea breeze like Toady from Toad Hall, downplaying the rift between the UK and the EU over the Northern Ireland Protocol, in a carefully orchestrated press shoot which had all the hallmarks of a Carrie Simmons production.

It was all steaks, firepits and brie on the beach in Cornwall, a sort of ‘West Cork of the shires’ where, apparently, the Land Rover Discoverys of visiting Londoners now outnumber the locals. Be careful what you wish for. I don’t know about you, but I had horrible flashbacks to June 10th 2004 when Bertie Ahern represented Europe at the then G8 summit on Sea Island in Georgia, USA.

As I watched the news at the weekend, I kept half-expecting Bertie to pop up on the beach in that canary yellow suit he wore then, a sartorial decision so controversial, with a colour scheme so absolutely blinding, they say it set back global diplomacy by a decade.

So what did these world leaders achieve on their little jaunt in sunny Cornwall? Not a whole pile, if you ask me.

They pledged 1bn doses of vaccines to the poorer nations of the world which falls about 10bn short of what campaigners believe necessary to stamp out Covid-19.

They got David Attenborough in on Zoom to say some scary things about climate change and probably nodded their heads gravely in agreement but showed none of the urgency required to tackle the problem.

Former PM Gordon Brown put it best when he told Sky News: ’I’m afraid there will be smiles but they are not solutions’, calling the summit ‘an unforgivable moral failure’. But sure, the brie was only handsome.