After two years of global health scares, it was time for ‘red’ scares this week with global geopolitics literally reaching our shores. It wasn’t any run-of-the-mill international diplomatic kerfuffle, either. It was more like the demented, loopy stuff you might see on the telly if you were on the couch running a fever.

It was surreal enough to hear the Russians had plans to perform military exercises inside Ireland’s Exclusive Economic Zone. Indeed it was the greatest infraction onto foreign territory since the Kerry senior footballers snuck across the border to do secret training on The Long Strand.

But things got weirder as the week went on.

In a normal country, the navy would be dispatched to intervene. Indeed Senator Gerry Craughwell, with his own military background, was adamant we should send a ship to monitor them. He was even prepared to man the decks himself. I’m not sure what the plan was after that. Disapproving looks across the waves? Loud tutting via megaphone? Spud guns?

The truth is, Ireland doesn’t really have a meaningful, comprehensive system of military defence.

The Caheragh Over-40s fullback line would have a better chance of defending itself, to be honest. A newspaper revealed at the weekend that a report by the Commission on the Defence Forces will find striking gaps in the State’s capacity to protect its national security from external incursion by air or sea.

But maybe we have a creative solution staring us in the face? It was time for the West Cork fisherman to step in this time.

Like the Caheragh fullback lines, these lads are made of hardy stuff, as we all know. They have braved huge Atlantic swells and galeforce winds.

They have battled conger eels and raiding Spaniards.

Most of all, they’ve had to confront the destructive force of their own government’s odious fishing policies.

US TV networks began to cover the story, with a hint of wry amusement.

And so Donie the cuddly Kerryman was scrambled by CNN to add an extra dose of strangeness to proceedings. What had started as a David vs Goliath battle had now transformed into David & Donie vs Goliath.

I was half-expecting Fungi the dolphin to pop out of the water to Riverdance his way towards the approaching enemy(God rest his gentle soul).

Despite all the madness, and completely by accident, we may have stumbled across a unique and coherent way to defend the country.

Instead of spending billions on tanks and stealth bombers, what if we simply combine well-organised local representative groups with our beloved class of kooky celebrities?

If Donie and the Beara fishermen can send the Ruskies packing, then maybe we could deploy Daniel O’Donnell and a crack squadron from the ICA to defend Rockall? Could you send a phalanx of Dublin taxi drivers, spearheaded by Mattress Mick, to police the border in the Irish Sea?

And why stop at defending our borders? Why not strike bravely and make a bid for Wales? 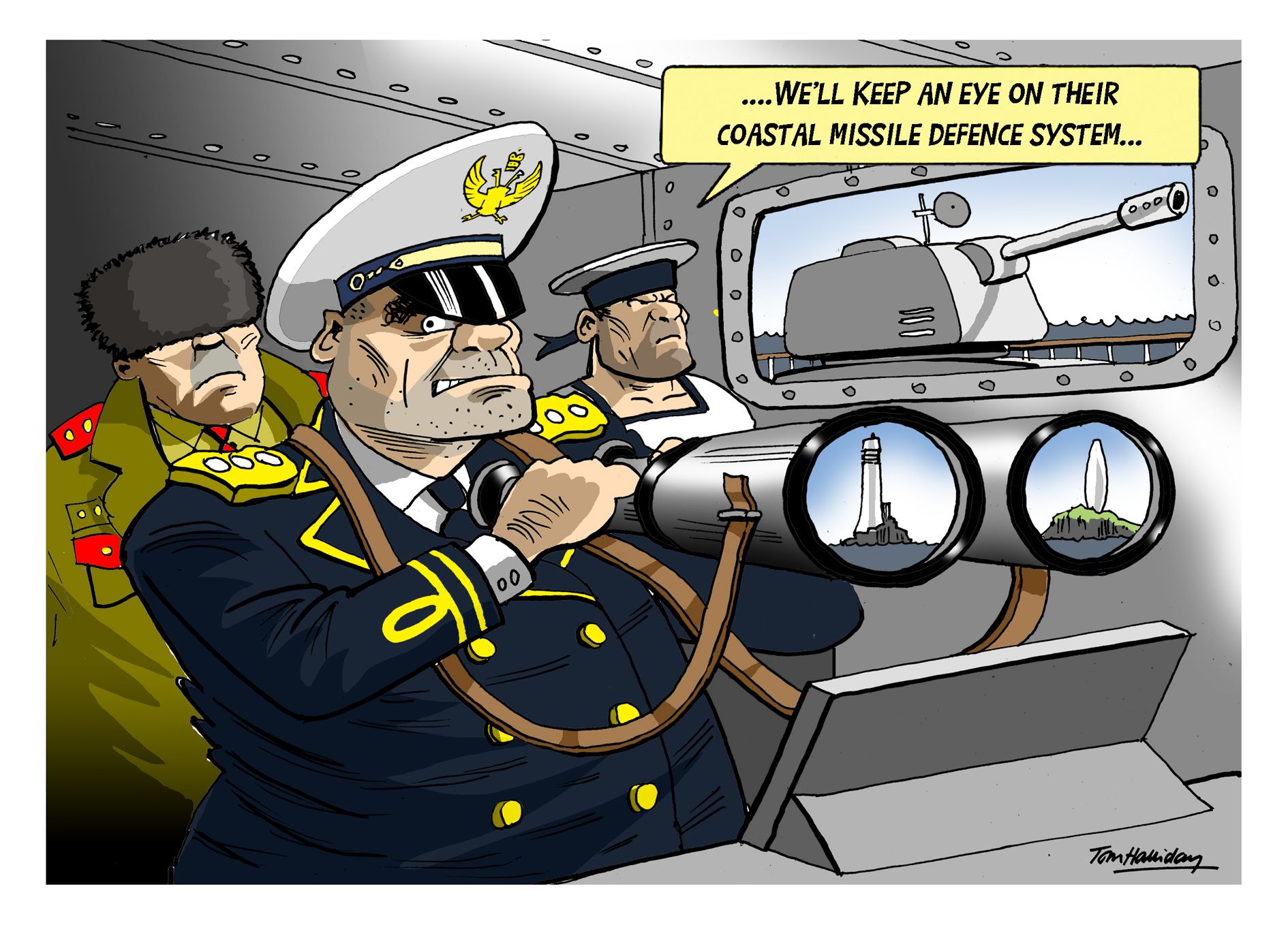 Keeping an eye on Donie

YOU couldn’t move for Donie at one point over the weekend. As well as being all over The Southern Star’s social media platforms (exclusively, we may add, til those Dublin meejas got involved), he popped up again on the Brendan O’Connor Show on Sunday morning on his drive to Castletownbere from Cork city. He had pulled in on the side of the road in Béal na Bláth to take the call.

He’d want to keep his eyes peeled there, I thought.

Speaking of which, there was a lot of chattering in the capital this week when news emerged that the Michael Collins Festival in Newcestown was going to attempt to bring as many men named Michael Collins into one place in a world record attempt. A great idea, I thought to myself, we’ll finally need a collective noun for Michael Collinses. A ‘treaty’ of Collinses perhaps? The organisers better prepare themselves, however – 400 Michael Collinses is one thing.

But what do you do when 500 Eamon De Valeras appear over the top of the hill on opening night?

Michael is an antidote

TWO cultural recommendations that made a big impression this week – the Irish film Herself, produced by Element Films and Merman is one of the best Irish-made films I’ve ever seen.

It features a truly moving central performance by actress Clare Dunne who also wrote the script (you might know her from Kin). In fact, the entire cast is brilliant.

And finally, it can be hard to keep the mind quiet and avoid overload in our 24/7 world of news and social media these days.

To dip your toe into a different pace and perspective, I’d highly recommend The Michael Harding Podcast, where Michael’s musings on life, Cavan and faith, provide the perfect antidote to our increasingly fractious culture.

There’s oodles of wisdom in there and I go to it like a well every weekend.

In the same way as the world might go to Donie when the Russians are at your door.