BY JACKIE KEOGH A FOURTH member of Fianna Fil, Alan Coleman, the mayor of Cork County, has declared his intention to seek a party nomination to run in Cork South West. 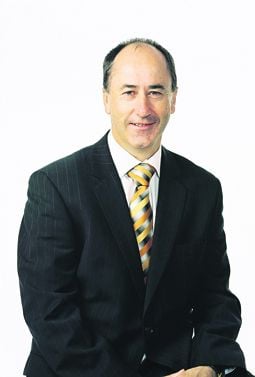 A FOURTH member of Fianna Fáil, Alan Coleman, the mayor of Cork County, has declared his intention to seek a party nomination to run in Cork South West.

The mayor, a leader of the Fianna Fáil group on Cork County Council, set out his stall in a letter to the party faithful saying: ‘I have given strong representation to the people of Bandon/Kinsale Electoral area.’

He said: ‘I have demonstrated that I can bring a new energy and profile to the role of County Mayor and, if selected as your candidate, I will use that energy and enthusiasm to win a seat for Fianna Fáil in what will be a challenging election.

‘I have proven my ability at local level,’ he added, ‘and I now relish the opportunity to represent you and the people of the South West Cork Constituency at National Level.’

Although the date of the party’s selection convention has yet to be announced, Senator Denis O’Donovan has already declared, as has Cllr Margaret Murphy O’Mahony, who is Fianna Fáil’s only Cork South West female member of Cork County Council, as well as a former town councillor and mayor of Bandon, Gillian Coughlan. The election is not due until Spring 2015.