From meditation to creative writing, a women’s brunch to a walking group, there’s something for everyone at the new resource centre in Clonakilty. And the vibe running throughout it all is a wonderful welcome and warmth

Located on Western Road, it was launched last month by Mary Groeger, chairperson of the Cork Mental Health Foundation assisted by Clonakilty Mayor, Anthony McDermott. It was a poignant moment for many to see, what was first discussed at a public meeting in O’Donovan’s Hotel on a dark October night almost five years ago, becoming a reality.

There are four resource centres throughout West Cork in Bandon, Skibbereen, Dunmanway and Adrigole.

Clonakilty, unlike the other towns in West Cork, displayed a high degree of social segregation with affluent areas interspersed with disadvantaged and other deprived areas.

The presence of higher income city commuters, and several affluent neighbourhoods combined to give the town a superior socio-economic reputation relative to other towns. 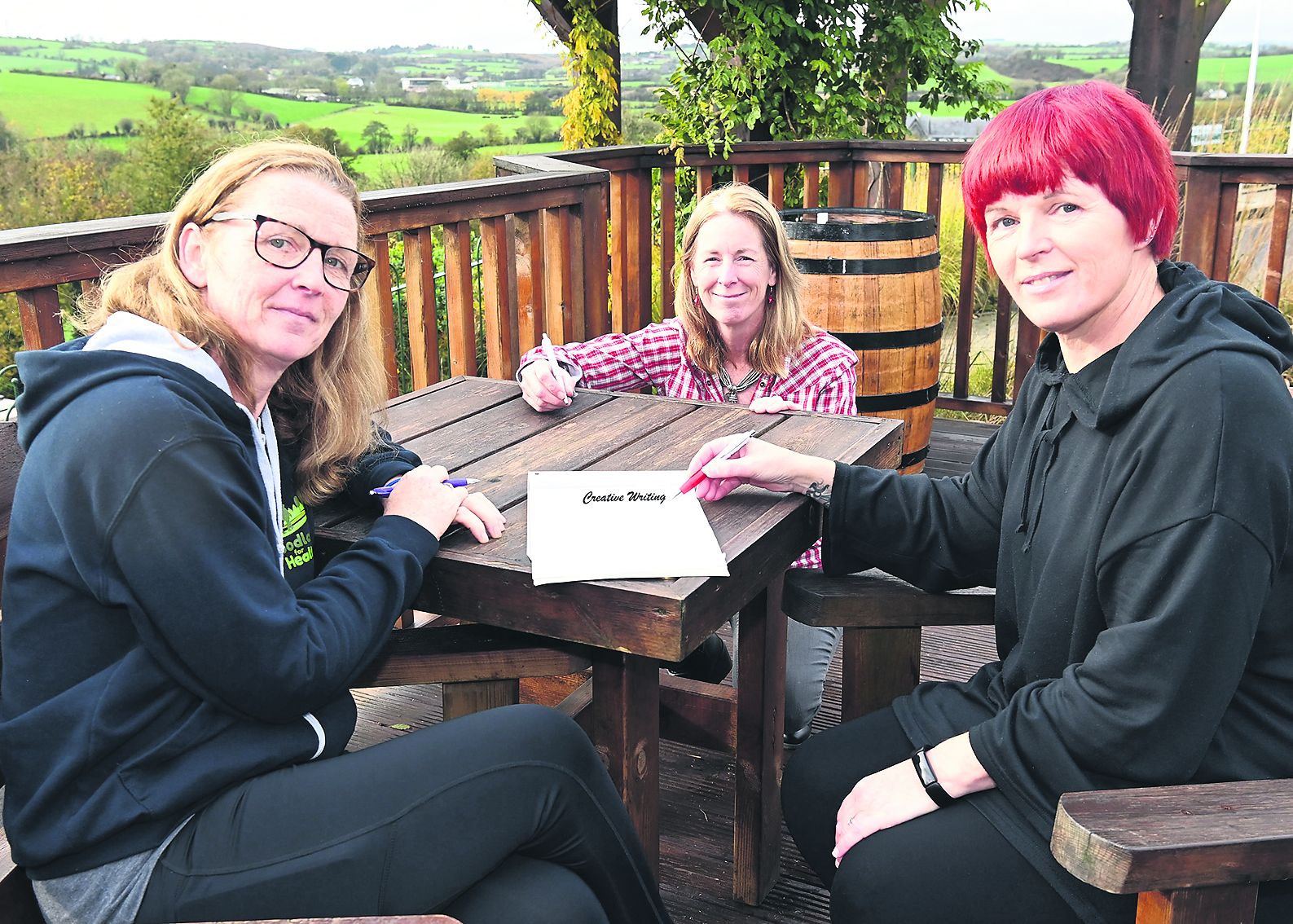 Whilst this was the case to some degree, a closer look revealed some neighbourhoods and certain social groups were at risk of being left behind.

‘Clonakilty initially was not considered “sufficiently deprived” to need a resource centre.  However, the analysis of need through researcher Caroline Crowley, commissioned by West Cork Development Partnership and the consultation through an extensive Planning for Real process showed that there was both a need and a want for a such a service,’ said centre volunteer Kathryn Kingston.

Cork Mental Health Foundation (CMHF) supported the vision for a centre  and agreed that the presence of a Community Resource Centre allied with local support would provide both a physical and administrative structure through which to organise and streamline access to vital services and supports into the future.

This has given the Resource Centre the backing and governance support of a larger organisation whilst at the same time, the autonomy of the operations on a day-to-day basis.

Brendan McCarthy, CEO of Cork Mental Health said: ‘We are delighted to be associated with the Clonakilty Community Resource Centre. I along with my board believe it will be an incredible resource for the town and we look forward to working with the committee to develop it further.  Knowing Kathryn, Helen and the rest of the committee, it won’t take them long to be looking for an even bigger premises.’

The Clonakilty Community Resource Centre is currently manned by approx. seven volunteers, but in a positive development has recently been approved for two Community Employment places through the West Cork Community and Environmental Project. 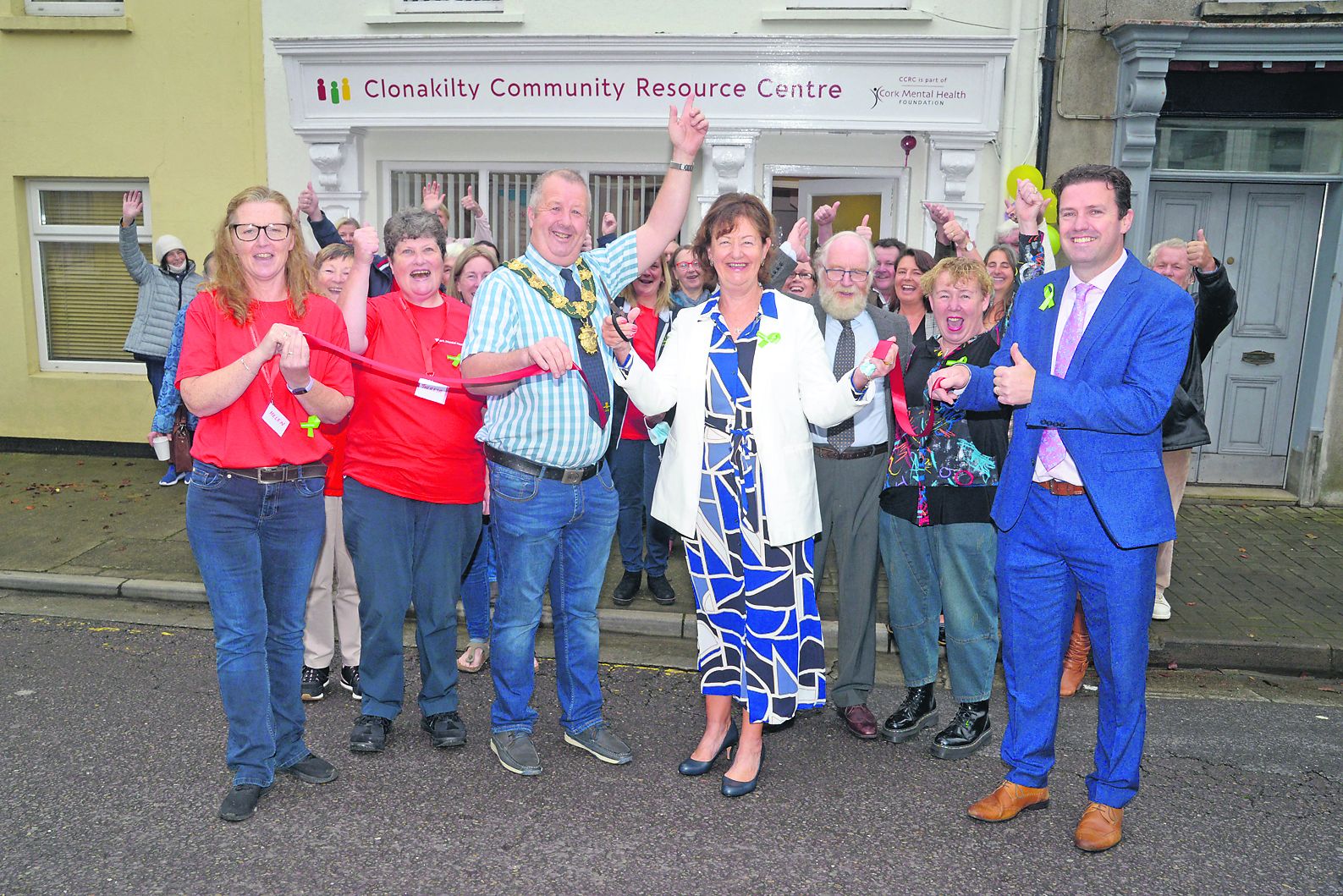 The warm welcome and the homely atmosphere has transferred from the initial home in the Traveller’s Centre, where it opened one morning a week from 2018, to the new home at 21 Western Road, locally known as Yvonne Hayes’ former GP surgery.

Some 12 initial group activities have already been announced including walking, creative writing, art, mindfulness and meditation.

Kathryn also highlighted a women’s brunch that takes place once a month at the weekends.

It’s enjoyed, she said, by people who for various reasons find it hard to fill the time at weekends and it’s proving a big hit. A similar men’s group has also been set up and is just as popular.

Kathryn said: ‘We have such a safe and welcoming space here, with such a cosy vibe going on. You really have to see it to believe it.’