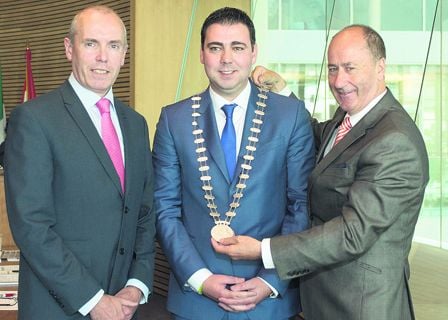 FORMER County Mayor Alan Coleman says that all schools should return for the new academic year, on September 1st.

Cllr Alan Coleman, who is to contest the next general election as an independent candidate, has called on the Minister for Education to make September 1st the standard day for schools to return.

‘A growing trend has emerged in recent years where schools are returning earlier in August and this is hampering tourism in Ireland,’ he said this week. ‘Traditionally, Irish schools did not return until September 1st, but as a result of this now creeping into August, the family tourist season has been shortened.’

Cllr Coleman said that tourism in certain areas thrives in the summer season and provides a huge economic boost to many struggling parts of rural Ireland. ‘Depriving tourist operators of a large share of the family market in the latter end of August is proving detrimental. As many operators have mentioned to me, it is a long winter to survive, and all opportunities need to be capitalised on.’

The election candidate said that in February 2014, the Department of Education issued a directive to schools outlining the standardisation of the school year through to 2016. This circular standardised the dates for Christmas, Easter and mid term break holidays for all primary and post primary schools. However, this standardisation did not issue a clear dictate on the day schools should return from summer holidays, said the councillor.

Primary schools are required to be open a minimum of 167 days and post primary 183 days. Even though the aforementioned four holiday periods are standardised, the Department did not avail of the opportunity with summer holidays,’ he added.

The dates on which schools return has been left to their own discretion. Cllr Coleman said that he has written to the Minister for Education Jan O’Sullivan, highlighting the issue.

‘We have seen standardisation of every other school holiday, so I see little reason not to standardise the school opening date. This is the time of the year when we have a warmer climate, longer evenings and more outdoor activities for domestic tourists. All we are calling for is common sense and joined-up thinking by the Government,’ he said.