Prof Gerry, with his wife Breda, daughter Orla, son Eoghan and Cork players Michael Shields, Eoin Cadogan and Alan Quirke on the occasion of his retirement. The statue unveiling, Orla says, will be a bittersweet occasion.

A WEST Cork surgeon who dedicated his life to helping people with cancer, and who lost his own life to a rare form of the disease, would have been ‘chuffed’ with the statue in his honour.

Professor Gerry O’Sullivan is a name that needs little introduction in his native Caheragh, and he is as well-known and regarded as far away as the US for his pioneering medical work.

He was a highly acclaimed surgeon, scientist and cancer researcher, whose expertise was matched by his belief in the power of research to mould a better future for people with cancer.

He was also an extremely compassionate man, who cared deeply about people, and never returned from a trip to West Cork without more names for his clinical list.

In 2014, the Caheragh community, who are immensely proud of Gerry, created a ‘Science Through Nature’ themed recreational park, which was named in his honour to preserve his memory and inspire future generations.

The Kirby family in Killeenleigh donated the four-acre plot, which links the school and churches to the rest of the village, and the development was funded by generous private donations, Cork County Council and other voluntary groups.

Now, eight years later, the same community have come together again and commissioned a life-size statue of the professor by sculptor Don Cronin, which will take centre place in the memorial park. 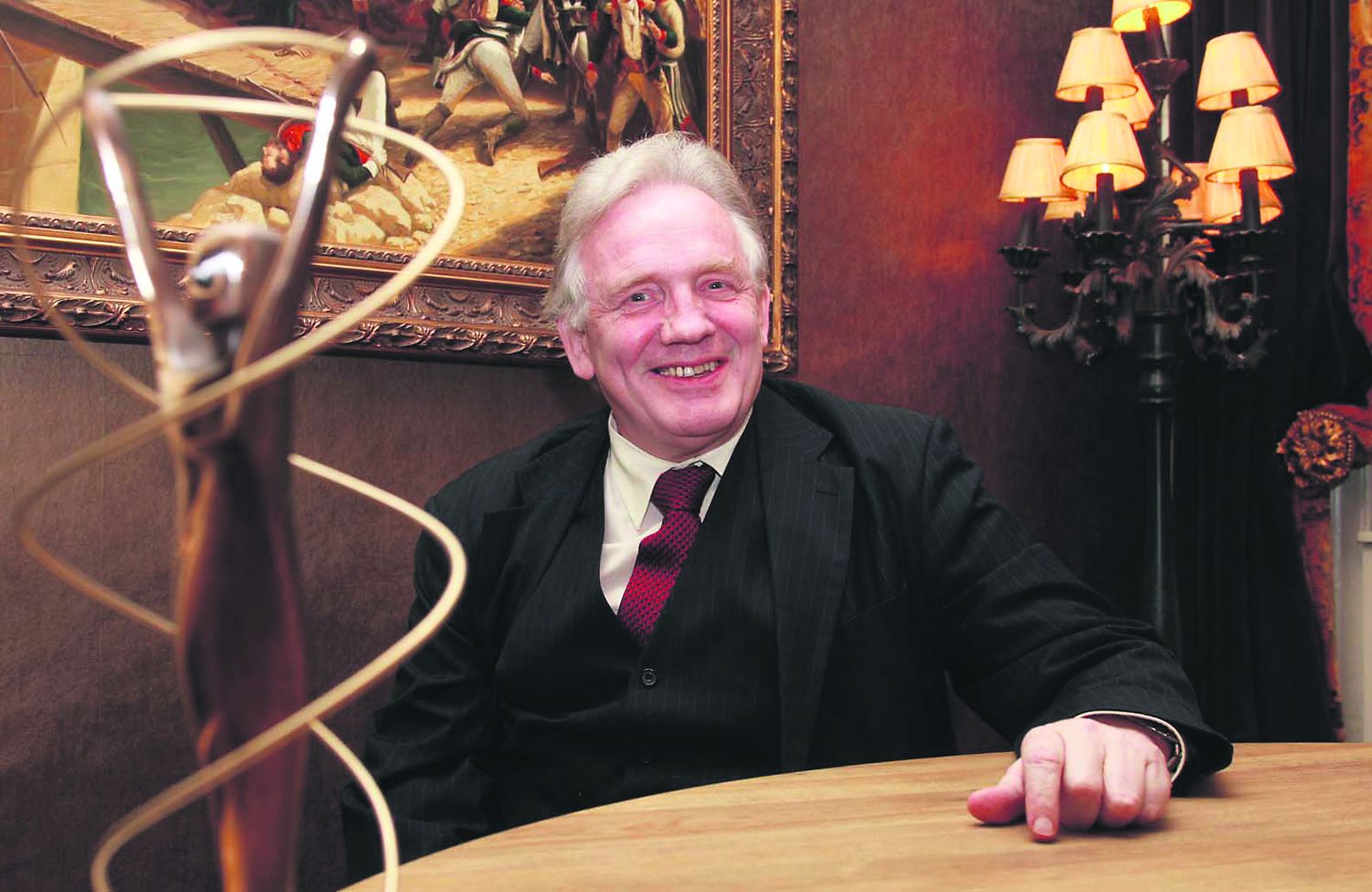 Prof Gerry converted an old milking parlour in Caheragh into what he called ‘The Academy,’ for tea and chats.

It’s fitting that the statue will be unveiled on National Cancer Survivors’ Day, Sunday June 5th, and that a keynote speaker on the day will fellow intrepid researcher, influential scientist and leading immunologist, Professor Luke O’Neill.

Gerry spent as much of his free time as possible ‘down West’ and religiously attended the Threshing Festival in the community every year until he passed in 2012 aged 65.

His daughter Orla Dolan, who heads up Breakthrough Cancer Research, said her dad always had a special place in his heart for West Cork – he even lived on the western side of the city to get there as quickly as possible!

‘He’d get back to Caheragh as often as he could especially in the last few years when he became unwell. It was his spiritual home,’ she said.

She recalled that when he was in surgery and something challenging would come up and he had to take a moment, he’d stop up and say he was ‘looking West for inspiration.’

‘I remember at the weekend he’d often go off in the morning and come back at midnight having visited 10 kitchen tables during the day, and with the names of more people to add to his surgical list,’ said Orla.

She also tells how he and his brothers converted an old milking parlour at the home place in Milleenahorna which he called ‘The Academy.’

‘They’d sit in there for hours having tea and chats!’ she said.

Orla said her dad would be ‘chuffed’ with the statue unveiling.

‘He had a huge affection and pride for where he was from and for the people of the place, so to see that reflected back is really special,’ she said.

They have seen the statue ahead of the unveiling and are very pleased with it.

It’s a fitting way to honour Gerry who was always fascinated by people’s creativity.

‘He was always buying books on sculptors, or paintings when he visited me in the States, and carvings on his visits to Asia and Africa. I remember my mum would be saying “where are we going to put them!” I suppose it was because he was a surgeon, he loved hearing how people made things with their hands.’

Prof Gerry’s legacy was creating new treatments for cancer, which is what Caheragh community has now down with the park and statue.

‘It’s about preserving his legacy and providing inspiration for future generations,’ said Orla.

She’ll attend the unveiling with her siblings, and mum Breda, originally from Bantry, and relatives from the US, and West Cork. It will be a bittersweet occasion, she admits, with tears, but lots of joy.

‘I know he would have felt immensely honoured and humbled by this event.’ 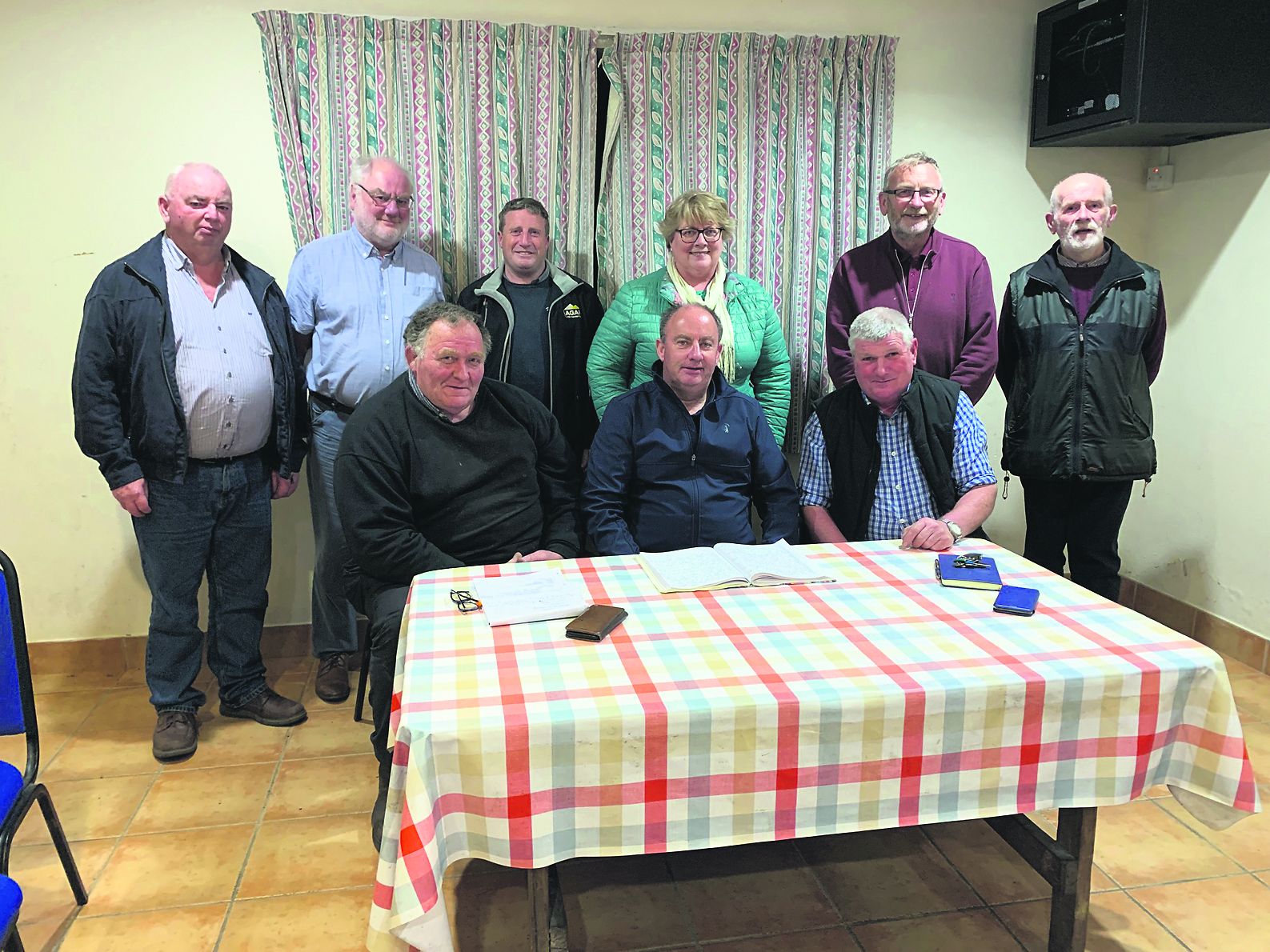 Chair of the committee Micheál Kirby, said: ‘Professor O’Sullivan died at the young age of 65 from cancer, a disease he had spent his whole career saving others from.  We are so incredibly proud of his achievements and the man he became and want to encourage young people in our community to follow in his footsteps. Nothing is impossible when you have passion, determination and a kind heart.  Gerry never forgot his roots in West Cork and we will always remember him.’

The statue unveiling is an event open to the public from 1.30pm-4pm on Sunday, June 5th.

In addition to the commemoration ceremony, there will be dancing performances from the local national school, music with the St Fachtna’s Silver Band, face painting and food trucks.

• Gerry  grew up on a farm in Milleenahorna, Caheragh, went to Gurrane National School, and then to St Fachtna’s De La Salle High School in Skibbereen.

• After postgraduate training in Dublin, Cork, Coventry, Edmonton and Chicago, he was awarded the RCSI surgical fellowship in 1980 and returned to the Mercy Hospital, Cork. He later worked for the Park medical organisation in the Middle East (1983–5), founding the surgical department at Baghdad Hospital and establishing a kidney transplant programme there.

• Upon his return to Cork, he was appointed consultant general surgeon at the Mercy (1985), where he and his colleagues changed the nature of the Mercy Hospital in Cork from a first-class community hospital to a centre of academic excellence.

• In 1999 he was appointed associate professor with the Department of Surgery, UCC. He was also founding director of the Cork Cancer Research Centre, set up that year to research poor prognosis cancers and later set up the national cancer charity Breakthrough Cancer Research.

• When he was elected president of the Royal College of Surgeons in Ireland in 2006, it was the first time since the foundation of the College in 1784, that a Cork surgeon practising in Cork was elected to its highest office.

• He was subsequently elected president of the European Surgical Association in 2008 and was given an honorary fellowship of the American College of Surgeons in the same year, an honour, which is limited to 100 living surgeons worldwide at any time.

• When awarded an honorary fellowship of the American College of Surgeons in 2008, the citation referred to his ‘profound impact on Irish, European and American surgery’ and also mentioned that he was ‘known and loved by many surgeons and physicians’.

• In 2009 Prof O’Sullivan was the recipient of the Lifetime Achievement Award at the 2009 Irish Journal of Medical Science–Doctor Awards for his contributions to medicine in recognition of being a pioneering Irish surgeon and researcher. In the citation, he was described as the ‘most outstanding’ surgeons of his generation and one of its ‘most original’ thinkers.