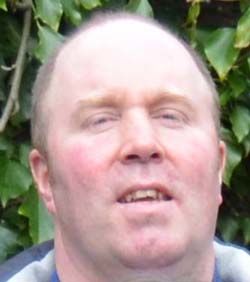 The association’s chairman, Darren Lynch, outlined seven key infrastructural requirements when the members of the West Cork Municipal District held their first ever meeting in Castletownbere at the BIM headquarters recently.

Mr Lynch said traffic congestion – owing to the town having a narrow main street – had made the need for a bypass their top priority. He said the obvious route for the proposed bypass would be along the pier. And that the project could lend itself to the development of a new car park on reclaimed land.

The second item on the Castletownbere Development Association’s wish list is a wastewater treatment plant. Mr Lynch explained that businesses are currently being charged more for ‘wastewater out than fresh water in, regardless of the fact that it is largely untreated.’ He pointed out that there had been various proposals for a treatment plant over the last 30 years or more, but the situation now needed to be addressed ‘with the utmost importance.’

And he welcomed comments made by the councillors that a proposal to develop a new wastewater treatment plant had become a ‘Stage B’ priority.

Mr Lynch pointed out that desperately-needed road resurfacing works had been put on hold because of the wastewater issue, but he said the current state of the roadway from The Square to the top of the town is ‘appalling’ and was ‘a health and safety issue.’

The decision to reduce the opening times of the town’s water recycling centre was number four on the association’s agenda. Mr Lynch said: ‘It is a shame to have such a fine facility only open two-and-a-half days a week, with lunchtime closure.’

He said the reduced opening hours are, according to the local tidy towns committee, having an impact on the environment because there is now ‘visibly more rubbish in the vicinity.’

The association chairman described the town’s public toilets as ‘dire.’

He said they are a terrible advertisement for the town because it can be visitors’ first port of call when they arrive in Castletownbere.

Mr Lynch told the councillors there is an urgent need to improve parts of the road from Kenmare and Glengarriff because the amount of heavy traffic using the roads is increasing on an annual basis. And he also pointed out that the bridge in Adrigole inhibits the possibility of bringing anything other than a standard articulated truck into the region.

Last, but not least, Mr Lynch said: ‘It would be a great asset to the town to have a bike rack in The Square. It is an achievable goal, but possibly not before the 2,000 cyclists participating in the ‘Ring of Beara Kenmare Cycle’ arrives in town this weekend.’