With the uncertainties of Brexit mainly behind them and their new Ballineen cheese plant online, there’s a renewed focus at Carbery on creating what looks set to be the first climate neutral dairy farm near Bandon

THE Carbery plant in Ballineen has enough capacity to support their farmer shareholders’ growth through to 2030, without significant additional capacity investment.

That’s according to its CEO Jason Hawkins as he announced that 596m litres of milk were processed by them in Ballineen last year, an increase of 5% in milk volume.

Since the elimination of quotas in 2015, their milk volumes have grown by 56%, but he assured their 1,215 suppliers across the four local co-ops that their current capital investment would allow them to keep up with supply.

With annual results released last week, showing revenue  up 5.8% to €459.5m across the Group, Mr Hawkins emphasised that they were committed to finding the right balance to reflect the needs of consumers, the public and farmers. ‘Along with the four West Cork co-ops of Bandon, Barryroe, Drinagh and Lisavaird, we continue to focus on delivering best practices in the areas of quality, animal welfare and the environment. Our farmer suppliers have never been found wanting when it comes to delivering against these requirements and we thank you for that.’

Dairy prices were subdued but stable during the year, and global milk supply continued to be stable at 1.7%, he said.

‘Due to market performance, the Carbery board once again decided to fully utilise the stability fund throughout the year to supplement the milk price paid. The board declared a €10m bonus at year end in respect of milk supplied during the year. A decision was taken to defer this  bonus payment and allocate it to the Stability Fund,’ he said. He added:  ‘We know it’s essential for the future of dairy that we continue the work with our farmers to improve the carbon footprint of farming. This is why we have prioritised our Farm Zero C project this year, a project aiming to create a climate neutral dairy farm. The interest in this project from our farming community shows that, as we have always known, farmers understand the challenges of climate change, their central role in addressing it, and are ready to act. However, the solutions we offer have to be easy to apply on family farms, and not impact profitability or milk quality.’  Carbery employs 800 people globally and operates from 10 locations including Ireland, UK, USA, Brazil, Italy, Indonesia and Thailand.

Behind the scenes: a sector analysis 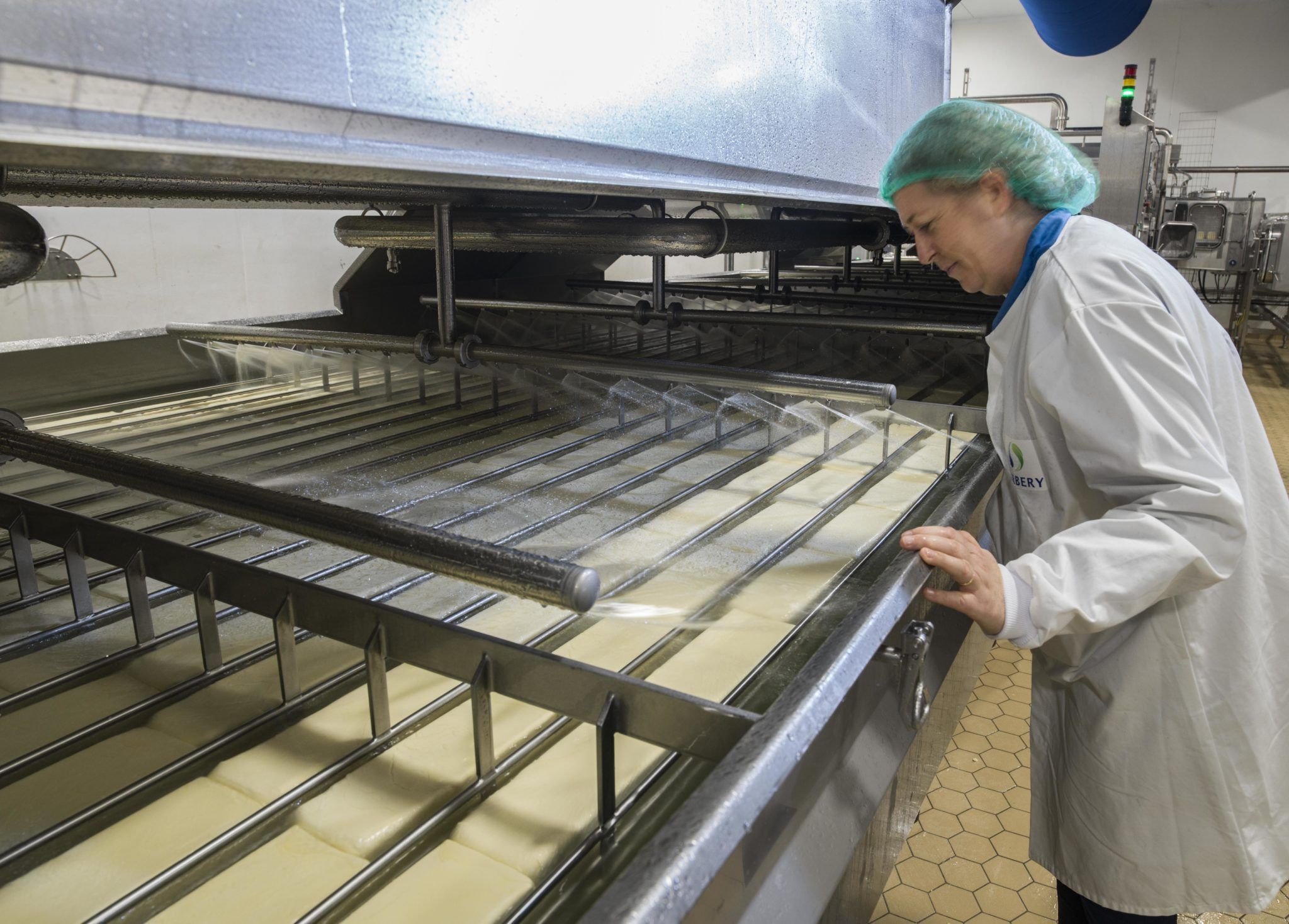 The new mozzarella plant was commissioned in late 2020 with the first commercial orders sent to the UK, South Korea, China and Europe. Cheddar demand remained strong throughout the pandemic and 55,000t of cheese were produced last year.

Countering the decline of food service, retail demand was very strong throughout the pandemic, which can be seen through the increased demand for cheddar overall and in particular for high-quality cheddars which Carbery specialises in producing. The group’s international business continued to grow, particularly in Asia, with the launch of the Carbery Dairy brand.

Asia continues to be a focus region for the nutrition business. Carbery continued to expand on their research for performance nutrition in 2020, which saw the launch of Optipep 4Power, a hydrolysed whey protein that, when taken before a high-intensity workout, helps athletes produce and sustain more power compared to whey protein concentrate.

The Taste platform performed strongly in 2020, despite the multiple challenges that the year presented. The decline in food service did impact parts of the business, but research and new product development continued and overall, the business recovered well by the end of the year.

The group continued to work towards a target of becoming carbon neutral by 2035 across all sites through decarbonising existing energy sources. Emissions intensity across the group reduced by 4.8% between 2019 and 2020 – more product is being made, but it has less embedded carbon. In 2020, water use per unit of production was reduced by 2.8%.

Carbon Navigator data assembled and calculated by Bord Bia through the Sustainable Dairy Assurance Scheme shows that Carbery farmers have reduced their carbon footprint by 4.2% in 2020 compared to 2019.

The Farm Zero C project, launched in 2020, is a comprehensive effort to find ways to decarbonise on-farm dairy emissions. The project brings together a group of academic and industry experts in a world-first attempt to come up with a farm-level solution for a global problem. The interdisciplinary programme of work is targeting soil and grassland; animal diet and breeding; biodiversity; life cycle analysis; and renewable energy.