When Dacia produced their second generation Duster a couple of years ago, they made a statement. Not any more to be a cheap and cheerless brand, with an indifference towards build quality details. Still cheaper than rivals, but now with the details sorted for buyers in this part of the world, and a budget SUV with mainstream attributes.

A couple of weeks ago in Ireland they wrote the next paragraph of that statement.

The new generation Sandero and its Stepway ruggedised variant have also dropped the cheerless ethos.

New platform, exteriors restyled, interiors with well-fitting trim whether in the basic or upper levels of grade. The latest underpinnings from the budget brand’s owner Renault. And, if you want them, fully-kitted versions.

I had a quick drive on the launch day in both, in pretty poor weather conditions. And was nevertheless impressed. 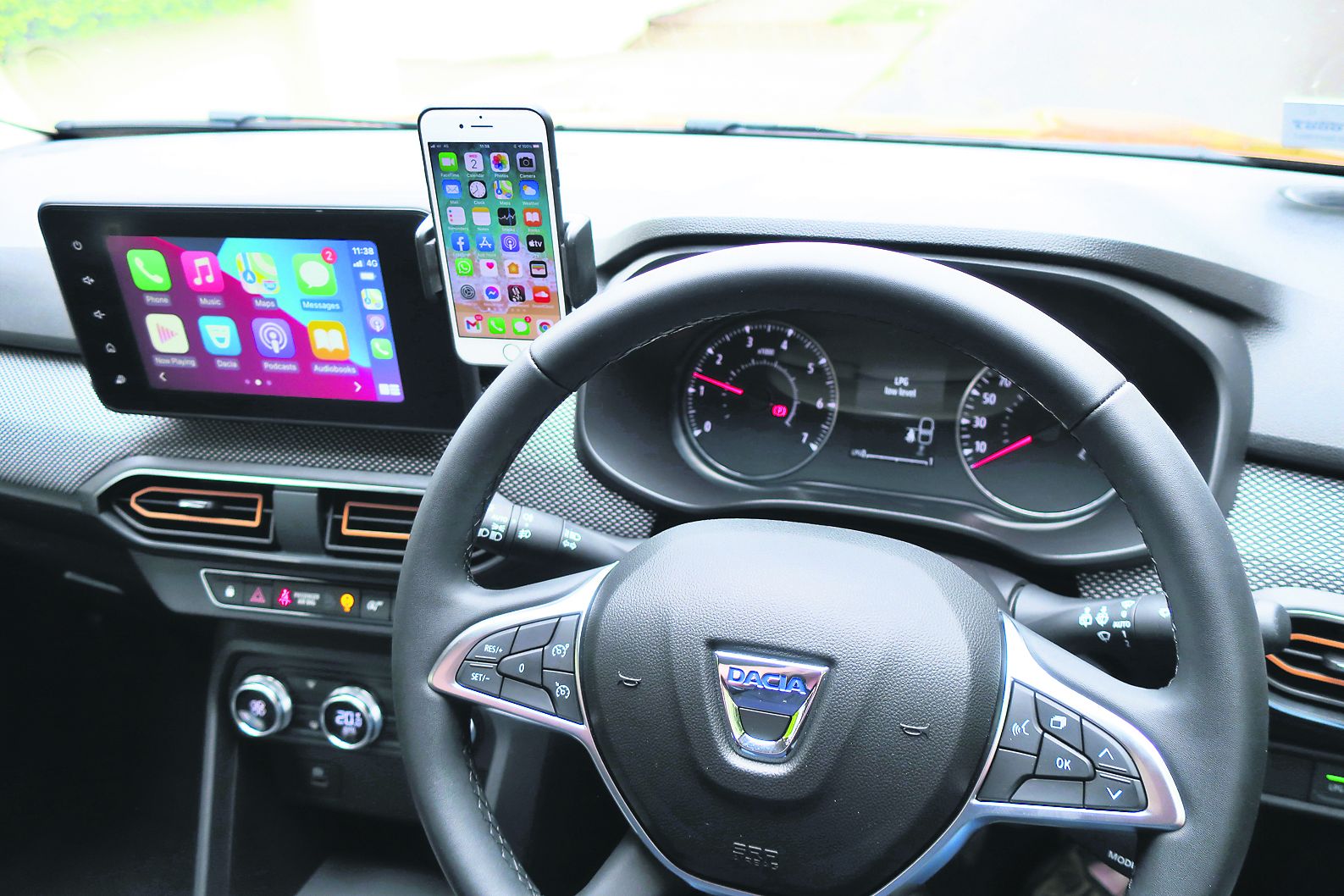 The Sandero was the most basic, the Stepway the top of range. After a recent full week with that latter, I found that there’s no need to slum it if you need affordability.

Even, god bless ‘em, the ‘shockingly affordable’ tagline that the Dacia marketeers like to use.The overall length of the new cars is similar to their predecessors, but there’s more room inside.

There’s a big upshift in style in the Stepway, especially in the Prestige version I was driving for review. So much so, that I was followed home by a current Duster owner who had seen me downtown, and wanted to know about this latest one, for his wife.

In that gold colour, it certainly looked the stylish and rugged part.

Including the roof rails, which have a very neat trick of being easily turned into transverse racks for carrying overhead loads like piping, planks or bicycles.

There are more pronounced wheel arches, a wider track than the previous version, and black body cladding, along with skid plates that are actually metal.

Both of the latest cars come with a distinctive LED lighting signature front and rear, and the front lights stretch 37pc further into the darkness than what has been the case.

The Stepway has its own grille design, and the review car showed off snappy alloys. 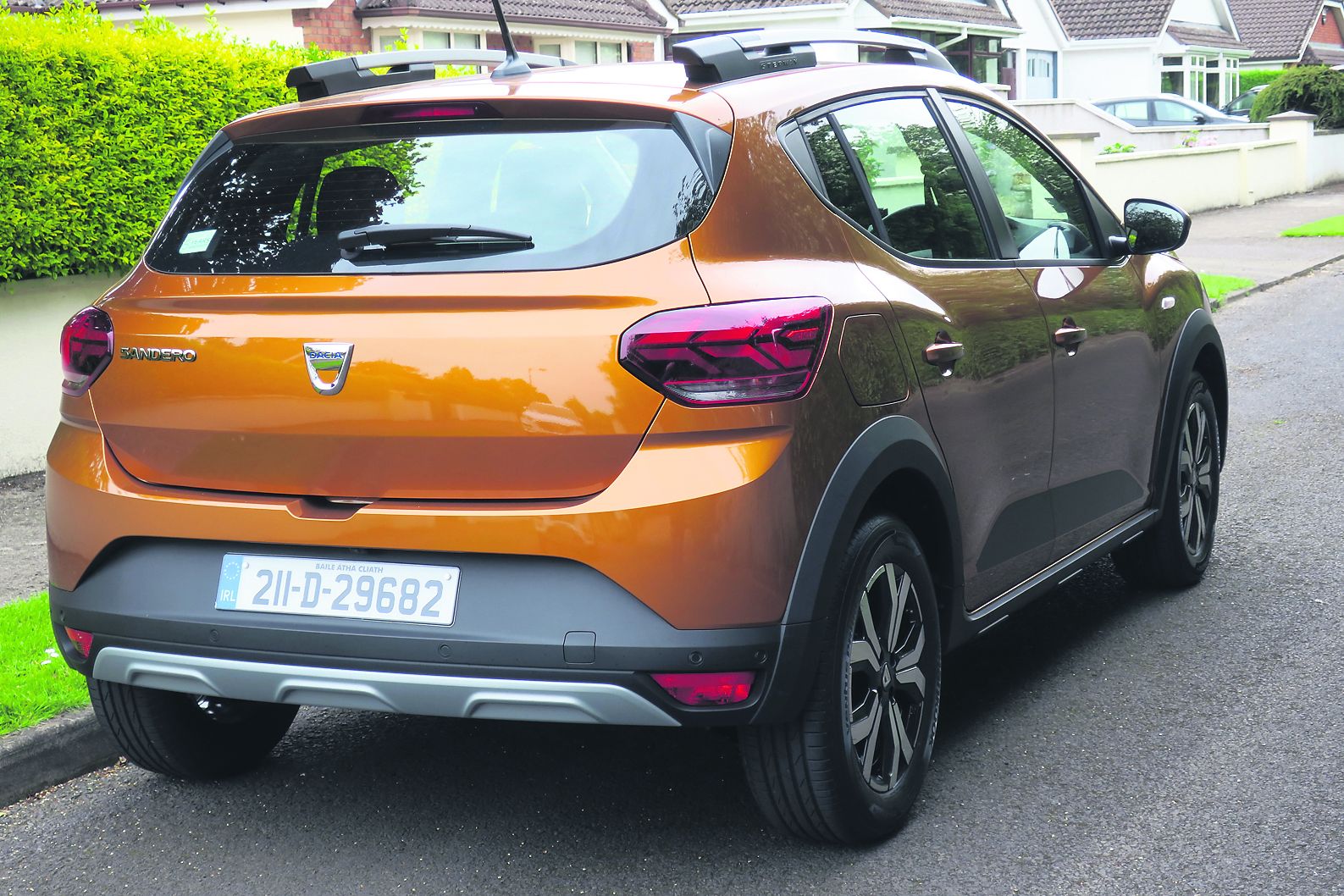 With a raised ground clearance, the Stepway looks bigger than the Sandero, but is the same body.

Inside, the new dashboard design came in the review car with soft-touch trim inserts which added an extra level of refinement to the visual ambience. It also had the centre screen with incorporated navigation that also links wirelessly to Apple Carplay.

The screen management is kept commendably simple, with little in the way of distracting navigation issues. The main instrumentation is also straightforward.

And the climate controls are knobs, as they should be.

For those in the back, there’s substantially more legroom, and Dacia are claiming a best-in-class here. There’s a bigger boot than before, at 328 litres capacity.

Sandero engines start at 65hp, but my review Stepway had the 100hp dual-fuel LPG/petrol option, which I suspect is unique in the class here.

LPG is significantly cheaper to buy, and though doesn’t give quite the mileage equivalent as petrol, there’s an overall saving to be made if there’s a filling station near you providing it. The switchover system is a simple button, and if LPG runs out, the engine automatically reverts to petrol.

The proof of any car is in the drive, and I took an afternoon and evening for a picnic run to the south coast, which left me in no doubt that there’s no hardship in long trips in this latest Dacia.

The new platform means a noticeable improvement in ride and handling, and the seating in the review car was in no way less than in models much more upper-class.

My only iffy bit was the sound quality from the entertainment system. It’s not quite up to what we’ve gotten used to in most other cars these days.

But I’m pulling at small ends of thread here, trying to unravel something from the ‘budget’ epitaph. Not very successfully.

What I liked: Still affordable even with added frills.