THIS one surprised me. For various reasons, it has been a while since I had a Volkswagen for review apart from their electric range. When the offer came of a Taigo, I was a little unsure about where it would fit.

Taigo has a Latin American pedigree, designed in and for Volkswagen’s big market presence in that part of the world, and locally named Nivus.

In style it’s a small SUV coupé, in substance it is based on the Polo hatchback, and in our market it sits above that car with the T-Cross small SUV.

All related by platform, all different in sheet metal designs. And each aimed at quite different potential customers.

I was well aware of the Taigo in photographs, but this is one of those cars that looks much better in reality than pictures suggest. In particular, sometimes when an SUV is ‘coupé-fied’, the aesthetics just don’t work. There’s often something about high-riding and a sporty profile which can jar the visual senses. Categorically not so with the Taigo — the lines look absolutely coherent from any angle. 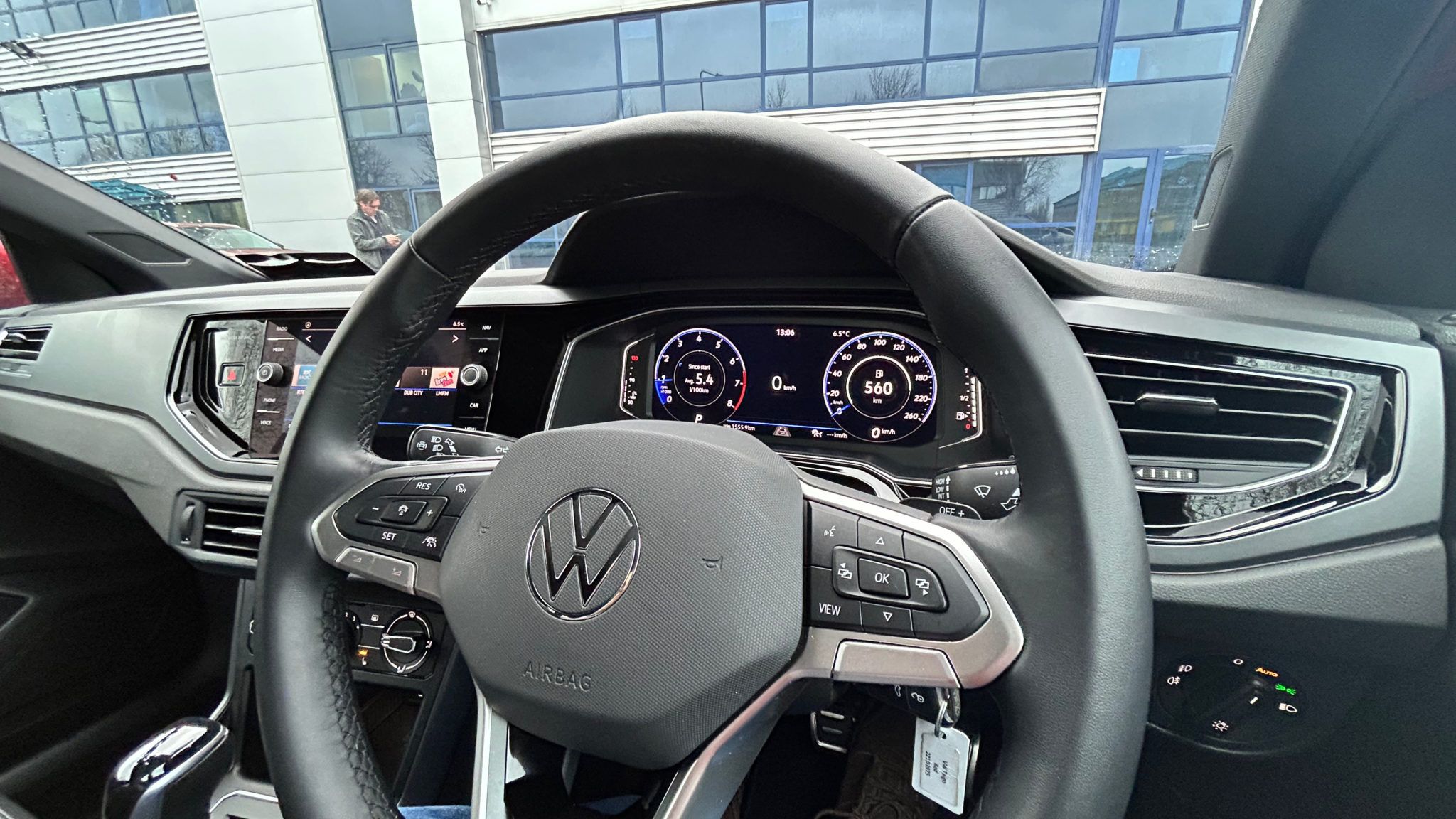 My review car was the top end R-Line in a fetching and sporty red, and looked a lot more than its B-segment placing would suggest, it could easily be very much in the compact family arena.

There’s enough style going on both front and rear to give the car character, while the side view is cleanly designed and won’t frighten away the family driver who wants good looks without fuss.

It’s not quite as tall as the T-Roc, but is high enough to make it easy to get in and out of. Despite the coupé rear, there’s adequate rear-seat headroom, and the luggage space is well up on the Polo, and only slightly less than in the T-Roc.

The dashboard set-up is well designed, with bright graphics straightforward to read, and — glory be — has real knobs for radio volume and climate control. There is still some gesture control gimmickry for some of the infotainment screen action, but now minimal. 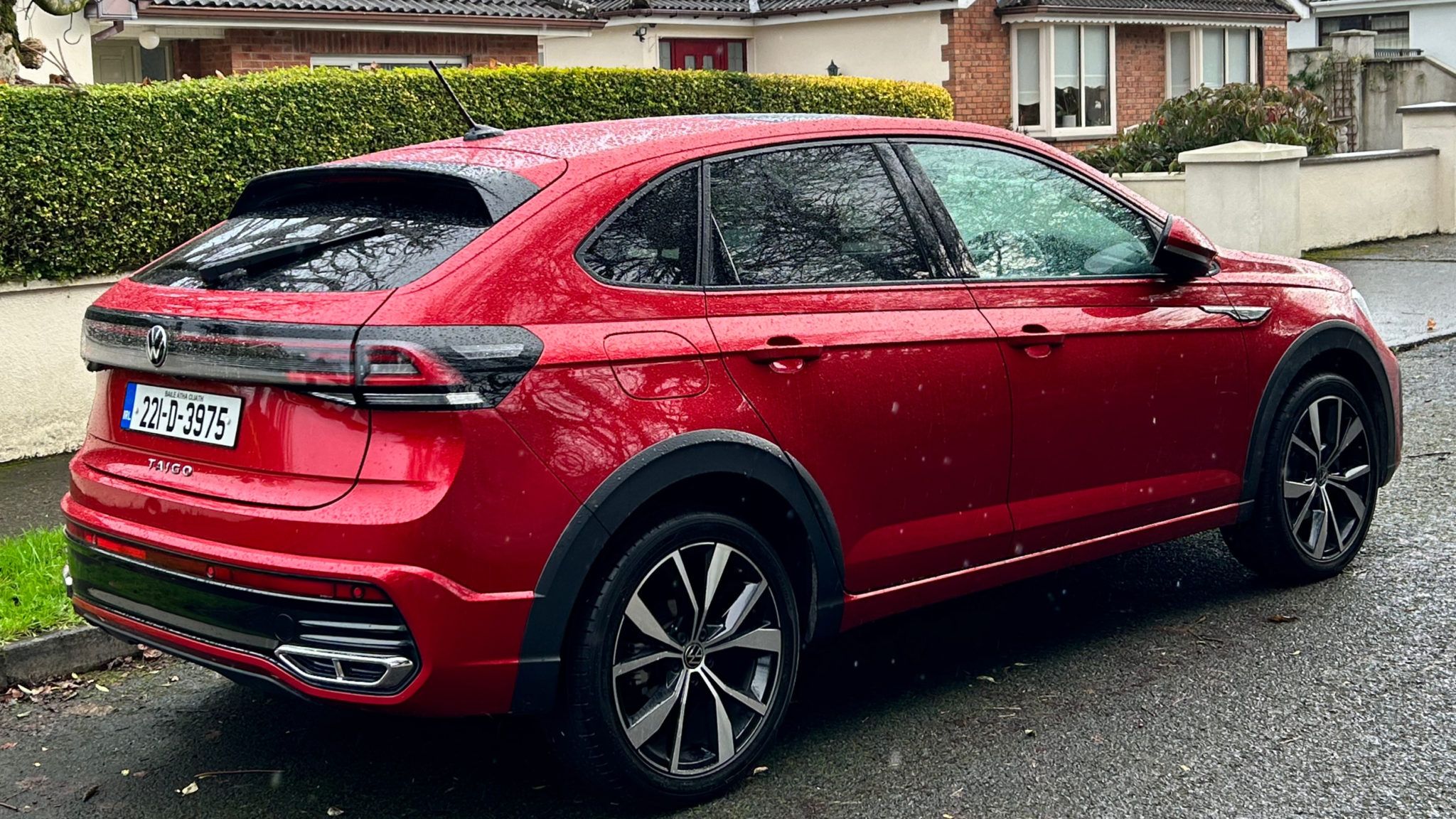 The powertrains are simple, too. At this level there’s no electrification, so the choice is petrol with manual or automatic. My car had a 110hp 1.0 petrol with the 7-speed dual clutch auto, and nicely matched the whole thing was too — though the combination did put the car at the upper end of cost.

It won’t burn any rubber, but is still a sweet drive with a perfectly acceptable fuel consumption of 5.4L/100km. Nothing on this VW platform offers all-wheel drive, so that makes things simple too. It was a pleasant drive for the kind of local to-ing and fro-ing I was doing that particular heavily desk-bound week, but my overall feeling was that there would be no hardship on any long distance drive around Ireland.

Altogether, an ordinary car that does all of what it offers to do, in a pleasant style and a capable manner. And yet it surprised me. In a very positive way.

The competency of a small car