Garda divers from the Water Unit arrived at Hugh Coveney Pier in Crosshaven where an investigation has been launched after a car was found submerged in the water and who believe there may be a link to a historical missing persons case in Crosshaven, Picture (David Creedon / Anzenberger)

A CAR found submerged in the water in Crosshaven is believed to be linked to a young man who went missing in 2004.

The car found off Hugh Coveney Pier may belong to Barry Coughlan, 23, of Crosshaven who disappeared in May 2004.

Garda divers travelled to the scene in an effort to retrieve the vehicle.

Last seen outside the Moonduster Bar in Crosshaven between 1.30 and 2am on Saturday morning May 1st 2004, his car, a rust coloured Toyota Corolla, was parked nearby. The car was not accounted for after Barry disappeared without trace.

At the time of his disappearance, Barry was working as a fisherman. He should have been back in Castletownbere for work on May 2, 2004. His disappearance was completely out of character.

He was last seen wearing a navy hooded top with Old Navy logo on the front, blue wrangler jeans and blue runners with beige trim and the Skechers logo.

At the time of his disappearance ,he was described as being 6ft 1in tall, with black hair, blue eyes and a slim build. 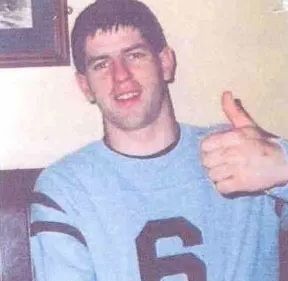 Whilst gardaí have not made any formal comment it is understood that the car discovered in Crosshaven matches the make and model of Barry's car and that a partial registration match has been made. His family are being kept abreast of developments.

On Wednesday members of Cork Missing Persons Search and Recovery Group were using a Starfish 990S sonar whilst out on a training exercise on a rigid inflatable boat.The sonar detected a mass in the sea off the pier in Crosshaven. Divers from the group found a car underneath silt and mud.
They informed gardaí who launched a probe.Gardai plan to bring the car ashore in what is expected to be a delicate operation given the brittle nature of the vehicle.

Chris O’Donoghue of the Cork Missing Persons Search and Recovery Group said they had gone out in a rib with the sonar attached when the unexpected occurred.

The group said they had the missing person in their thoughts for some time and have carried out searches.

'We had planned to search the sea around Crosshaven but found the car close to the pier,' Mr O’Donoghue said.

'Mud, sand and silt moves with the sea movements and we were lucky in our search.'

The loved ones of Mr Coughlan have continued to make appeals in relation to his disappearance over the years.

Last year, Deliveroo partnered with the National Missing Persons Helpline for their Bring Them Home campaign, which aims to reunite friends and families with their missing loved ones.

For the month of December, Deliveroo riders featured images of five missing people on their bags in an effort to raise awareness of their cases.

Barry Coughlan was among the five people chosen to appear on the bags.