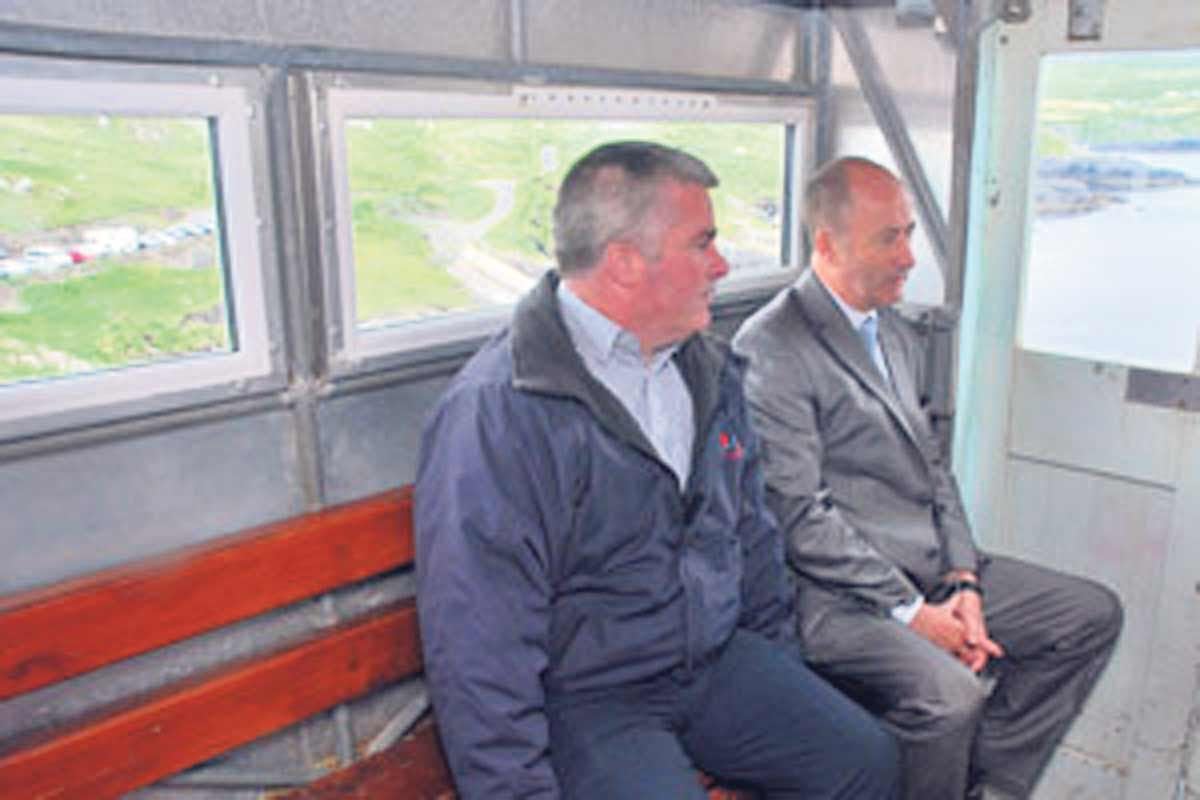 CORK’S County Mayor has asked why the Dursey Cable Car – Ireland’s only cable car and a major tourism attraction on the Wild Atlantic Way – is not yet running on a summer schedule.

Cllr Alan Coleman said he has asked the County Council to explain why such an important facility wasn’t running at full capacity at the weekend, especially as it coincided with the West Cork Islands Festival.

Up to 100 people on the mainland failed to get across to the island in time for some of the festival events.

Mr Coleman said a spokesperson for Cork County Council confirmed that Council management is in discussions with their own local office with regard to ‘resolving the issue around the operation of the cable car.’

The Mayor’s comments came after local boatman, Denis Healy, brought him back to the mainland at around 1.30pm on Saturday, instead of taking the cable car, because it was operating on the winter schedule, instead of the summer one.

The Mayor, who had been attending events on Dursey as part of the West Cork Islands Festival, said he was under pressure to get back in time for the annual Mayor’s Ball.

Mr Coleman told The Southern Star there was a cable car running at 2.30pm, but he needed to leave shortly after 1pm, because he had some last minute arrangements to attend to, before people started arriving at the event in County Hall at 6.30pm.

‘The issue is not about me making a dash for the border,’ said the Mayor. ‘The issue is that locals – particularly the islanders – were disappointed that people were not able to get across to attend events that were taking place on the island.’

Confusion arose after Cork County Council – who own and operate the cable car – had stated on its website that the cable car would be operating its summer schedule, which is a near-continuous service between the hours of 9am and 8pm, seven days a week.

However, at around 5pm on Friday evening, council officials notified public representatives that due to ‘unforeseen circumstances’ the summer schedule would not be in operation as planned. The winter schedule only runs between the hours of 9am to 10.30am; from 2.30pm to 5pm; and from 7pm to 8pm.

Mr Coleman said: ‘People had a reasonable expectation that the cable car was going to be open all day long and what local people are calling for is a full summertime service from Easter until September.’

The Mayor said the Dursey Cable Car is a major attraction in the area and brings ‘a lot of economic activity to the Beara Peninsula.’ And he said the local authority needs, as a priority, to maximise the number of people that can use the cable car.

‘The service is owned and operated by Cork County Council and people pay to use it, so there is money to be made,’ he added.