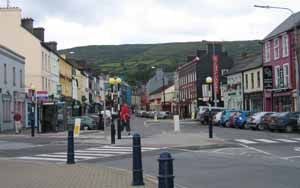 COUNCILLORS in West Cork have welcomed the proposal by Cork County Council to amend the text of the Bantry Local Area Plan, which could facilitate the provision of retail in the town.

At a recent meeting of the West Cork Municipal District in Dunmannway, a preliminary draft amendment to the Local Area Plan was outlined by Padraig Moore of the Planning Policy Unit.

‘We looked at all retail policy and we set out the context and what the County Development Plan had said and the whole idea is to provide extra guidance for any potential development, so we are suggesting a change of wording in the Local Area Plan ’ said Padraig.

‘What we’re suggesting is that we do a preliminary non-statutory consultation for three weeks. We invite submissions from the public and we will bring them back before we start the statutory process. We want to get this as right as possible.’

Cllr Patrick Murphy said this was an ‘old chestnut’ in Bantry for many years.

‘When An Bord Pleanála turned down planning permission for the railway site last year despite planning permission being granted by Cork County Council, we were aghast at it, so anything we can do to change this is good as we need development and the sooner the better,’ said Cllr Murphy.

‘It’s about facilitating the development of retail in the most appropriate sites as close as possible to the centre of the town. I am fully supportive of this amendment of text to the Local Area Plan and I welcome Cork County Council’s initiative in proposing to amend the Plan, which could allow for a proper retail development in Bantry.’

Cllr Murphy also pointed out that the main supermarket is in the middle of the town and has only on street parking available.

Cllr Mary Hegarty said she too was very disappointed with the planning decision by An Bord Pleanála last year.

‘Bantry really needs to develop retail and the town is buzzing after the West Cork Music Festival. The proposal is very well worded and the public consultation is good and I hope that all of this will see Bantry change,’ said Cllr Hegarty.

Cllr Paul Hayes said he welcome the report and that it was better to keep all of the people informed. ‘Any extra retail and parking is good for Bantry and will prevent any leakage to other areas and it’s important for the vibrancy and to keep Bantry alive.

Padraig Moore said it was a ‘good opportunity for people to make their feelings known and while the timescale is short, we want to get peoples ideas and submissions.’

Submissions or observations regarding the proposed amendment to the Bantry Electoral Area Local Plan 2011 is invited from members of the public, children, or groups or associations representing the interests of children from Friday, July 17th, to Friday, August 7th, in either of the following ways, online via www.corkcoco.ie or in writing to the Senior Planner, Planning Policy Unit, Cork County Council, Floor 13, County Hall, Cork.