A KINSALE builder who has created a design for an indoor market for Kinsale was  taken aback by  the vitriol it sparked on social media.

Brian O’Regan, an architectural technologist with Or-Construction – who was behind the innovative Covid pods with Dr  Marc Ó Riain during the first lockdown last year  – said he posted his plans online to create a conversation about the idea.

But, Brian said it has turned out to be more of a social experiment on social media.

‘I posted it on the Kinsale Notice Board on Facebook last month as  I have a submission made to the draft development plan for Kinsale and in it I have also included a plan for a multi-storey car park on the Church Mill car park,’ Brian told The Southern Star. 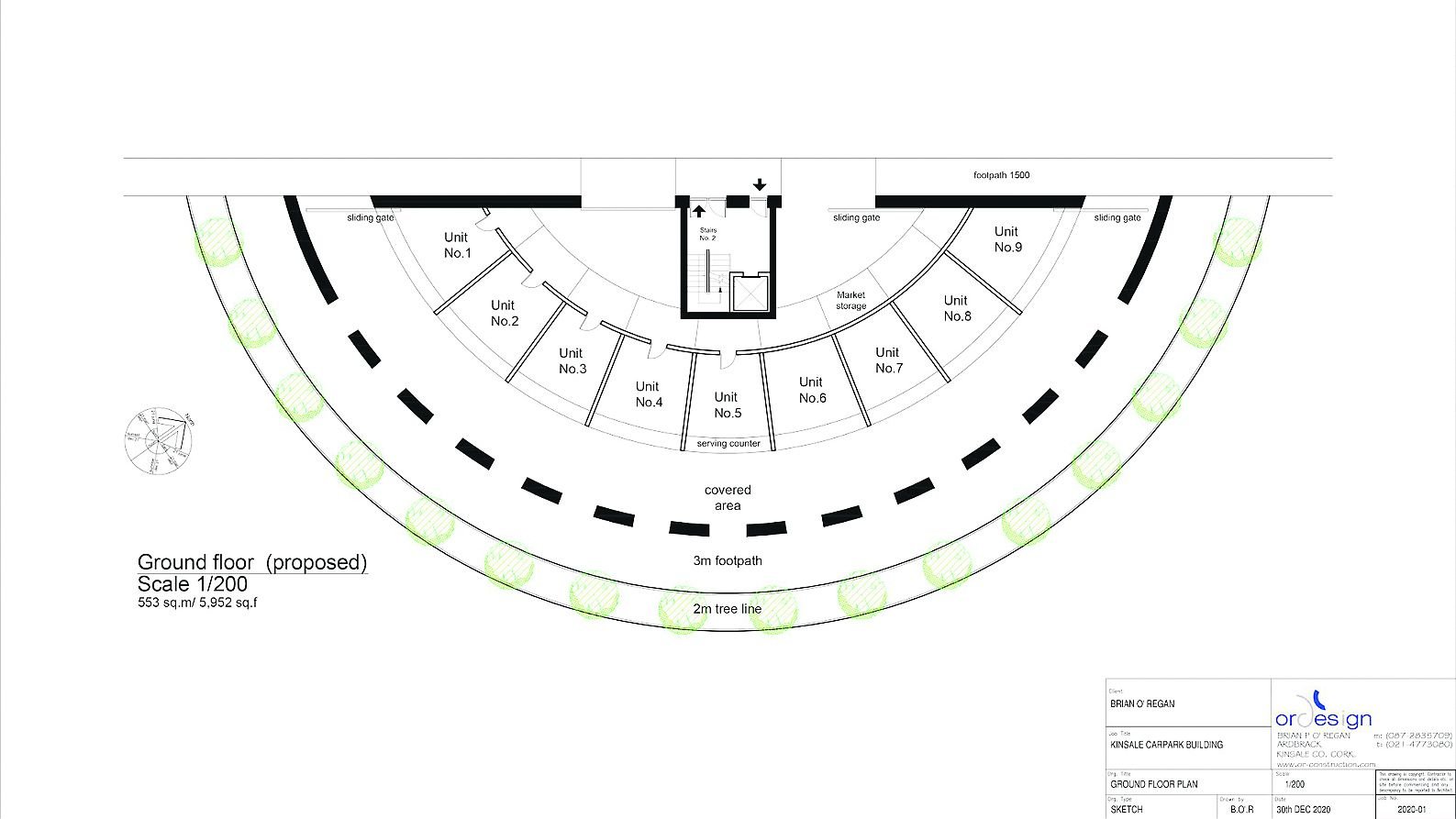 ‘It’s a proposal to include zoning to allow a building to be built on the site in Pier Road and the rest to rezoned as a recreational public amenity site. The building is flexible and can be reduced in scale.’

Brian’s semi-circular classical design of the building is based on the indoor markets in Rome and Europe.

The ground floor would consist of nine spaces for full time market traders or shops, while the first floor would include a large seating area for the market and another half consists  of a restaurant or a multi-function space.

However, Brian was more than surprised with the online reaction to his plans.

‘What happened then was a snowball effect of negative comments about my idea. Thankfully it didn’t affect me but my children were upset and asking why people were giving out about my building.’

The negativity hasn’t deterred Brian – with  people telling him privately that they like the idea. He said it has only strengthened his resolve for other things to improve the town he loves.

‘It’s no harm in planning for Kinsale’s future 10 to 20 years down the road and that’s why developments plans are so good as they give everyone a voice.’

Meanwhile, Brian said they have sold several of the pods that he and Dr Marc Ó Riain created last year at the start of the pandemic which sparked such interest.

Some can be seen on Merrion Square in Dublin, while The Fields Bar in Dunderrow is also sporting one.

The pods were designed to help businesses combat the loss of indoor space due to social distancing.