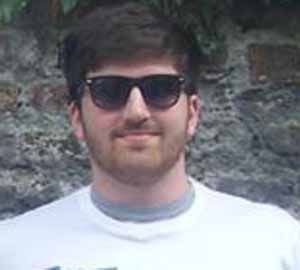 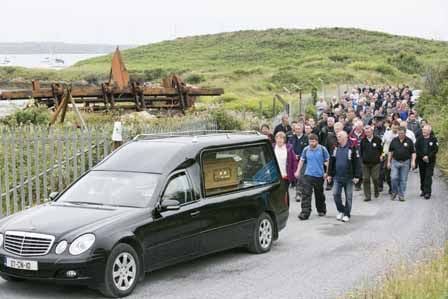 GARDAÍ have confirmed that the remains of 20-year-old student, Barry Davis Ryan, was recovered and brought to the RNLI Lifeboat Station at Bull Point.

The recovery comes as a relief, not just to the family of Barry Davis Ryan, but the hundreds of divers and volunteers who have been searching the sea and the shoreline since the tragedy happened on Tuesday, June 30th last.

A nationwide appeal for experienced divers that was issued by John Kearney of the West Cork Underwater Search and Rescue Unit and Ann Davis, Barry's mother, resulted in more than 400 searches by 97 divers at Eastern Hole bay. Mr Kearney said this afternoon: ‘I feel overwhelmed. I feel so delighted for everyone that took part in the search, everyone who made the food and everyone who peovided accommodation.'

The body was recovered in the final hour of the search that was scheduled for today (Friday) before the weather was due to close in. John Chambers from the Cork Dive Centre located the body at 1.15pm in the Eastern Hole bay.

Fifteen minutes later, the West Cork Underwater Search and Rescue Unit, with the support of Navy divers, joined in the recovery operation and a flotilla of boats brought the body ashore at Baltimore Pier at 1.45pm.

It was then brought to Bull Point. A procession of divers and other volunteers, numbering more than 100, walked to Bull Point to form a guard of honour as a mark respect to Barry Davis Ryan and his family.

During the course of the two-day intensive search, which started at 5am on Thursday and finishes at 8pm that evening, followed by a 7am start this morning, a total of 97 divers took part and carried out 400 dives following a grid system - the groundwork for which was laid by local fishermen.