IRISH Naval history was made on Bere Island last week when Sub Lt Tahlia Britton from Donegal became the first woman to qualify as a naval diver.

Last week on the island, the 29-year-old completed the final two weeks of what is one of the Defence Forces’ toughest courses. Afterwards she was awarded her diver’s badge, along with two colleagues, able mechanic Rob Mulqueen from Limerick and able seaman Emmet O’Hanlon from Cork.

A ceremony was held for the group on their return to the naval base at  Haulbowline where flag officer Commander Michael Malone presented the three new divers with their diving logbooks.  The naval diving unit was set up in 1964 and is responsible for search and recovery operations, underwater maintenance of naval vessels and explosive ordnance disposal.  Of the ten applicants on this year’s course, only three made it through.

The final two weeks of the gruelling course take place on the Defence Forces’ base on Bere Island.

Deep diving locations off the island allow the trainee divers to dive to their qualifying depths. 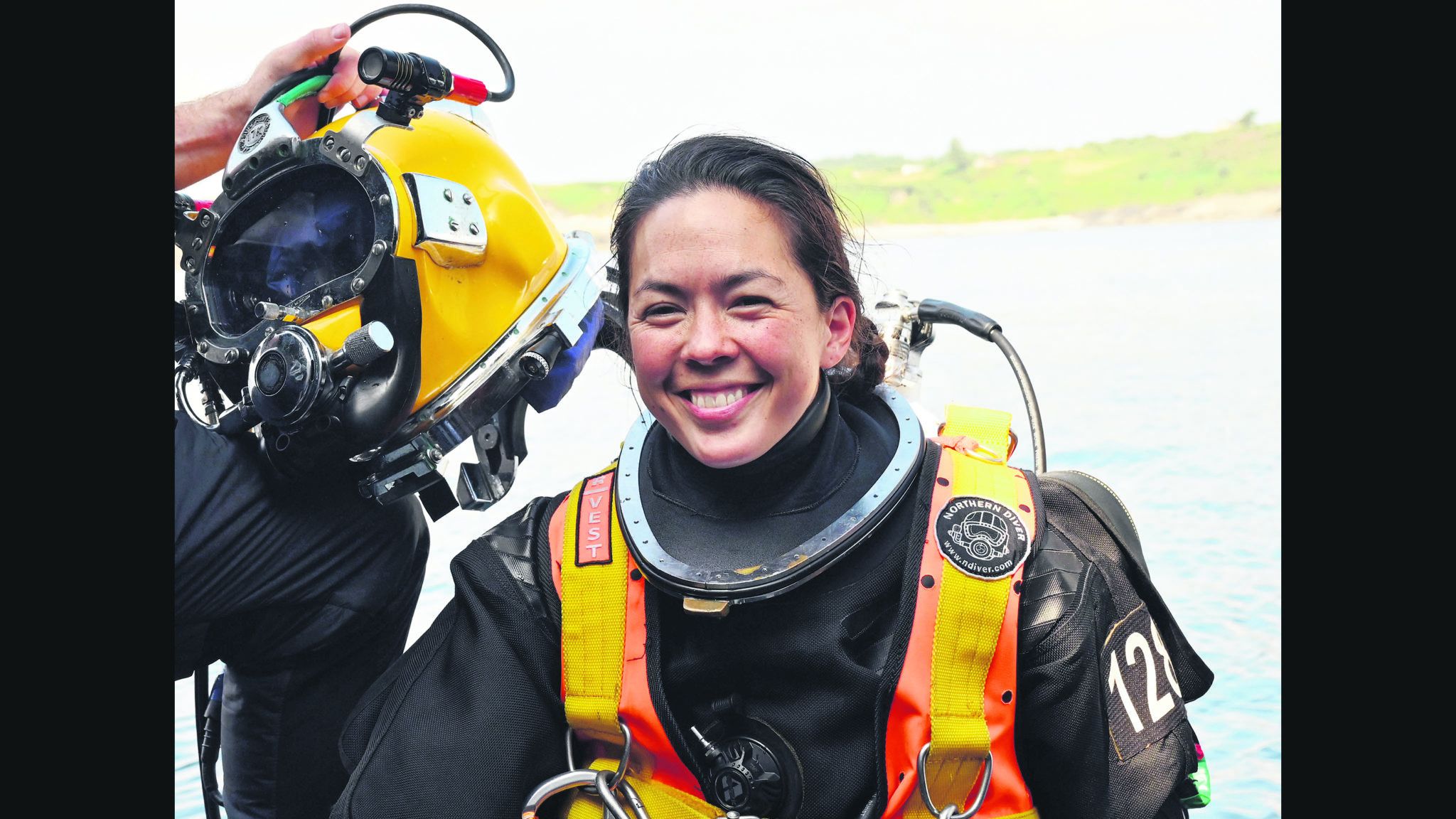 Sub Lt Britton joined the naval service cadet scheme in 2014 and was commissioned in 2016.

She currently serves as gunnery officer on the LE James Joyce.

She said that while growing up by the sea in Donegal she had always enjoyed water sports.

‘It’s a tough course both physically and mentally.  I was under no illusion that the physical side would be tough but I just had to tailor my training, which included weight training to get my body ready for the course.’

She said she would recommend the navy as a career to any young woman looking to join the service.

‘It’s great career, it’s challenging, rewarding, and if you’re thinking about it, then give it a go.’