Cathal discovered that even shutting off power to the PTO may not stop the spinning so he invented a 'traffic light' system.

A Castletownbere student saw the dangers that spinning PTO shafts can cause, so he set about finding a solution to make them safer, and in the process, won an ABP farm safety award

A WEST Cork student has been honoured for his ground-breaking work to improve farm safety.

Cathal O’Sullivan lives on a beef and sheep farm near Dursey and spent a lot of his childhood working with and around agricultural machinery.

‘My parents always warned me that everyone must keep back from them, until the PTO shaft is turned off. But while cutting rushes with a mulcher one day I noticed that this alone will not guarantee your safety,’ said the fifth year student at Scoil Phobail Bheara.

The mulcher often got blocked by rushes and had to be cleared, he observed.

‘But when the machine was turned off, it would continue to spin at dangerous speeds for up to a minute. It was difficult to determine when the blades stopped spinning as the obstruction blocked my view of it. If working in a loud environment, or if you have a hearing impairment, it would be impossible to determine the moment the blades stopped spinning and it is safe to clear the blockage. The best thing was to allow extra time to be safe,’ said Cathal.

But that wasn’t always an option, he noted, especially at busy times when farmers and contractors were under pressure.

‘Once while helping with silage, with rain forecast, we were under pressure, and with a blocked baler. A man mistakenly believed it was stopped and had it not been for the quick reaction of the driver, he could have got entangled,’ said Cathal.

That was the starting point for his BT Young Scientist competition entry which saw him develop, essentially, a beacon which operates on a ‘green means go, red means stop’ basis. 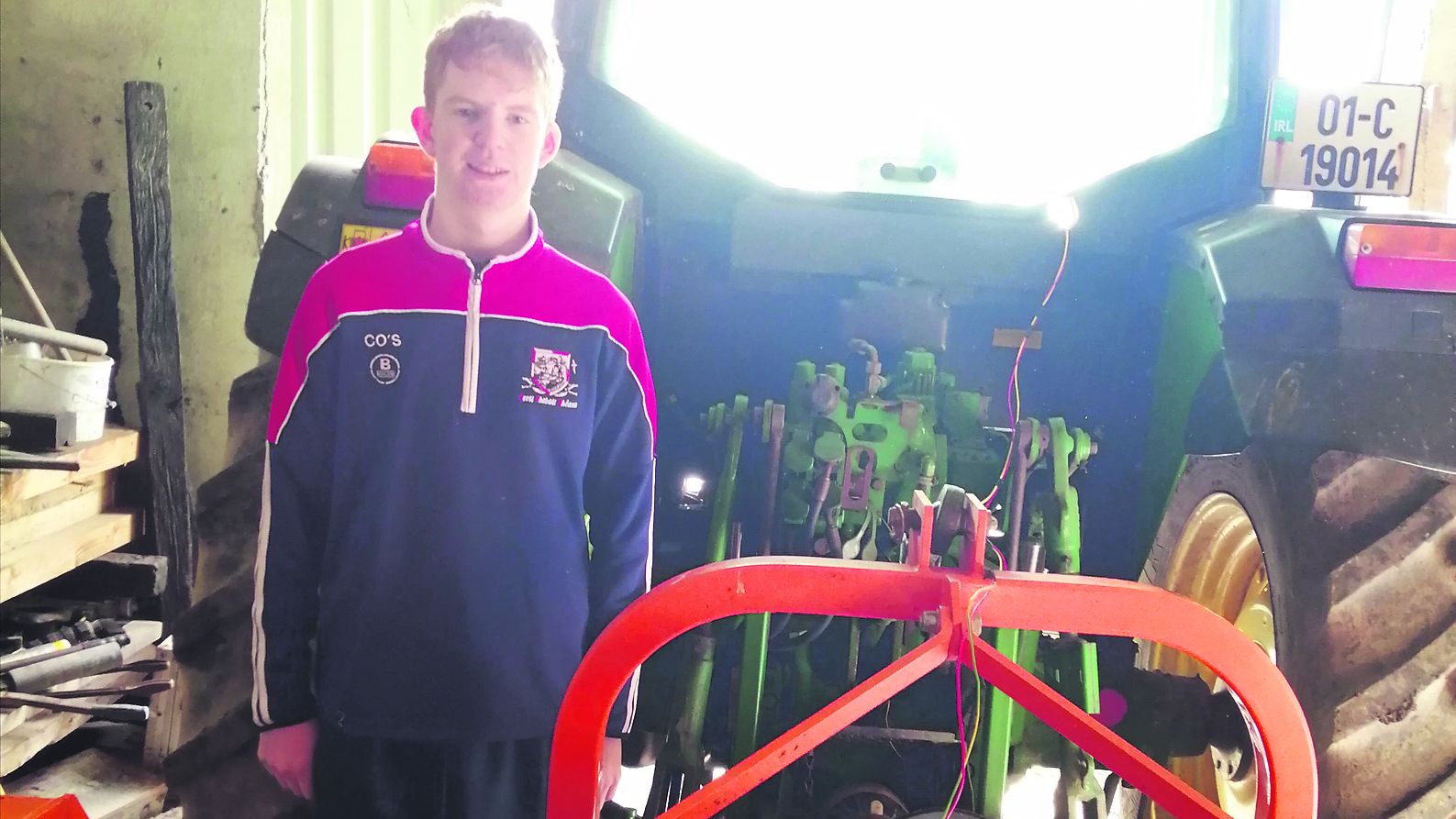 Cathal O’Sullivan who has researched a farm safety beacon.

‘Through research I found that farm machinery is responsible for around three fatal accidents and many serious injuries every year in Ireland,’ he explained. ‘The recurring factor in these accidents was mistakenly believing the machine was off – and complacency. My solution to this was to create a warning light for these machines. This warning light will allow the driver and people nearby to always know when the machine is spinning and it is dangerous. A sensor in this device allows it to detect when the machine is spinning. When it is spinning, a red light flashes to grab the attention of people nearby. This helps keep them alert and reduces complacency around the potentially deadly machine. When the machine stops spinning completely, a green light indicates this. The device is a simple yet effective solution that is easy to understand, like traffic lights,’ said Cathal.

The device is universal to all agricultural machinery and can be attached to anything from a bale to a fertiliser spreader to even a kitchen blender, without fuss.

‘The first prototype was developed and tested before the exhibition. The judges were very impressed and I was delighted to win the ABP farm safety award in 2021. Farmers I spoke with all agree that this device has the potential to save lives and they all seem to have an anecdote where this would have been useful. Contractors in particular see a need for this device. They think it would be very effective during busy periods where stress and rushing can result in accidents that wouldn’t occur in normal circumstances,’ said Cathal.

He was also honoured atthe recent West Cork Garda Youth Awards and plans to work on developing his idea further over the summer.

‘It would be my dream to get this to market,’ he said.