A COLLECTION of rare ledger books and a bible relating to the Allihies Copper Mines in Beara have been restored and will be displayed at the local museum.

Tadhg O’Sullivan, chairperson of the Allihies Copper Mine Museum said they were delighted to receive funding from The Heritage Council which allowed the conservation of the books.

Tadhg outlined how the books were discovered in an attic in a house in Wales by a member of the Puxley family, the former owners of the mines.

‘They found these ledgers, along with a number of documents which became known as ‘The Puxley papers’, and very kindly donated them to the Beara Historical Society some years ago.

‘When we opened the museum in Allihies, the Beara Historical Society, who have always been great supporters of the museum, presented them to us.’ 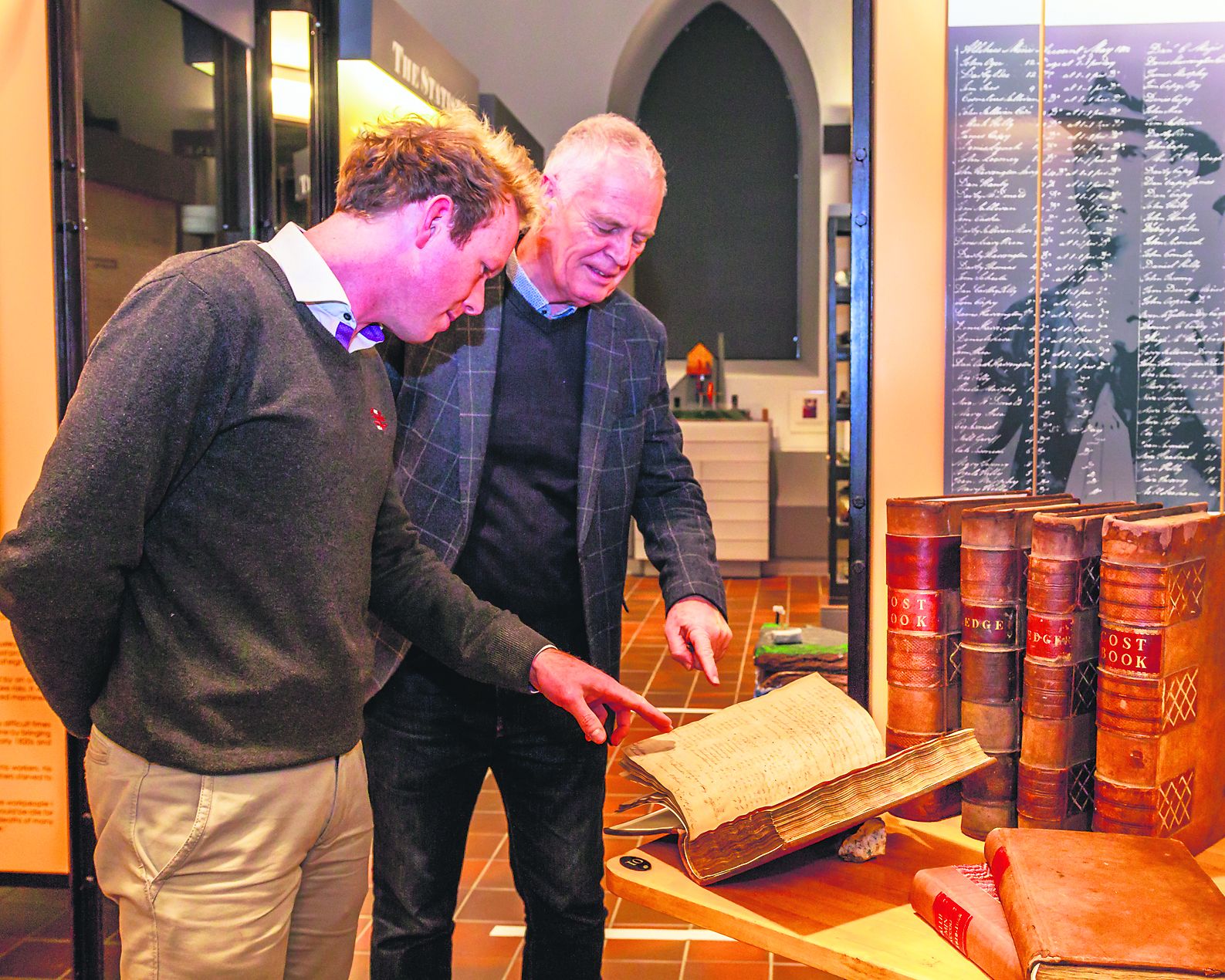 He said how the family still maintain their connections to the area: ‘One of the Puxley descendants, Patrick Puxley, visits the area every few years with his family and always makes a point of calling to the museum.

‘The museum is part of the Heritage Council’s Museum Standard Programme which helps us to maintain and display our collections, and as part of this we received funding under their community grant scheme to have the books restored by Paul Curtis at the book bindery at Muckross House in Killarney.’

The bible, which was originally located in a chapel in Allihies, was later moved to the presbyterian church in Drimoleague which later presented it to the museum.

The Allihies Copper Mine Museum is located in a former Methodist chapel which was built in 1845 for the Cornish miners working in the area.  The museum tells the story of Allihies’ rich heritage of copper mining which dates from the Bronze Age through to the mid 1960s when mining activities ceased in the area. 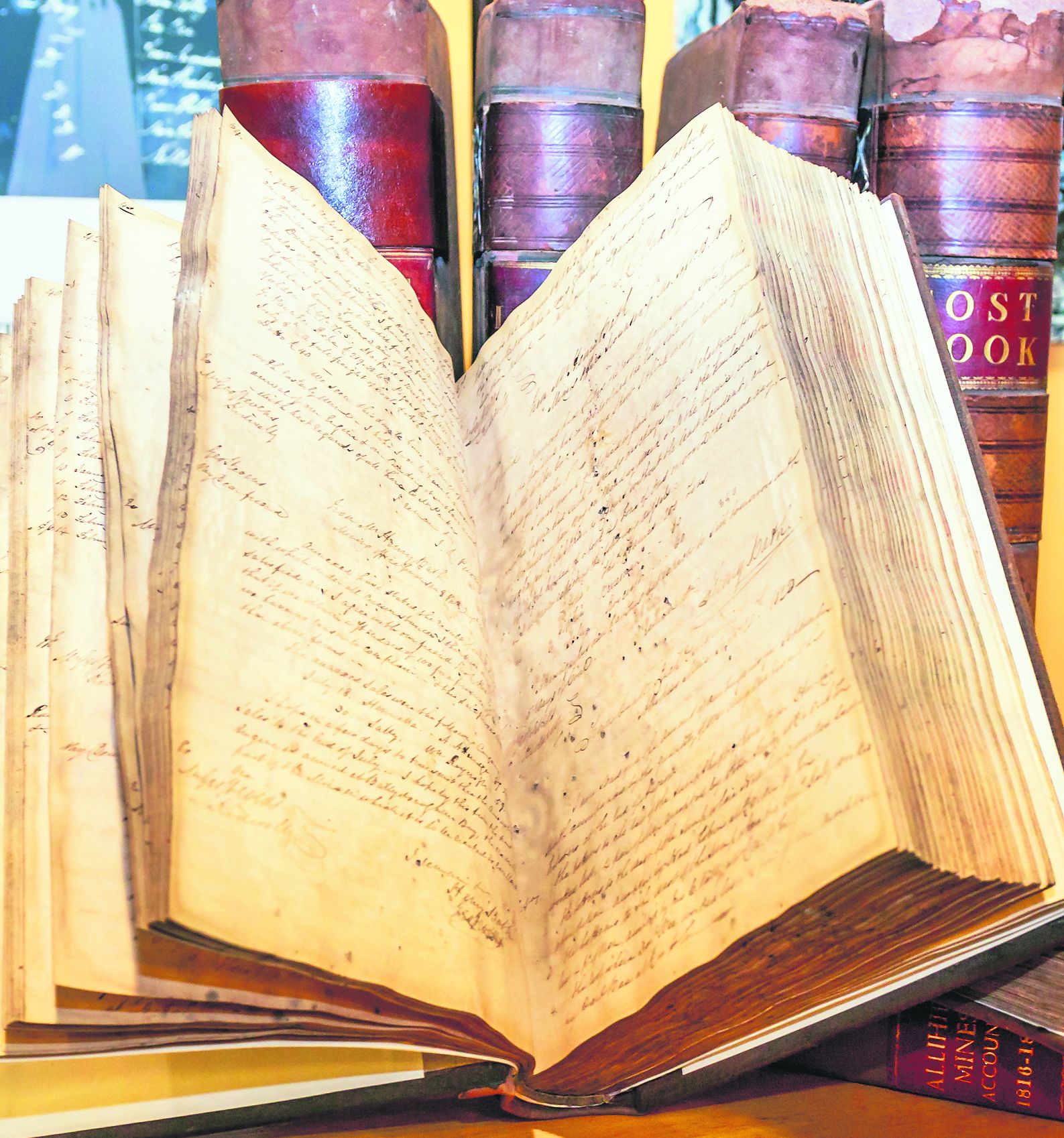 One of the restored ledgers in the museum in Allihies.

In 1812  local landlord John  Puxley formed the Allihies Mining Company, in order to mine the copper deposits in the area.

Cornish miners were brought over to Allihies for their expertise in sinking shafts.

Local men worked the mine, while women and children were employed to sort the ore by hand before it was shipped to Swansea.

Tadhg said when restrictions allow, the museum hope to have an event to unveil the restored books which will include a talk with Paul Curtis detailing the restoration process.