DESPITE the fact that the National Tidy Towns event was cancelled for 2020, Bantry Tidy Towns and O’Keeffe’s SuperValu were adamant that the local awards would still take place, as so many people have made such tremendous efforts around town during the year.

While they could not hold their usual awards night, the awards were presented under the prevailing Covid-19 guidelines in December outside the premises of the award sponsors.

Chairperson Michael Healy thanked the award sponsors, SuperValu, and all the various individuals, residential and business communities as well as clubs, schools, the local council and their staff and all other organisations for their financial and voluntary support during a very challenging but successful year. 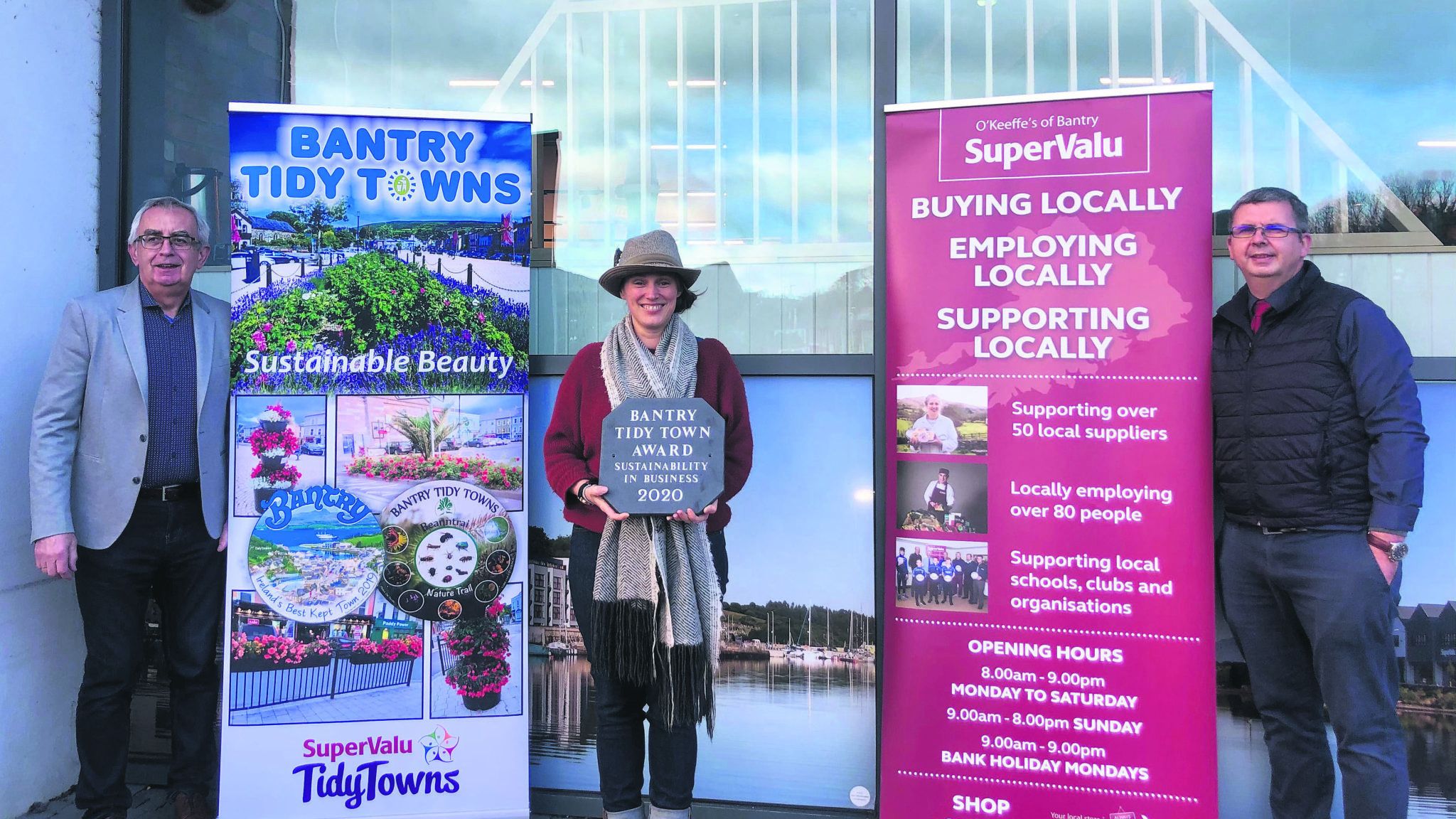 Bantry Tidy Towns acknowledged the great work of Bantry Fire Brigade by presenting them with a new award, the Community Team Award. In light of the changing emphasis of Tidy Towns to focus also on biodiversity, conservation and sustainability, they presented two further new awards: The Pollinator Garden award went to Mary Byrnes, Dromleigh, while Organico won the award for Sustainability in Business. 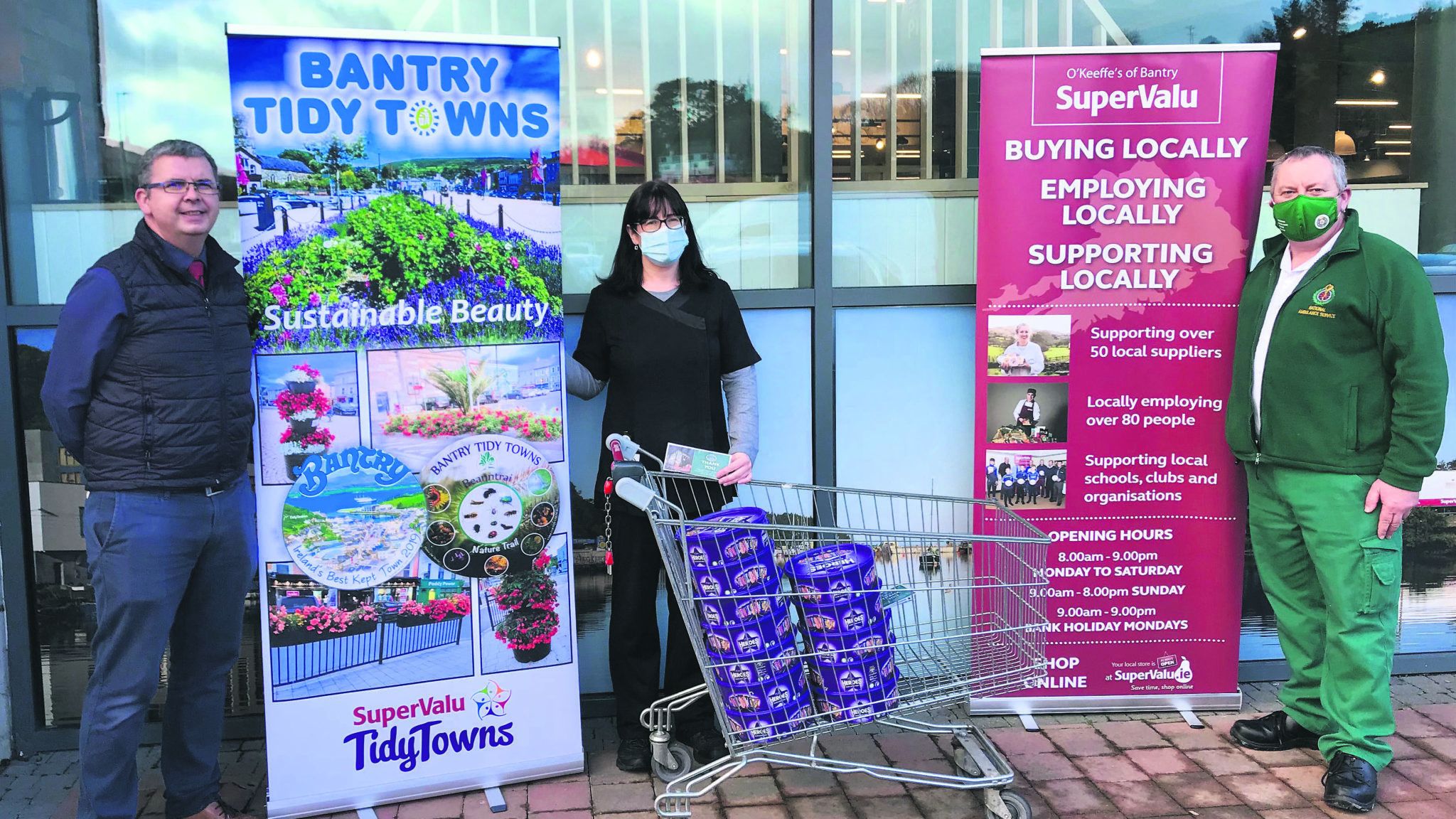 Special awards were presented to the following for their fantastic work on behalf of Tidy Towns: John O’Driscoll and Buddy McCarthy and youngsters Jack, Timmy and Ellie Gibbons. It was a year also to recognise the great work of our local front line staff so we arranged for treats to be sent to the staff at chemist shops, doctors’ surgeries, all units of Bantry Hospital and the local nursing home.

They were delighted that two of their dedicated volunteers Norma O’Sullivan and Martin Murray, were present to accept and distribute the treats to their fellow frontline heroes. These awards were a small ‘thank you’ to acknowledge the great work ongoing in the town as their strive for continuous improvement of Bantry as a place to live, work or visit. 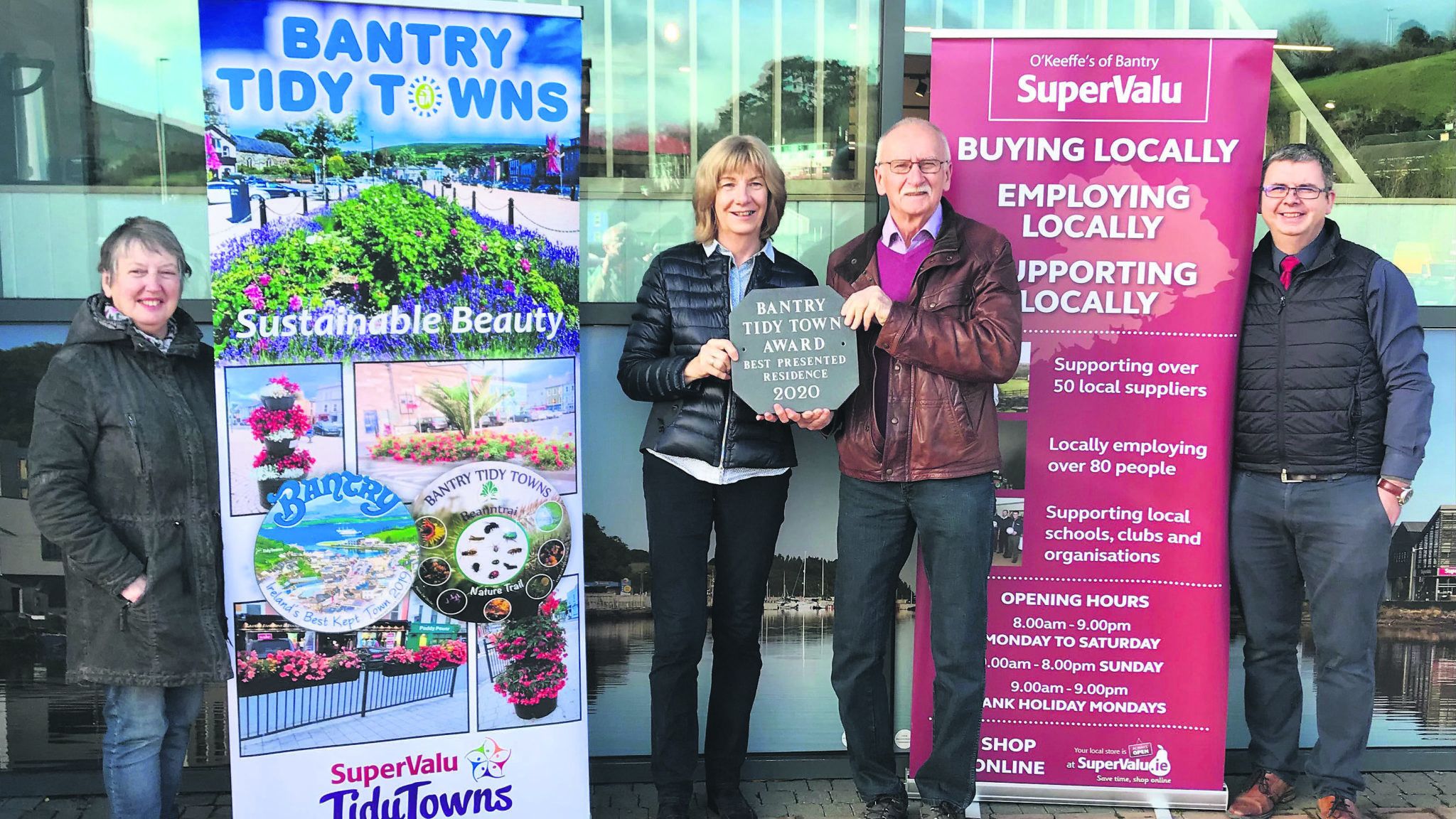 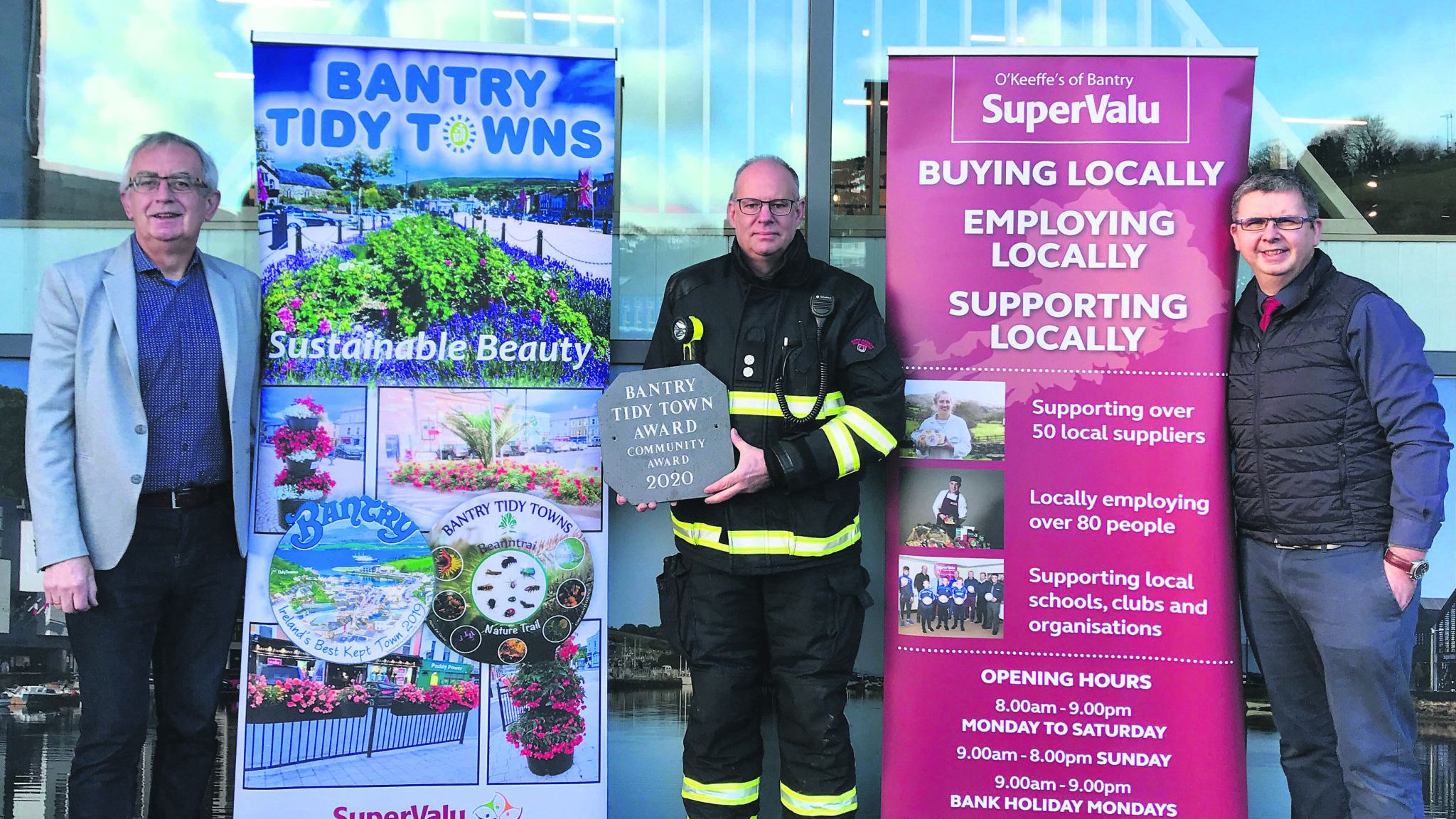