BUSINESS people in Bantry were on high alert on Sunday evening, as the tail end of Storm Aiden threatened to flood the town.

Bantry seemed like a ghost town over the weekend as the Level 5 lockdown and the Status Orange weather warning kept a lot of people indoors.

But from early afternoon on Sunday, business people were out, strategically placing sandbags, keeping an eye on rising river levels, and anxiously waiting for high tide to come and go.

Council employees were out, too, making sure surface water drains were kept clear, particularly at Seskin, and they also assisted when surface water in the culverts lifted manhole covers. 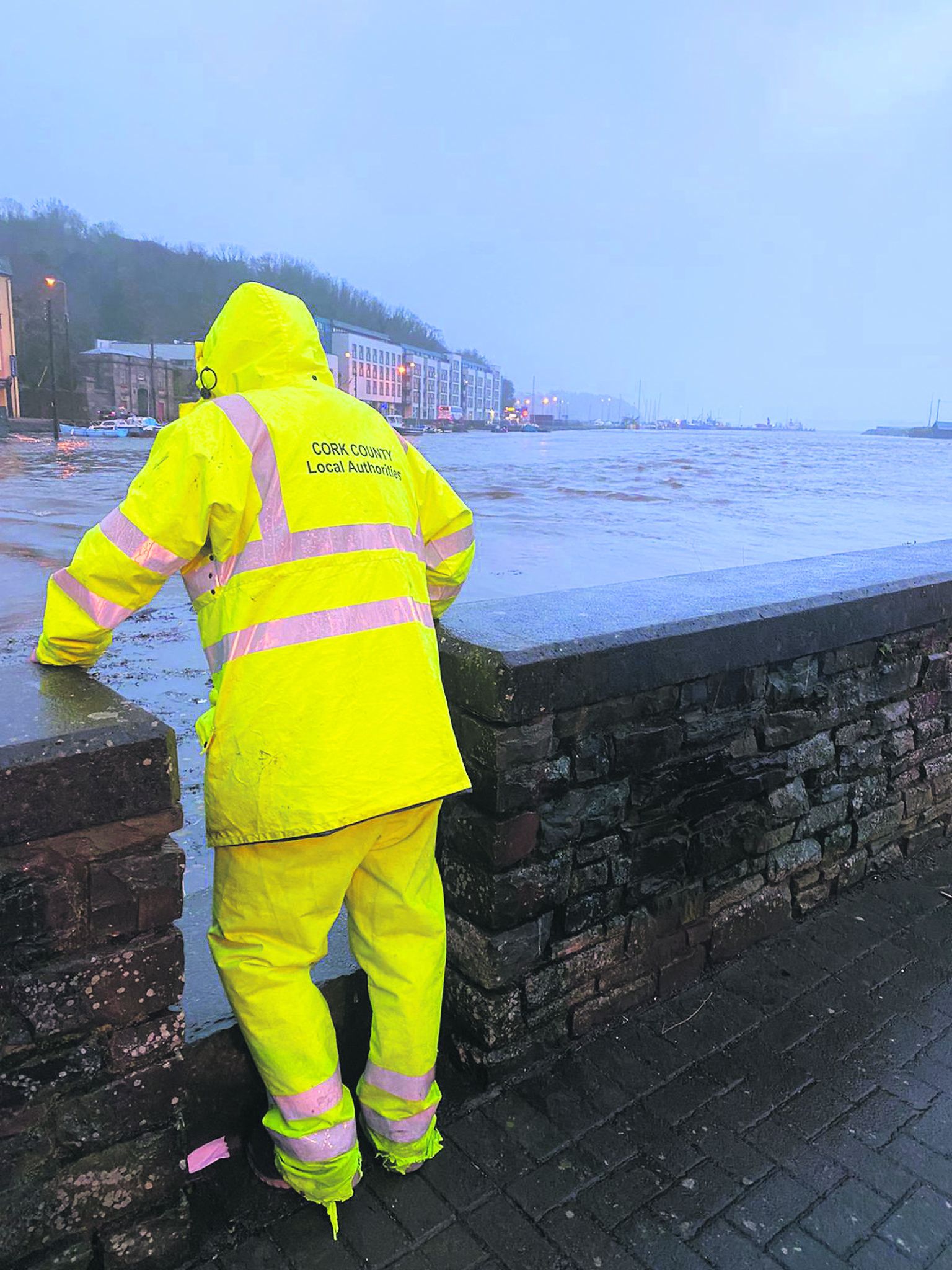 A Council worker keeping an eye on the rising tide in Bantry on Sunday night .

Diarmaid Murphy, chairman of Bantry Businesses Association said it was only after high tide came and went around 5pm that people breathed a sigh of relief.

‘This is what it’s like now,’ said Diarmaid. ‘There is an impending sense of doom every time a storm warning is issued.’ 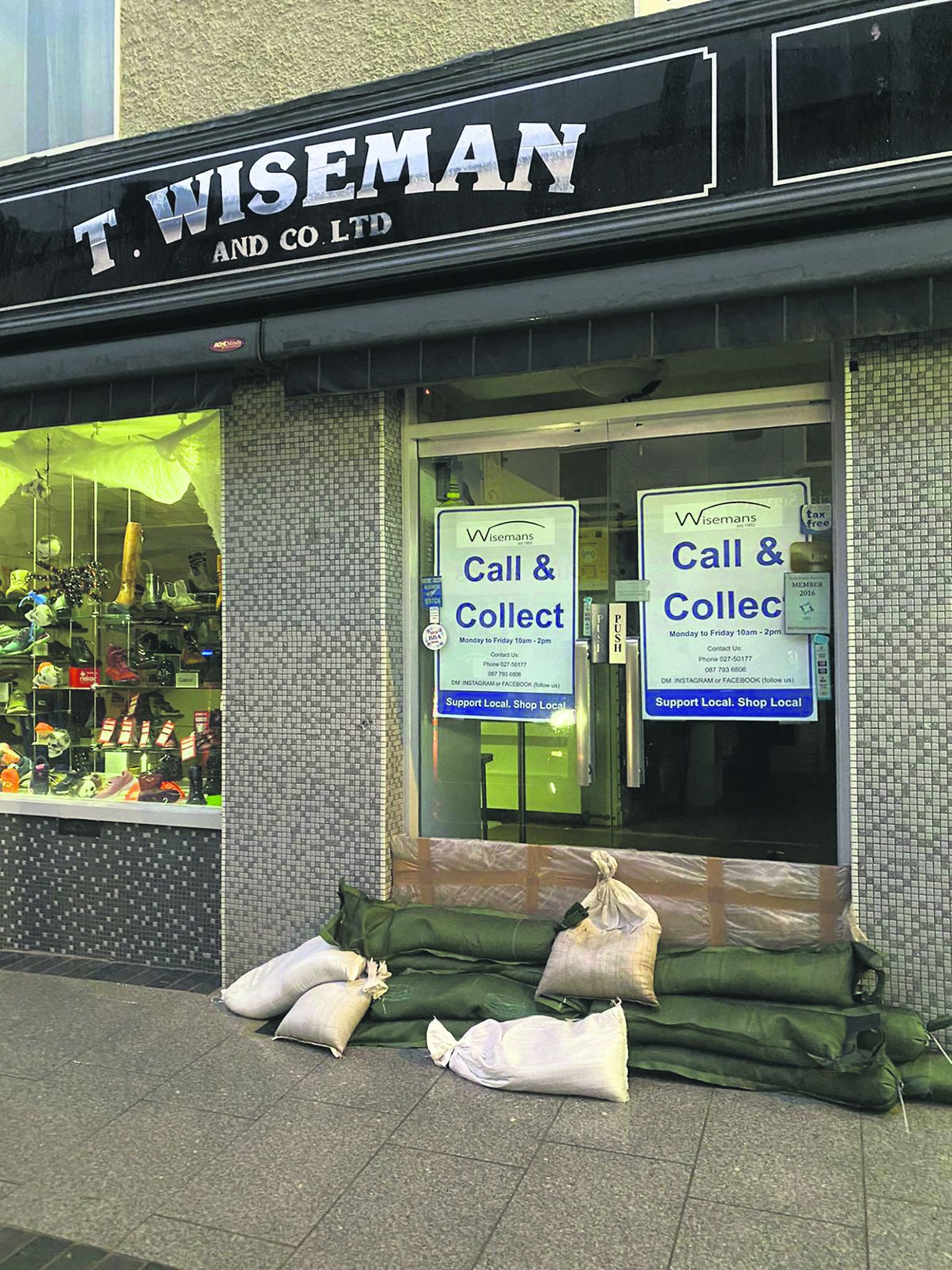 Bantry business people had the sandbags out on Sunday as the town faced down a flood threat during Storm Aiden.

Road surfaces, too, were weakened – and some were damaged – by the three-day deluge, while localised flooding made roads in Dunmanway, Bandon and Crookstown hazardous for motorists.

He said ‘a multifaceted solution-driven approach that would result in immediate solutions’ is required.