Siobhan Calnan and her colleagues at Dunmanway Community Hospital.

Not everyone gets to put their feet up on Christmas Day – so spare a thought for those who will be working. Emma Connolly caught up with three of them to find out what they’ll be doing when the rest of us are tucking into dinner

WITH no Santa in her house for the first time this year, Siobhan Calnan volunteered to work Christmas Day, so her colleagues with younger kids could enjoy a morning at home.

Nursing for over 30 years, Siobhan has worked on December 25th on plenty of occasions, and says she doesn’t mind at all.

She’s been based in Dunmanway hospital for the past year and a half, and before that she was in Macroom hospital.

Mum to Mark who turned 13 earlier this month, and  Donard (20), she’ll work from 7.30am to 2pm on Christmas Day and then get home to the boys and the two dogs, Lucy and Millie. ‘We’ll do our gifts on Christmas Eve and we’ll have our dinner around 5pm or so,’ she said.

The atmosphere in the hospital on the day is ‘fabulous,’ she said. There’s a Frankfurt-style Christmas market set up for residents and all staff are decked out in festive tunics.

‘We’ll serve a fry for breakfast, there’ll be non-alcoholic mulled wine and plenty of carols will be sung,’ said Siobhan.

The hospital has around 19 long term residents, and will have three others who will avail of respite over the festive season. The hospital, she says, is small enough to have a nice homely feel which helps to create a warm, festive atmosphere. Depending on regulations, residents can have one visitor per week and Siobhan said they would do their best to facilitate families at this time of year as best they can.

‘It can be an emotional time for many of them but as we always say, this is their home and we are like their extended family,’ she said. 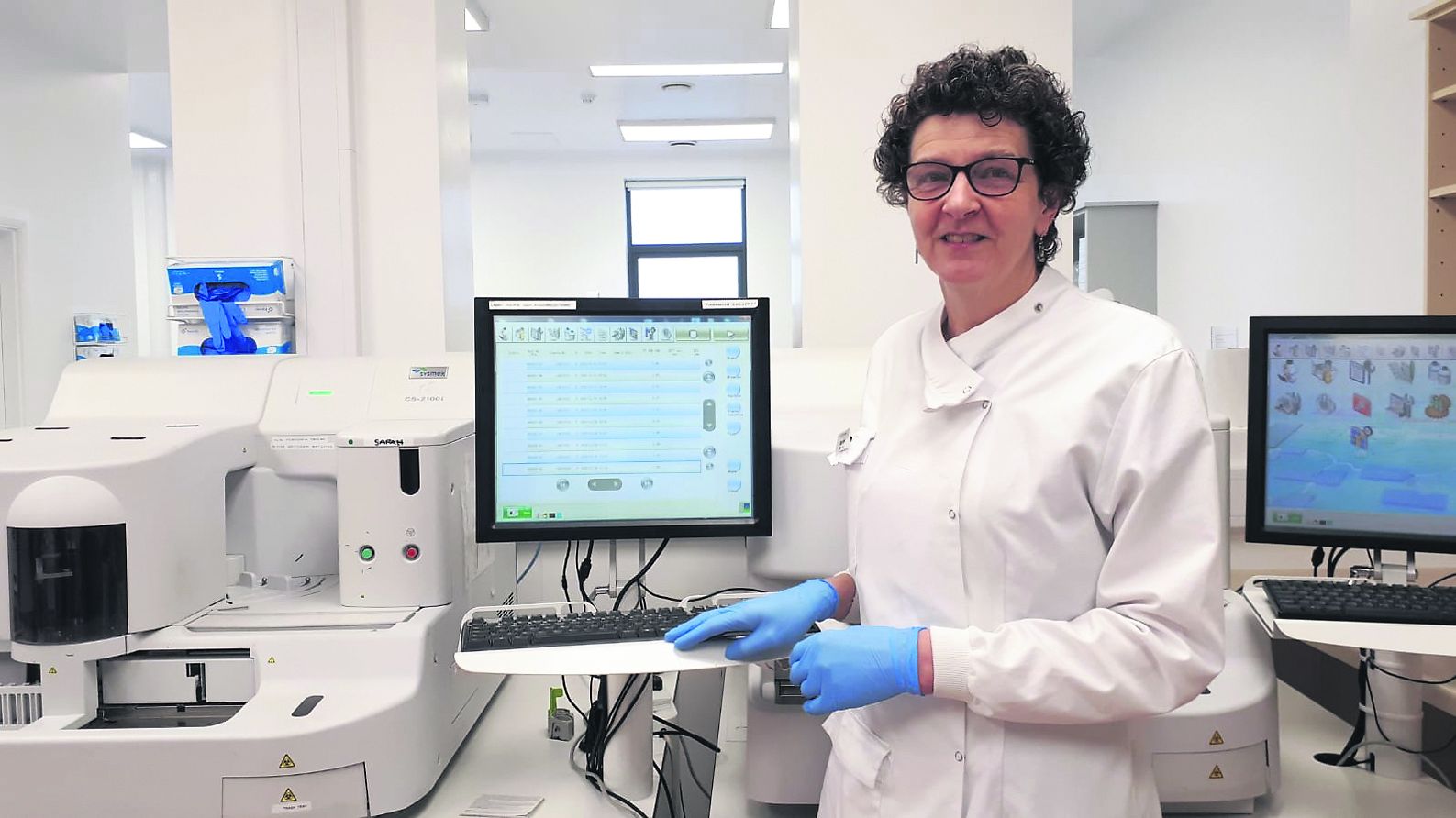 WHEN Margaret Skuce says she’s working on Christmas Day, she really means it as she’ll start her on-call duties at Bantry General Hospital at 9am on the 25th, and won’t finish until 24 hours later.

Margaret, a senior medical scientist at the hospital, is one of those critical health care workers who you rarely get to see, but who does vital work behind the scenes.

The laboratory at BGH offers a 24-hour a day, seven days a week, 365 days a year service across three departments: biochemistry, haematology and blood transfusions.

These labs process 1.2m tests annually from the acute hospital, but also from GPs from Clonakilty, to Mizen to Beara.

Margaret is one of a team of seven lab staff, and this January 21st will mark her 30th year there.

‘Over the years I’ve worked at least 10 or 12 Christmas Days and I don’t really mind. It’s an accepted part of the job. All the team take a key day over the holidays and we share it around,’ she said.

From Ballydehob, Margaret will attend a church service at midnight locally on Christmas Eve, and says there’s a festive atmosphere in the hospital on the day.

Nonetheless, it could be a busy one for Margaret who will start the day by processing bloods of inpatients, while over the rest of the day she’ll process bloods of new admissions, and any cases that deteriorate.

‘New admissions could be anything from someone presenting with chest pain which could be cardiac related or just indigestion; someone with stroke symptoms, or someone with diabetes who blood sugars aren’t regulated,’ she said.

Margaret has to stay within 15-20 minutes of the hospital throughout her shift, so may take a stroll down town at some point, and she’ll overnight in the on-call room.

‘You just make the best of it. The canteen staff serve a delicious dinner so I’ll have my turkey, sprouts and pudding and I’ll bring a good book, and some treats from home.’

On St Stephen’s Day she’s looking forward to getting in a good walk, before relaxing in front of the fire. 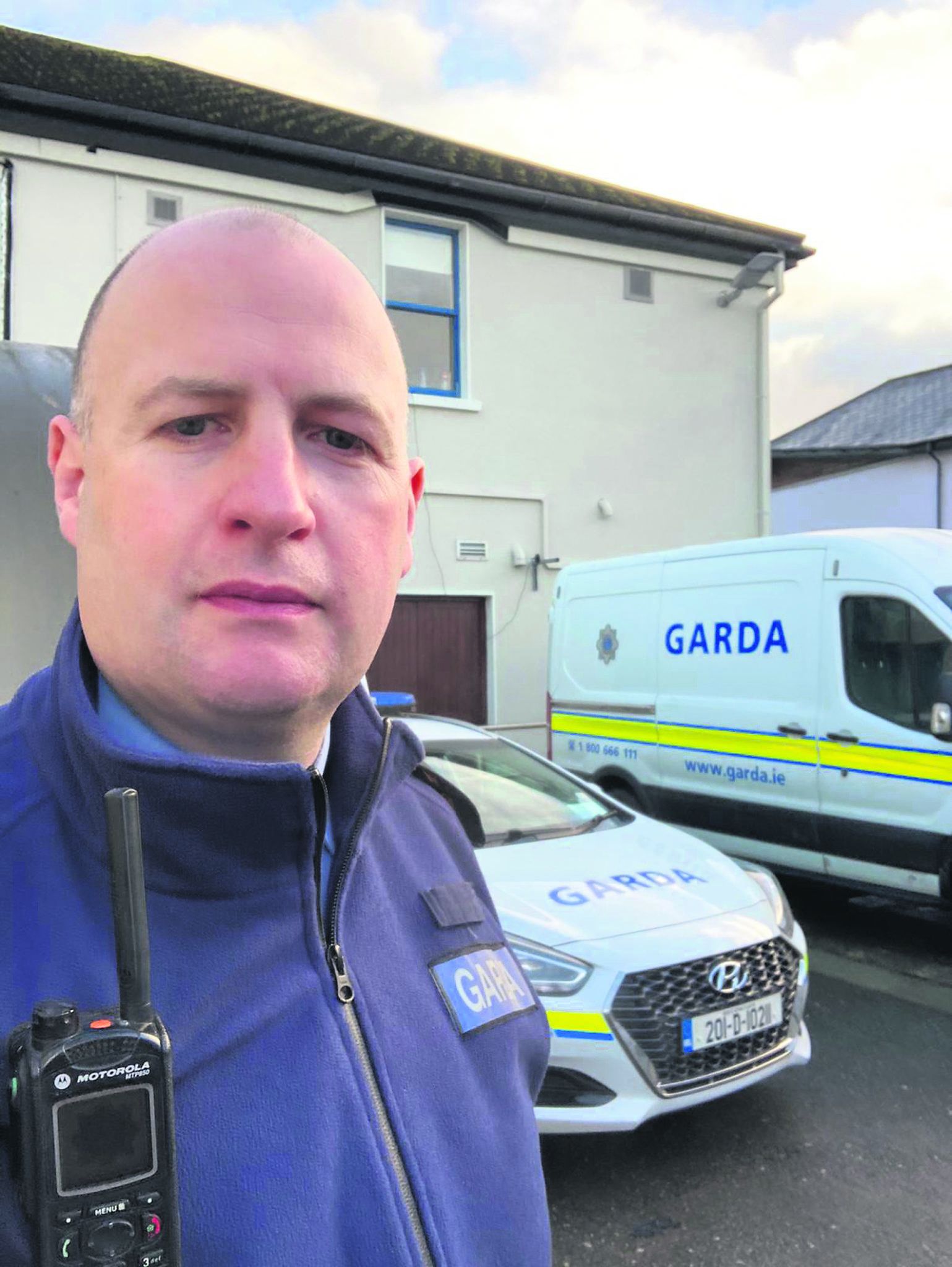 WE’RE all in it together, is the sentiment of Sgt Morgan O’Sullivan who will be working a 12-hour shift in Bandon on Christmas Day.

He’s well used to being on duty on the 25th, and knows it comes with the job description.

‘We find out the roster well in advance so we can organise family life around it,’ he said.

From Castletownbere originally, and living in the Ballincollig area, Sgt O’Sullivan says Santa will make an early visit to his household, to allow him clock on for 7am.

And while his family may not wait for him to tuck into the turkey and ham, he’ll be looking forward to it when he gets home after 7pm. In the meantime, he expects they’ll pack him a special festive lunch.

Other years, members might have enjoyed a breakfast together given the day that’s in it, but this year, that can only be a socially distanced coffee, the Sgt said.

Besides, in many ways, it will be business as usual: ‘There’ll be less calls to the station but we will be required to assist people in a variety of situations across West Cork, for sure.

‘Anything could happen, and we’ll be required to respond so in some ways it’s like any other day,’ he said.

Sgt O’Sulivan said a major feature of policing in 2020 was supporting vulnerable people in the community, and in turn the organisations that support them.

‘That will continue to be a theme for 2021. And if anyone has any concerns about anyone, we remind them to contact us or any garda station.

‘This has certainly been a very different year, and challenging at times, but we’ve worked our way through it like everyone else. We’re lucky to have a great relationship with our community who have supported measures we’ve had to introduce, and we’ve really appreciated that.’