Christy McCarthy in the Schull post office after sorting the mail for the last time, following 37 loyal years of service. (Photo: Tom Newman)

THE sorting of mail – a tradition that goes back to the founding of the State – has ceased at three Mizen Peninsula post offices.

As of January 31st, seven post workers involved in the collecting and sorting of mail at the Goleen, Schull and Ballydehob post offices were relocated to the central office at Market Street in Skibbereen.

It doesn’t mean that the three post offices are closing, but the loss of the sorting facility will mean a 25% reduction in the revenue of postmistress Breda Buckley in Goleen; postmaster Tom Newman in Schull, and postmistress Bridie Roycroft in Ballydehob.

‘It will make the future pretty bleak on the Mizen Peninsula,’ according to Breda Buckley, who believes ‘this is another hit for rural Ireland because it is taking another service from the towns and villages.’

She said people would drop in to collect early mail and while they were in the village would use other shops and services in the village, all of which was good for the community.

During lockdown, postmen and women were very helpful to people living on their own. ‘People would call the office and ask for a message to be delivered with their mail,’ said Breda, ‘but that’s likely to be more difficult under the new arrangement.’ 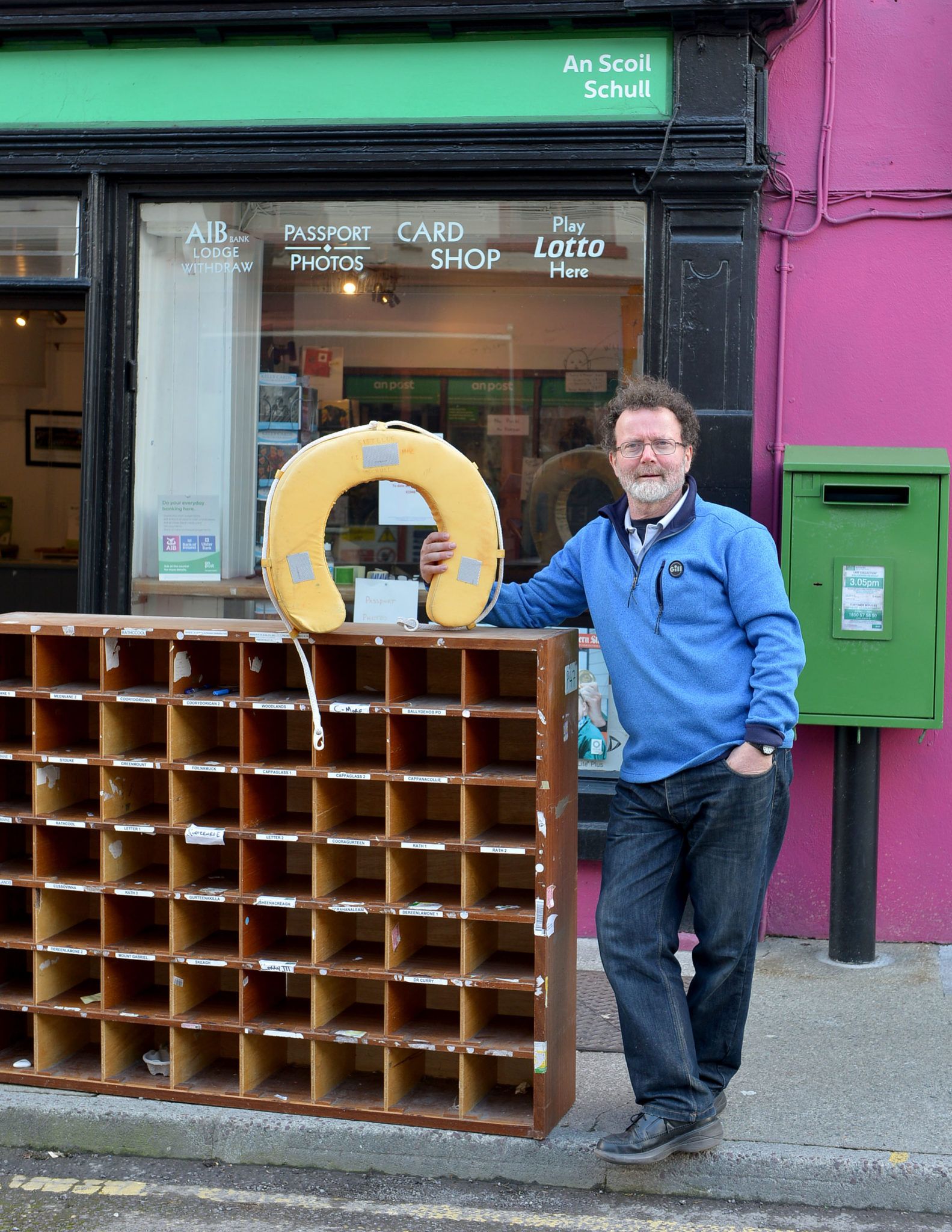 Breda said it is ‘the end of an era because the post has always been sorted here since An Post entered the village.’

On a personal note, she said there is no way for her to recoup the loss of earnings.

Two postmen and a postwoman have relocated from Tom Newman’s office in Schull. ‘It had been threatened for a while,’ he said. ‘And now that it has happened, it is a sad day.’

Tom said his parents Mary Kate and Donal Newman ran the post office for 53 years until they retired in 1992. That’s when he took over and he has been running it ever since.

He said the latest changes means the viability of the sub post offices is looking doubtful. ‘The loss of income is a huge hit,’ said the talented photographer who will now be concentrating on selling his framed photographs at his shop.

‘I lost my postman, and my calling postman who helps with the sorting,’ said Bridie Roycroft.

‘We were expecting it to happen for the last two years, but it is still sad to see all the sorting offices empty because they have been there since the foundation of the State.

‘With the going of the postman goes a big chunk of our salaries,’ she added. ‘It is another nail in the coffin of sub post offices.

‘The relocation of the postmen means we are losing the footfall of people who come looking for letters. And it is a huge loss to all our communities,’ she added.

The changes come as An Post announced it is increasing the price of stamps from March 1st. The standard national letter stamp will increase to €1.25 (currently €1.10) while the standard international stamp will be €2.20 (currently €2).