Leading Irish Illustrator David Rooney explained how he wanted the stamps to shine a light on the impact Irish men had on Antarctic exploration.

Five Corkmen are among eight being celebrated by An Post for their roles in the Antarctic expeditions of the 1800s and early 1900s.

While Kildare-born Ernest Shackleton and Kerry’s Tom Crean are two of the better known explorers, the other six men feature five from Cork.

They are Patrick Keohane from Courtmacsherry, Bandon’s Robert Forde, brothers Mortimer and Tim McCarthy from Kinsale and Edward Bransfield from Midleton.

The eighth explorer celebrated is Francis Crozier from Banbridge in Co Down.

Described as the forgotten Irishman of Antarctic exploration, Patrick Keohane was born in 1879 in Courtmacsherry and enlisted in the Royal Navy when he was 16.  In 1910, he was chosen to be a part of Robert Scott’s team for his South Pole expedition on the Terra Nova. He was one of four Irishmen on the expedition and was noted in Scott’s diaries, whom he shared a tent with, as having good cheer and courage.

He was one of 15 chosen by Scott to accompany him from their base at Cape Evans to the South Pole, a 900-mile trek. When their ponies had to be shot, Keohane was one of the team that hauled the sleds across the ice. However, in December 1911, he was included in the first support party told to return to base when they were 350 miles from the South Pole. It was a decision he was disappointed with, but that would eventually save his life. 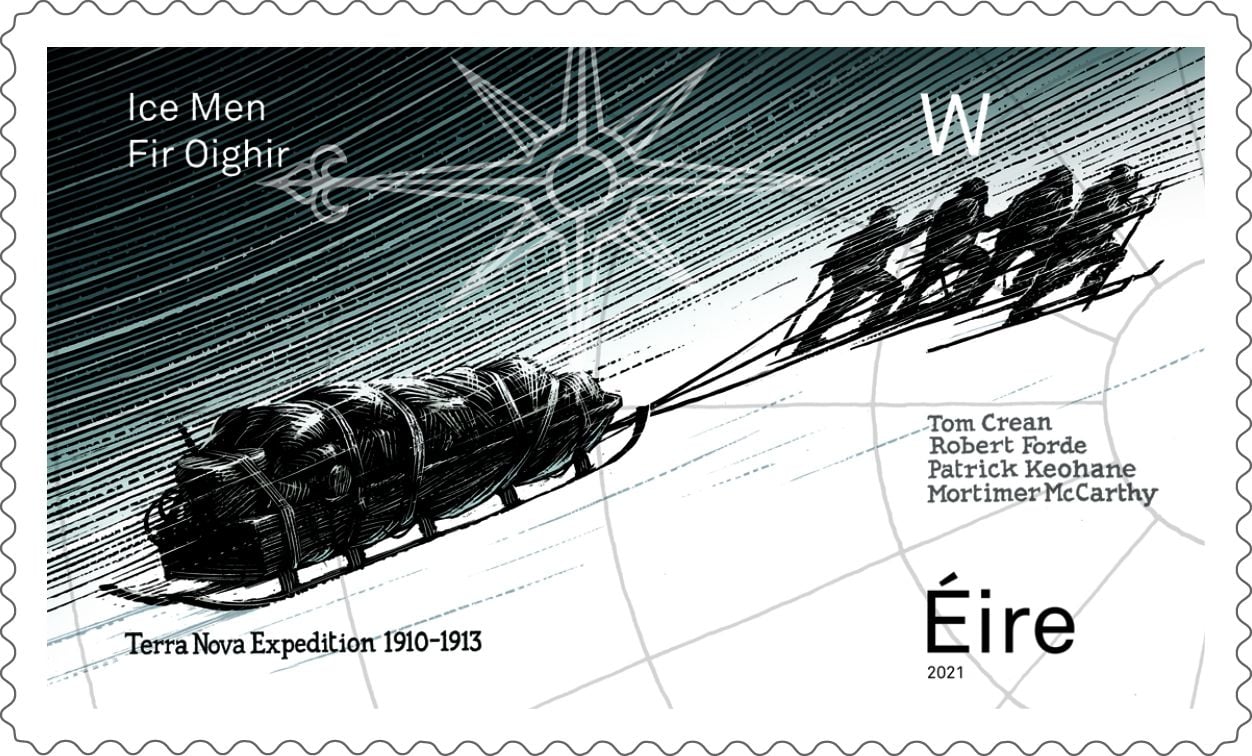 Keohane made it back to Hut Point – their base – in January 1912, and in March 1912, was part of the search party who went out to look for Scott and his team. They only made it 60 miles when they had to turn back because of weather.  He was a part of another search party who, on the 12th November 1912, found the bodies of Scott, Bowers and Wilson. Scott and his team had reached the South Pole on January 16th 1912, but had discovered they had been beaten in the race by Norwegian Roald Amundsen. They had died on their return journey.

Keohane and the remaining men erected a cross in the snow, in memory of their fallen teammates. After life as an explorer, Keohane returned to Cork and married a local girl, Bridget Mary Ivy O’Driscoll in May 1914. They moved to England, and he died in Plymouth in 1950.

Robert Forde was born near Bandon in 1875. When he was 16 he joined the Royal Navy and in 1910, he joined Robert F Scott’s Terra Nova expedition to Antarctica – one of a number of Irish men, including Tom Crean and Patrick Keohane. On the expedition, Forde took part in depot laying missions, worked with the surveying teams and studied glaciers.

During one of these expeditions, he suffered severe frostbite and was sent home. He continued to wear a glove on his hand for most of his life, such was the severity of his injury.

Mortimer (Murt) and Tim McCarthy were born in 1882 and 1888, respectively, into a fishing family in Kinsale. Mortimer joined the Royal Navy at 12. In 1910, he volunteered to join Robert Scott on his Terra Nova expedition to the Antarctic. He made three round trips to the Antarctic in his life and a mountain in Antarctica is named after him.

Tim was a merchant seaman who joined Ernest Shackleton’s Imperial Trans Antarctic expedition on the Endurance. He was one of the six men, along with Shackleton and Tom Crean, who travelled to South George Island on treacherous waters in the James Caird – a lifeboat – to get help for the rest of the crew on Elephant Island.

Once they reached South George Island, McCarthy remained with two of the crew while the others went for help.

They were successful and the remaining members of the crew on Elephant Island were rescued. After this expedition, he went back to sea to fight in World War 1, where he lost his life, aged 28  in 1917.