As we face into another year still grappling with a global pandemic, Brian Moore looks back on the first reports of the virus in Ireland in February 2020, and how The Southern Star reported its progress in the 13 months since

On Saturday February 29th the first case of Covid-19 was confirmed in Ireland, when a young man who had recently returned from Northern Italy tested positive for the virus.

As the cases of Covid-19 continued to increase at an alarming rate across the country, West Cork shops and chemists reported a huge increase in the demand for anti-bacterial soaps and face masks. The Southern Star was published remotely for the first time in its history as staff began ‘working from home’ – a phrase which was eventually so common, it was shortened to the acronym ‘wfh’! Meanwhile, ‘social distancing’ entered into common parlance too, as on March 27th Taoiseach Leo Varadkar announced a national stay-at-home order.By the end of March, there were 3,235 Covid-19 cases, and 71 deaths confirmed nationwide.

The month began with West Cork’s Covid testing centres being forced to close for a few days when stocks of vital protective equipment and testing kits ran out. There was also reported panic-buying of cleaning products, but a number of local distilleries answered the call and produced stocks of vital alcohol-based hand sanitiser. The HSE confirmed that more staff were being drafted in to help, after a number of Covid deaths were recorded at Clonakilty Community Hospital and as April drew to an end, there were 20,612 cases and 1,232 deaths confirmed across the country.

Taoiseach Leo Varadkar announced that lockdown restrictions on movement and public gatherings would remain in place until the middle of the month. However, the month did see a reduction in the numbers of confirmed cases recorded in West Cork, and across the country. Meanwhile, local tourism businesses prepared for an influx of  ‘staycationers.’ At the end of month the HSE confirmed a total of 24,990 confirmed cases so far, and 1,652 deaths nationwide.

A 40% increase in the number of domestic violence incidents in West Cork was reported since the lockdown began in April. The HSE confirmed a total of 10 deaths due to Covid-19 at Clonakilty Community Hospital, as well as five deaths at a care home in Macroom. With more and more West Cork residents working from home, the lack of rural high-speed broadband was highlighted when a group of Gaggin residents were forced to work in their cars outside St Patrick’s Church in Bandon to access an adequate broadband signal. At the end of the month, the number of confirmed cases stood at total of 25,473 with 1,736 deaths recorded since March.

The HSE released the Covid tracker app and new Taoiseach Micheál Martin confirmed that face coverings on public transport were compulsory. Meanwhile, as travel restrictions were eased, an influx of staycationers descended on West Cork. This saw gardaí dealing with traffic mayhem at beaches across the region. Cases stood at 26,065 with 1,763 deaths. 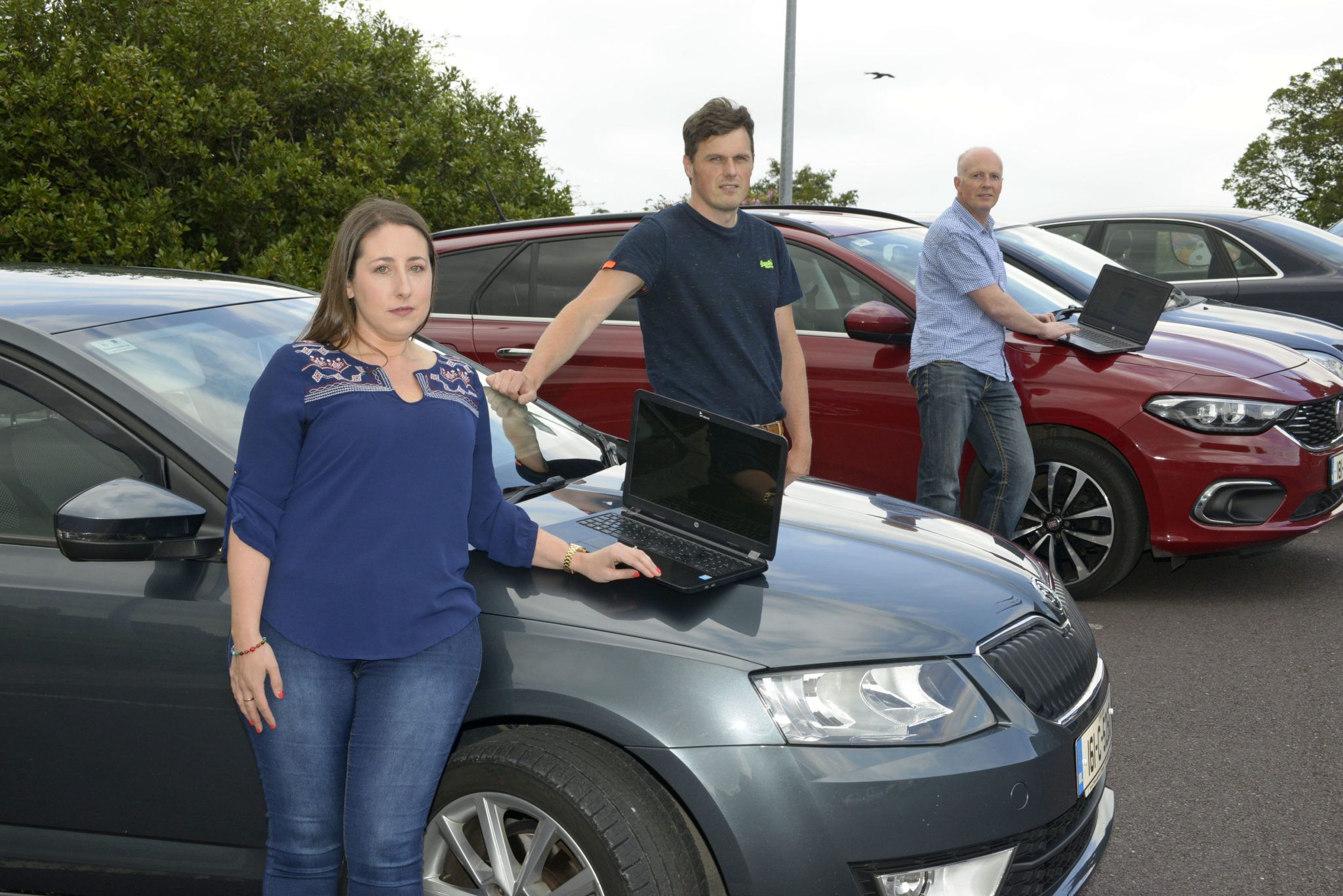 Gaggin residents were forced to work in their cars

The government made face coverings mandatory in all shops, shopping centres, libraries, cinemas and hairdressers. Wet pubs remained closed and publicans across West Cork criticised the government for what they described as their ‘lost summer’. There was also major flooding across the region, as the numbers confirmed with Covid-19 slowly began to increase once more. At the end of August, there was a total of 28,811 confirmed cases and 1,777 deaths nationwide.

It was Leaving Cert results time and back to school for thousands, as pubs got the green light to reopen after six months of lockdown. The HSE reported that Skibbereen had the highest number of Covid-19 cases in West Cork, while there was a significant jump in the numbers of confirmed cases nationally, up by over 7,000 to 36,155 with 1,804 deaths nationwide to date. 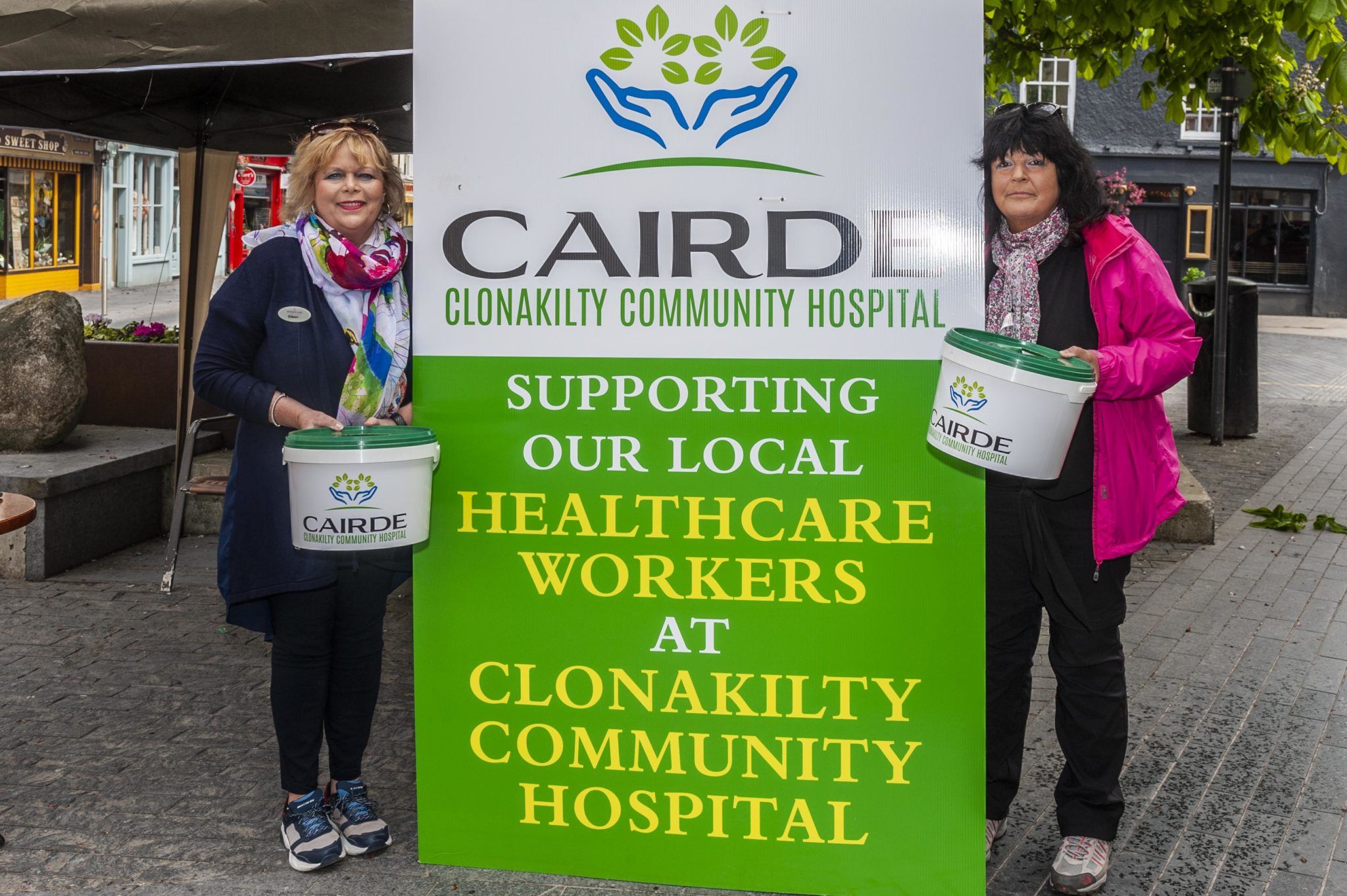 Following the alarming rise in the number of virus cases nationwide the HSE, Cork County Council and the gardaí issued a joint appeal to the public reduce social interaction. The government placed the entire country back under Level 5 from October 21st until December 1st. Confirmed cases had jumped to 64,456 with 1,913 deaths in total.

West Cork prepared for a socially-distanced Hallowe’en as the government announced the relaxing of Covid restrictions from December 1st up to January 6th to cover the Christmas season. It was reported that 108 women had contacted West Cork Women Against Violence, looking for help, in the six months since the pandemic hit, from March to August. Covid cases nationally stood at 72,544 with 2,053 deaths.

An early Christmas present came when it was announced that a Covid vaccine had been approved and would soon be released. However, as Christmas Eve approached and the numbers of people contracting the virus across West Cork, and the country, continued to grow, a return to Level 5 restrictions was imposed beginning on December 24th, with some exemptions. The Christmas season came to an end with the first person in Ireland receiving the vaccine, but with a jump of  20,000 positive tests for the virus, bringing the total number of cases to 91,775 with 2,237 deaths since March.

The New Year began with the announcement that on January 1st alone a further 1,754 cases had been confirmed nationwide. Schools did not reopen, and GPs across West Cork pleaded for the public to adhere to the guidelines. West Cork’s three TDs urged the government to tighten the country’s borders to stop the spread of Covid-19 and its emerging variants. As the first month of 2021 came to a close, there were 196,547 cases and 3,317 deaths confirmed.

There was tragic news from Deerpark Nursing Home in Bantry with the announcement of six deaths due to Covid-19, which later rose to 11. The vaccine began to be rolled out to all frontline workers and the over 85s in West Cork.

As the anniversary of Ireland’s first confirmed Covid-19 case dawned, there were fears, expressed by local GPs, that the rollout of the vaccination programme was too slow, and confused, with one Castletownbere practice describing it as an ‘omnishambles’.