Gordon Elliott celebrates after winning with Envoi Allen at Cheltenham last year, but he won’t be spotted in the winner’s enclosure – or anywhere – at Prestbury Park this year, after the controversial photo of him astride a dead horse went ‘viral’,. (Photo: INPHO/Dan Sheridan)

As West Cork racing fans gear up for another exciting Cheltenham, one trainer who won’t be spotted at Prestbury Park is Gordon Elliott. But is his banning just a crude example of ‘cancel culture’ crossing over into sport, asks Jack McCarron

On Tuesday the ‘Greatest Show on Turf’ gets underway at Prestbury Park as the world of horseracing descends on Cheltenham for the annual four-day spectacular.

Innishannon jockey Aidan Coleman will be there, as will Dunmanway’s Gavin Sheehan.

But one man who won’t be on course at the famous Cotswolds venue is prominent Irish trainer Gordon Elliott who has had his licence suspended following two weeks of controversy that will henceforth be known as #FloggingADeadHorseGate. 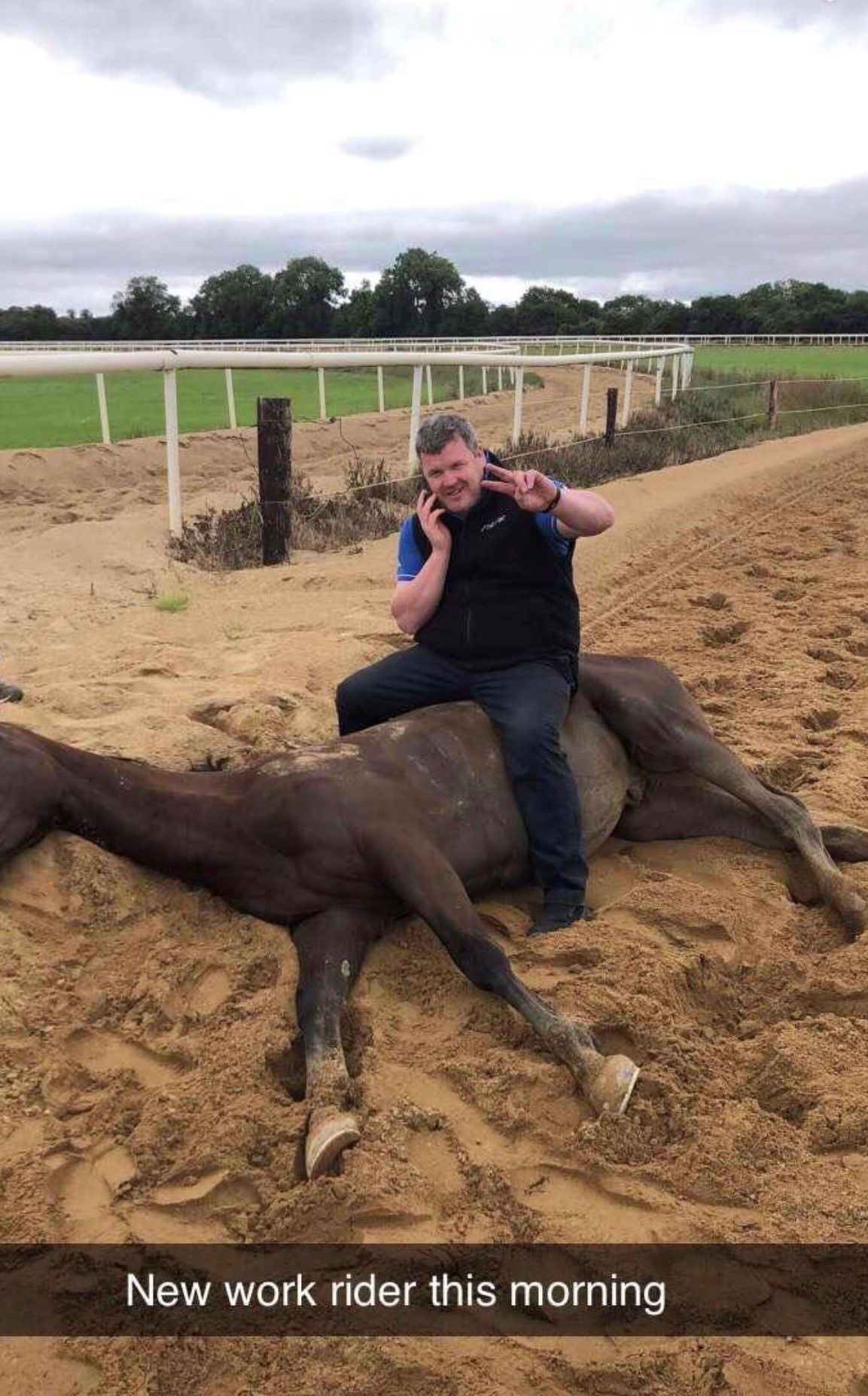 The controversial photo of him astride a dead horse.

Elliott, who has had 32 winners at the festival, will be forced to watch from home like the rest of the public, who have been refused entry for Covid-related reasons.

The three-time Grand National-winning trainer would have had his eyes set on landing the top trainer title at this year’s festival, but instead he has found himself mired in a scandal that has dominated the news cycle on both sides of the Irish Sea for the past fortnight.

His crime? Being photographed while sitting on a dead horse at his gallops near Longwood in Co Meath.

‘Indefensible’ is how legendary jockey Ruby Walsh described the incident on 2FM’s Game On and it’s hard to argue that point.

Many of those linked to Elliott agreed. Betfair dropped him as their ambassador.

Horses owned by Cheveley Park Stud, including superstar Envoi Allen, were removed from his yard.

His very character was attacked on the airwaves, including on Liveline where the story was the only show in town last week.

‘He’s an outsider,’ said one caller, likely referring to Elliott’s background as the son of a mechanic. One suspects his familial history wouldn’t have been cited as a reason for his indiscretion had he come from a life of racing privilege.

And that’s a point worth examining. Yes, what Elliott did was an indefensible act. Disgraceful even. It brought the sport into disrepute.

Horseracing has enough problems without one of its most prominent figures posing with a giant grin on his face while the corpse of one of his equine charges lies unresponsive beneath him.

But the reaction was surely over the top. This is a sport that has for years turned a blind eye to the involvement of any number of unscrupulous characters.

There was barely a ripple following the recent BBC Panorama documentary which focused on Sheikh Mohammed and the questionable treatment of his daughter Princess Latifa.

The ruler of Dubai is a very powerful figure in racing and, to his credit, employs hundreds of people in the industry, many of them here in Ireland. But why the British Horseracing Authority thought it necessary to sanction Elliott (prior to the outcome of the Irish inquiry) and not the Sheikh is rather curious.

There was no sign of government chief whip Jack Chambers decrying Sheikh Mohammed’s involvement in Irish racing on Morning Ireland the day after the Panorama programme aired.

Yet there he was, bravely telling Mary Wilson that he was ‘shocked and appalled’ by the Elliott photograph in the hours after it appeared online.

When Paul Kimmage and David Walsh, two of Ireland’s most respected sportswriters, dipped their toes into the world of racing and its alleged doping issues recently, they were dismissed. Leo Powell, editor of The Irish Field even encouraged  readers to take ‘some time out this weekend to distance ourselves from the people who only look for negative headlines that serve to tarnish our sport and business.’

Surely the alleged systemic doping of racehorses on this island deserves as much attention, if not more, than the scandal Elliott has found himself embroiled in.

What Elliott did was wrong and he was rightly reprimanded, but spare us the crocodile tears. Racing, both in Ireland and the UK, has plenty of problems.

And a mechanic’s son from Co Meath is the least of them.

• Jack McCarron is The Southern Star’s digital manager and former producer at the Racing Post. He covered the sport across Ireland and the UK for three years.