Colette Knight made the trip to the hospital in Belfast with the help of her daughter Adele and a local TD.

As the ‘Belfast or Blind’ bus made its 70th trip to the north, a mother and daughter availed of the service and endured the 1,000km round journey for yet another eyesight-saving procedure

AN 84-year-old woman from West Cork made a 1,000km journey from Bantry to Belfast recently to save her eyesight.

The woman, Colette Knight, who uses a wheelchair, rose at 2am on Sunday August 15th and she was collected an hour later by a local TD and brought to Bishopstown Court in Cork to meet the coach known as the ‘Belfast of Blind’ bus – number 70 – for the 1,000km round trip.

To undertake the second leg of the journey with her daughter, Adele Knight, the 84-year-old was lifted onto a bus that was not wheelchair accessible.The dangers of such an undertaking gave local TD Deputy Michael Collins – who organises the bus trips with Kerry deputy Danny Healy Rae – cause for concern.

The previous Friday – when he brought the woman and her daughter Adele to Cork for their PCR tests – he had a private word with Adele, highlighting his concerns.

‘I pointed out that the bus was not wheelchair accessible,’ said Deputy Collins, ‘and asked if her mother would be able for the seven-and-a-half hour journey to Belfast.

‘Adele said her mother had previously lost the sight in one eye and she was not going to let her lose the sight in the other, so she would go ahead with the trip to the Kingsmill hospital for the cataract operation, so she could save her sight.’

Adele – with the help of others – lifted her mother onto the bus and lifted her off again at 11.30pm on Monday night. 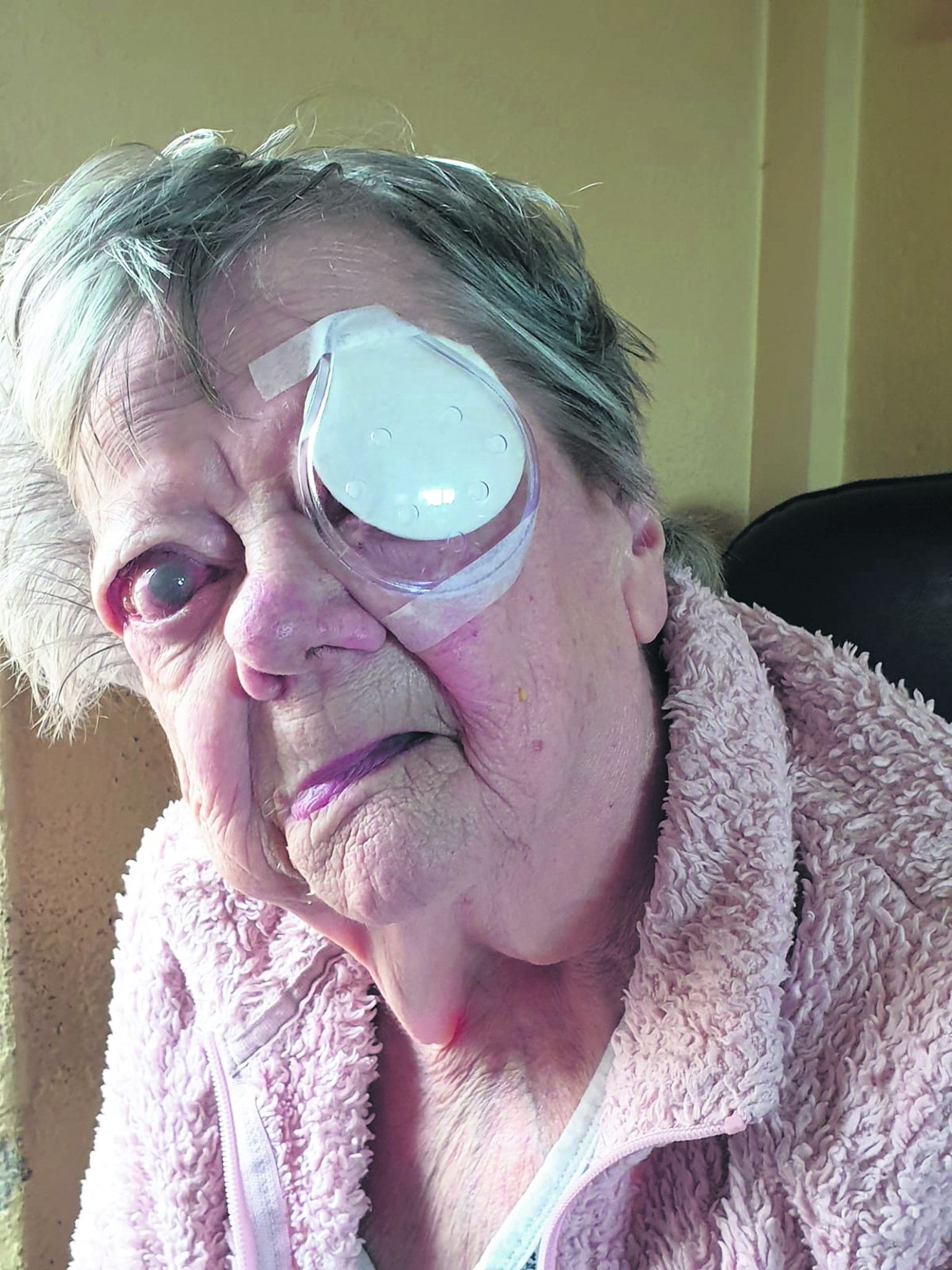 They were collected in Cork by the TD and brought back to Bantry where Adele tucked her mother up in her bed at 1.10am.

On the journey there, Michael suggested she take a hot whiskey before going to bed to help her rest after the gruelling trip North and back, but she demurred, saying she’d prefer a gin and tonic.

The fact that the mother and daughter have no transport themselves put them at the mercy of the ‘Belfast or Blind’ bus, which has already made 70 round trips and facilitated hundreds of people in getting the medical procedure needed to save their sight, or replace hip and knee joints.

‘I’m just glad to know how delighted she is to have her eyesight back,’ said Deputy Collins.

‘She loves sport,’ he added, ‘and now she says she can watch it on the telly.’

Adele spoke to The Southern Star confirming: ‘Today, my mum can see me. It was a long journey but the results were worth it.’

She added: ‘I know if she could do the other eye, she would, but, sadly, that’s no longer an option.’