IF you’re one of my regular readers, it might appear that I’m reviewing a lot of Mercedes-Benz cars lately.

A perception that’s actually true. One of the longest established car brands and the proverbial luxury leader, it’s just that M-B is on a roll-out roll at the moment.

That’s the kind of thing that happens with most carmakers from time to time, with models undergoing simultaneous generational changes and, within them, various derivatives to try out.

The electrification shift has been a key part of that trend. And many of the Mercedes-Benz cars I have been driving recently have either been full electric models, or plug-in hybrid variants from the brand’s existing range. This is the case with the CLA they’re showcasing here.

It is the smallest in the range of M-B four-door coupés, which arguably have a diminishing place amongst the swarming legions of SUV-crossovers currently the trend. Yet I spent a week with a satisfaction that began the first time I sat in, and was still there when I got out to hand the keys back. 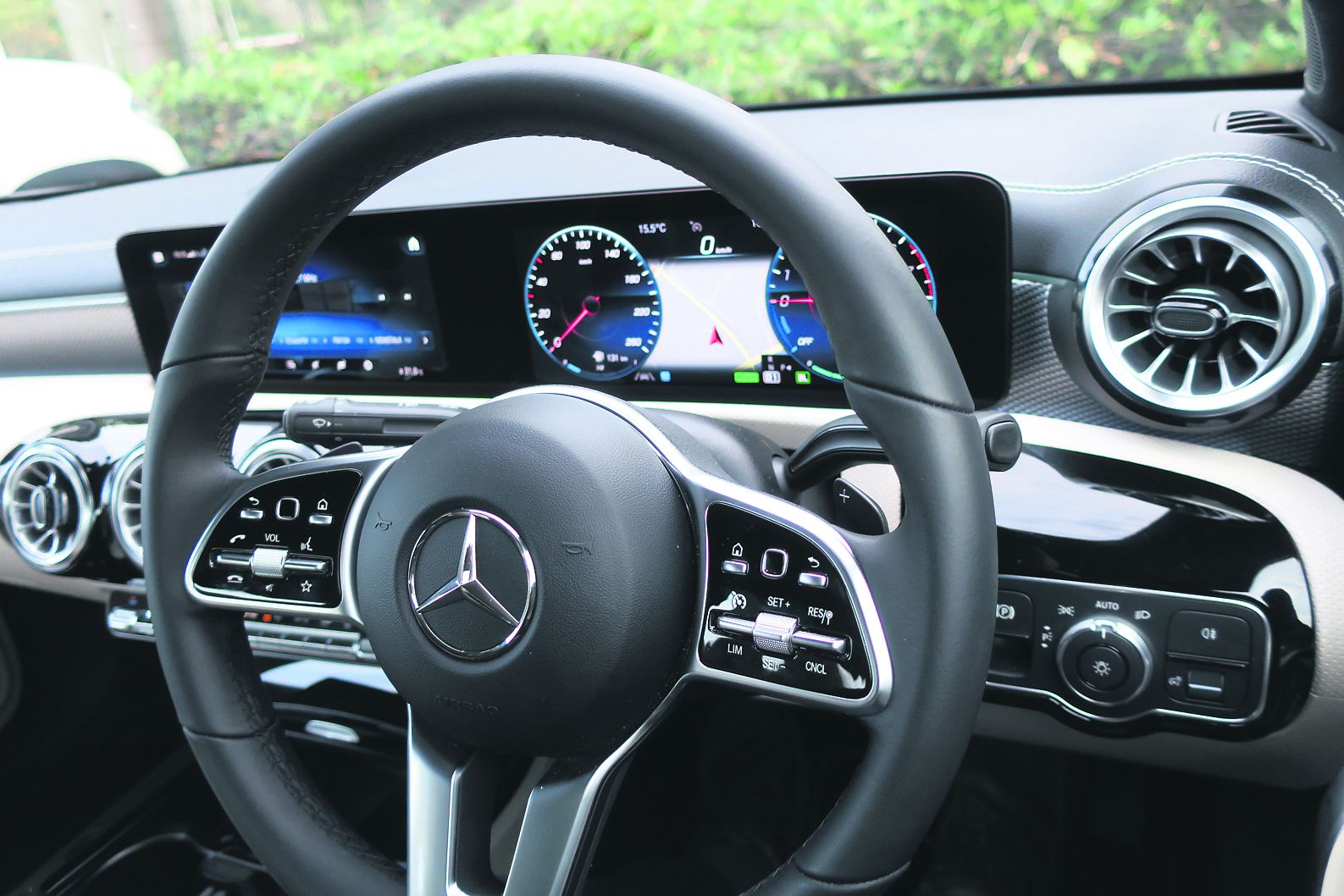 As one of the A-Class cars, it’s not big.

But twice I got comments that it looked big, or at least bigger than it is. It is stylish in that understated way that I personally like.

It also is certainly not a car for a family with fully-developed teenagers to ferry around … the roofline doesn’t suit that, nor would the boot hold their stuff.

But for someone like me, of so-called retired age, the CLA proved to be just right in size and feel. Technically, it is also very efficient in aerodynamic terms, not so much for the coupé style, as for the very flat underfloor.

It’s the second generation of the CLA, and has been with us since 2019. So I have been in this before, and the interior ambience is familiar and sleek, cosseting in light-coloured leather and glamorous in the style and colours of the instrumentation screens — in the review car they were the larger 10.5” ones. I have to make a confession here, I’ve gotten used to the touchpad that navigates through the centre one, after having railed against it in a number of M-B reviews of recent years. It’s better than stabbing at the screen itself. The driving experience is all modern Mercedes-Benz, comfortable and predictable in handling — though it is front-wheel-drive, which the diehard purists will still sniff at.

It’s a quiet car, obviously, as the package includes a specific acoustic damping technology. All the driver assists you might want to juggle, but I still try to leave off the lane assist, which annoys as well as occasionally reacting harshly.

As mentioned, revisiting the CLA this time was for electrification. The 1.3 inline four with some 160hp has the addition of an electric motor that both allows around 50km or so of electric driving and also boosts total output to 218hp. As a driving package with the eight-speed dual-clutch auto, it offers smooth progress and a belt of extra acceleration that contributed to the overall satisfaction of driving this one.