HERE we go, all-electric again. This time courtesy of Peugeot, and a week spent in an e-2008. Which gave me the opportunity to gather some hard data on just how a small family electric car manages in real life.

We’re into what is likely to be the sweet spot in range terms, the 310kms rating which this one comes with. It proved to be pretty accurate.

Why the sweet spot? Partly because the size of the battery is small enough to allow an arguably achievable pricing. And for the same reason it doesn’t take too long to charge it up, either from your wall box at home or at the growing network of high-capacity chargers ESB has been installing over recent months.

If you have been following this correspondent’s electric car journeys, you’ll know my advice now: they work best when you use them like your mobile phone. To wit, plug them in every night and you have a full ‘tank’ of juice when you start your day. For 90pc of your motoring, that’s going to leave you with a very solid reserve of range that you’re never going to have to dig into. Very quickly you’ll stop bothering to look at the number of kilometres left available.

For the occasional long distance trip you’ll have to plan a little. Check the location and availability of charging facilities on your route, though more likely at your destination (after all, how many places in Ireland are more than 300km from where you live?). 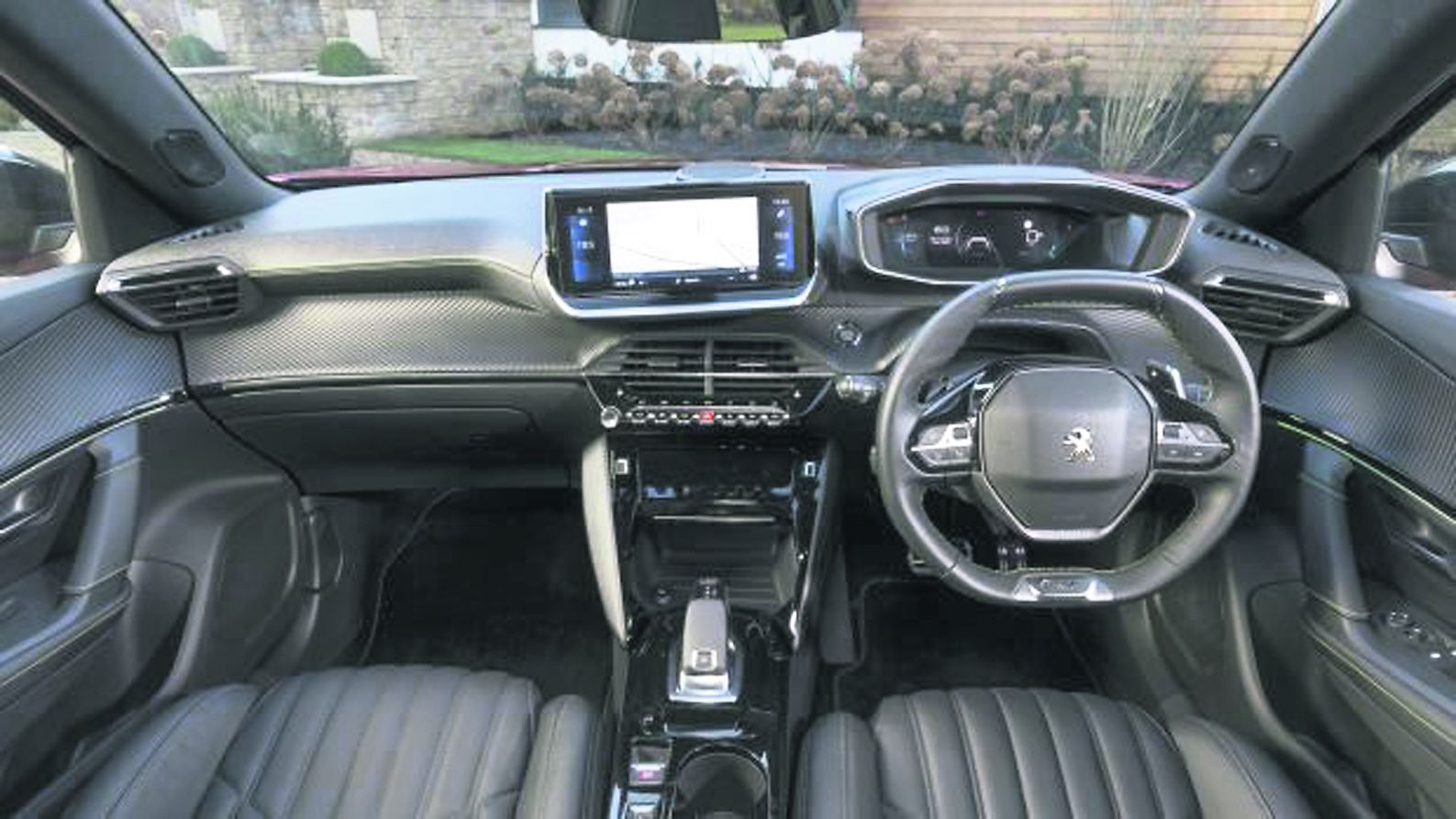 Not having that wall box — because I don’t own an electric car and it is ridiculously expensive to install one when you can’t avail of the grants — I simulated the ‘plug-in overnight’ by slipping out early to my local Circle K and topping up from the typically 65-70pc charge level left from the day before. Essentially it took 30 minutes out of my day, which I ignored because that included the few minutes out there and back and the opportunity to read a couple of the longer articles in my newspaper which I might not have ‘found’ time to do otherwise. I was back home with 95pc of charge … the extra 5pc would have taken me another 20 minutes because of the nature of charging to full.

One of the days we took a run over the mountains with a total trip distance of 112km. The amount of electric range used was 104km. Which demonstrated the benefit of regeneration. While obviously the climb up to the top of the mountains used more charge, on the way down the other side it recharged the car’s battery by 40km. It was similar on the way back. So it’s very much a case that things balance out on topography.

The 2008 is offered with both traditional petrol and diesel engines as well as all-electric. Driving it 300km in petrol would cost €26, in electricity at my local ESB e-cars charger €15, and at standard rates on my home electricity €13. 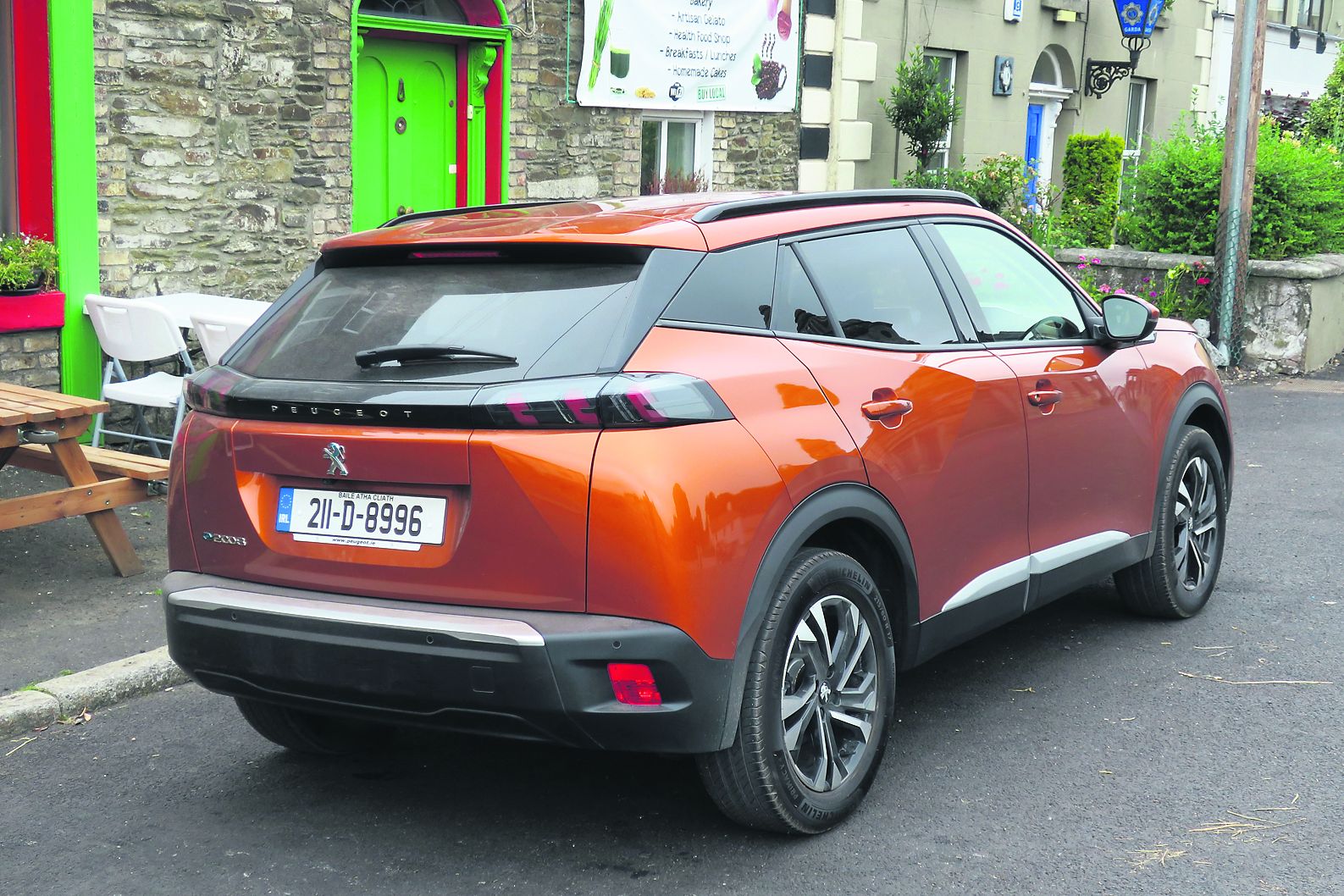 So here YOU have to work out the savings you will make in fuel against the extra cost of buying the e-2008 against its petrol or diesel equivalents. And when you compare the real equivalent, the automatic 130hp petrol, the electric is only €2,417 more, from which you can also deduct €240 in road tax savings over five years, not to mention lower servicing costs.

As for the e-2008 as a car? It’s a sweet one in any variant. The EV version drives very nicely, and in style the car is one of the best-looking small SUVs on the market. Space is well up to requirement in the segment, and there’s no stinting on quality of fittings and finish.

A crib? Yes, but only because it is part of my job to be a nerd. While the car was charging, the readout on the rate of charge per hour was so tiny that I had to squint even through my glasses to see it.