CAR OF THE WEEK

SOMETIMES a car model can be a game-changer, and the Volvo S60 is a perfect example.

When the first generation was launched in 2000, it shattered the image of the brand as a producer of safe but stolid and square cars. The launch slogan was ‘New Direction’. A TV ad depicted everything else on the road going backwards as the car drove forward.

That new direction coincided with the Ford Motor Company having recently bought the car division of the Volvo Group. And the curvy themes and premium treatment of interiors subsequently found its way through all Volvo models. Today, it is rightly regarded as a true premium brand, alongside the likes of Mercedes-Benz, BMW and Audi.

Today, too, it is a subsidiary of China-based automotive group Geely. Which doesn’t seem to have done it any harm, as the brand sold more than 700,000 cars globally last year. 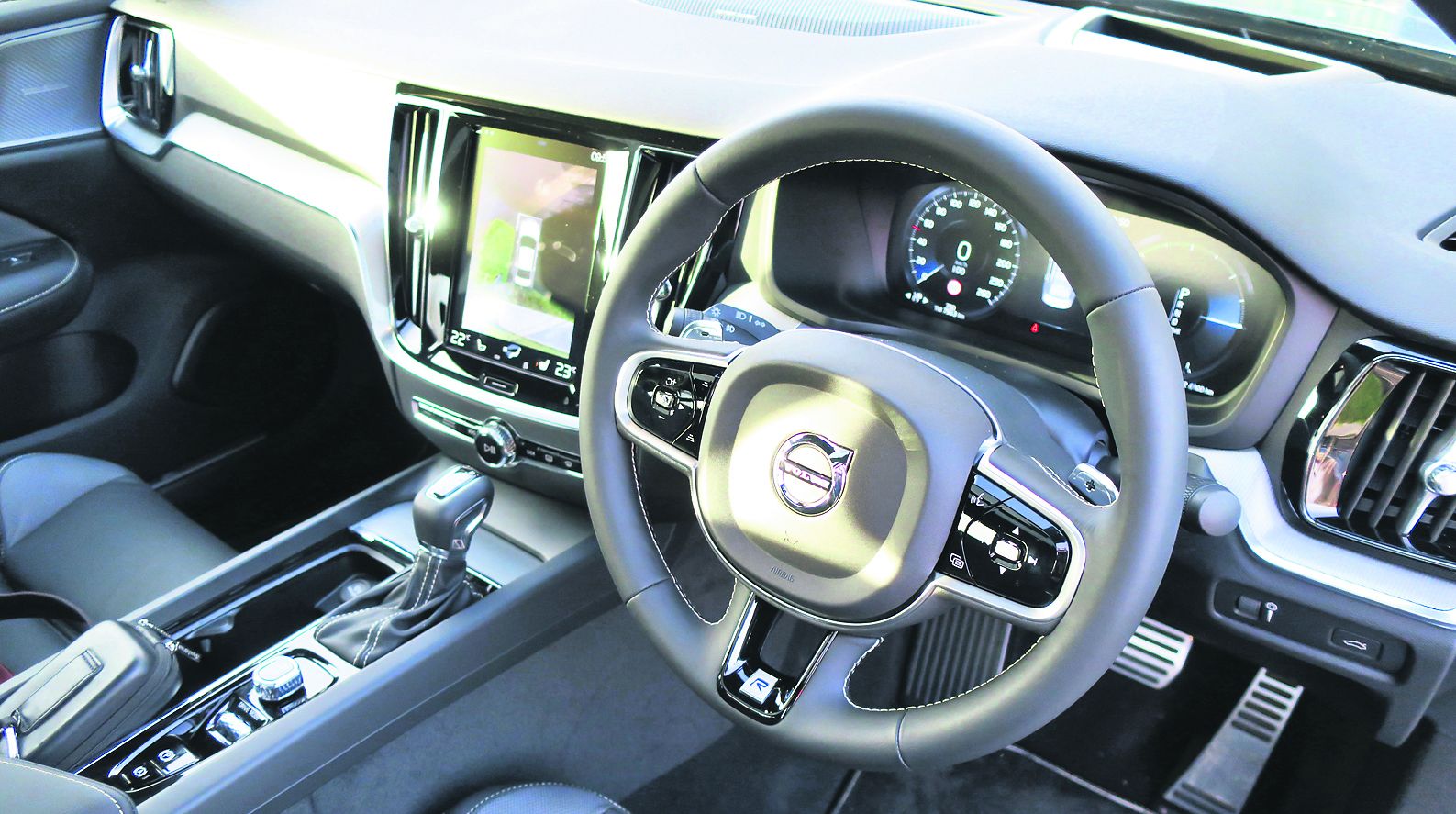 The latest S60, the third generation, went into production at the end of 2018, in the first Volvo factory in the US. It went on sale here in the middle of last year.

In style, the car is a little longer than its predecessor. It also has a stronger look, with some very defined side sculpting. The strong definition of the latest grille style, with the unmistakable Volvo Cars diagonal motif, works well with the equally distinctive current headlights ‘split’ styling. The rear design in strong, especially when back lights are on, showing a distinctive style.

One would generally not ascribe a styling to Volvo as ‘aggressive’, but certainly the new S60 has a greater look of purpose than the softer design of its predecessors.

Inside, the review car was the premium finish that we’ve come to expect. Though I was disappointed that the interior theme was dark, as I’ve come to like very much the brighter leathers and trimmings I’ve had in other Volvos. But there is no doubting the feel of luxury, and the attention to design detail. The jewel-cut ‘twist’ start/stop knob is just a small example.

The new car has a longer wheelbase, so there’s plenty of space for those in the rear. They get adequate headroom too. The car is low-slung, and having previously been in a compact crossover, it took me a short while to get used to sitting in instead of sitting up. But the driving position is good, and controls in the right places. The centre vertical screen no longer seems as big as when originally put in the brand’s cars, in part because so many other makers have gone the same route.

This is the first S60 that doesn’t have a diesel option. My car was the 250hp petrol, there’s also a 190hp available. The top powertrain is hybrid, with a combined 360hp output.

With the automatic, my version proved supremely smooth and very quiet to drive. With a 7.5L average fuel consumption, for its size the S60 did well in economy.

I actually know that you can comfortably throw the S60 around and it will not let you into trouble. But I didn’t, because the whole ambience encourages precise, controlled and sensitive driving. That is Volvo for you, not least because of the myriad active and passive safety systems that are standard. And that’s all good in my view.

If you’re in the market for either a BMW 3 Series, or an Audi A4, this is in definite consideration for an alternative.

What I liked: Thinking back how far Volvo has come.