IT would be easy to say that the various brands in the Volkswagen Group simply make small revisions to style and then are clones of each other. It’s a bit more subtle than that, though.

Like the Seat Ateca, a compact SUV that does share most things with its cousin Skoda Karoq, but doesn’t directly reflect any equivalent SUV/crossover in Volkswagen’s own range. It is larger than the T-Roc, smaller than the Tiguan, for instance. So, in the Volkswagen firmament, it and the Karoq fill their own distinct space.

Are a few centimetres here or there that much difference? Probably not, the average car buyer doesn’t go around showrooms (now that they can do that again) with a tape measure. But the sizing does put the Ateca right in the most successful family cars format of the second decade of this century — with Nissan’s Qashqai to Peugeot’s 3008 to Kia’s Sportage and several other notables. 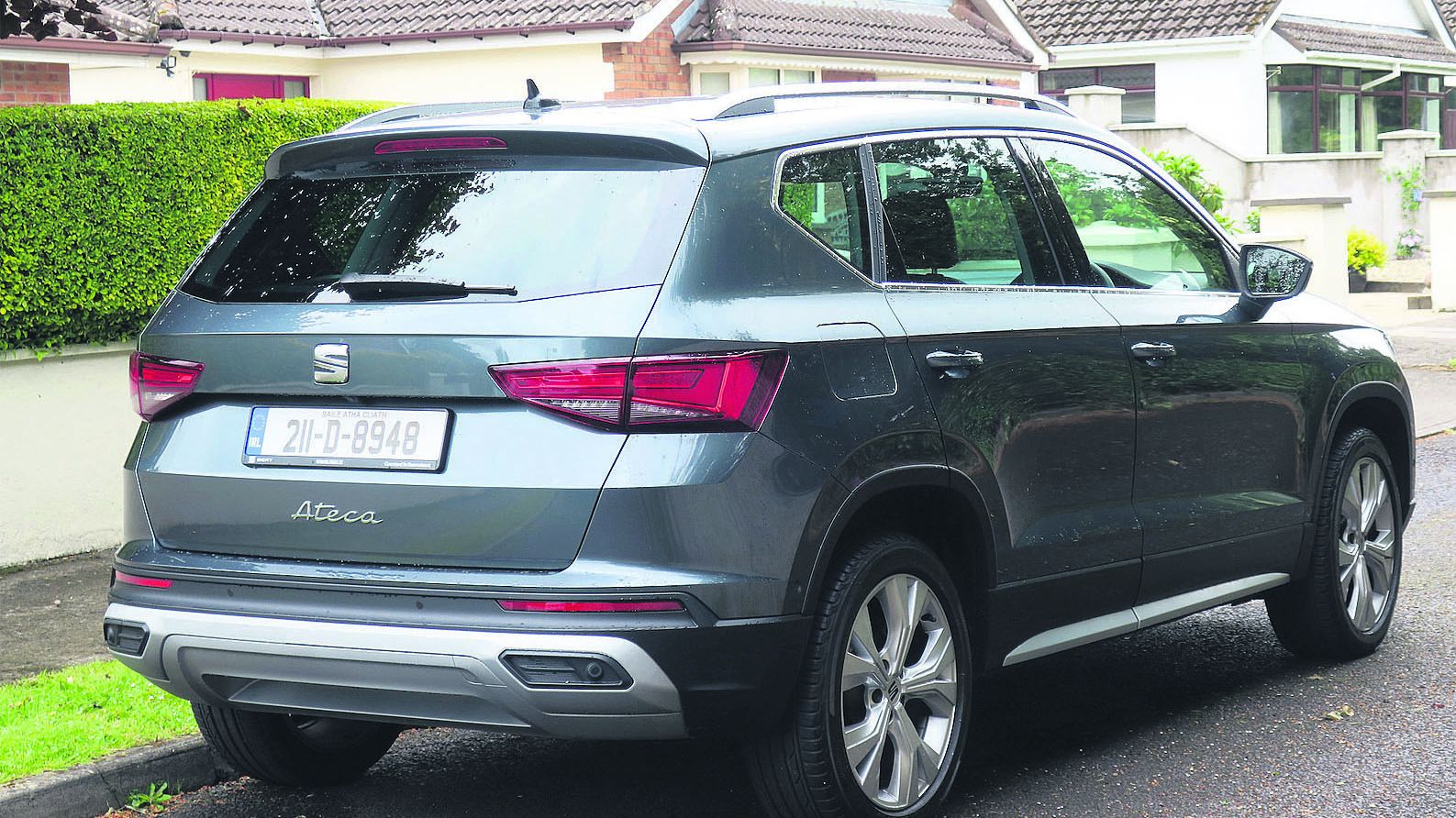 First launched in 2016, the Ateca got a mid-life nip and tuck last year which refreshed the front and added a tad to the length. It didn’t need to be much and it was enough to make the car look right at home in a 2021 driveway.

And what I noticed most about it outside my house was the neatness. An SUV in style, but absolutely without any intimidatory design elements.  It looks good front, profile, and rear. I’ve always liked the Seat’s ‘S’ logo, too. Distinctive but never overwhelming.

That neatness also transferred to the inside. The dashboard has clean lines, with a well integrated centre screen and main instruments, the latter in traditional analogue style with the option of a digital readout between the dials.

There’s very much a sense of not trying to be avant garde here, which means the car is aimed at that large middle ground of buyers who don’t particularly go for whiz and glitz. And, as is my wont, let’s hear it for the straightforward climate controls, real knobs.

It’s obvious that the buyer target is also a full family cohort, because the rear seats offer lots of knee-room as well as quite adequate space for elbows and heads. At the compact end of the segment, Ateca doesn’t compromise here. Nor does it do in luggage capacity, with the 520L quite well up on even some of its larger competition.

My review car was at the top end of the possibilities, so came with the full whack of safety and comfort tech that’s now available. Top connectivity, too, with the small niggle that the USB connections are the latest ‘C’ kind … which just shows that my charging leads are a little behind the front line. It also had a wireless phone charging pad, and for the first time I realised that my iPhone 8 actually has this capability!

There are petrol and diesel options in the Ateca, and dual-clutch automatic available in both. My review car had the 2.0 150hp diesel that has long been a workhorse in the Volkswagen Group, with the 7-speed automatic. After a fairly long period of driving petrol and electric cars, the diesel did sound relatively loud at the start. But I got used to it quickly, and on the run it remains a reasonably smooth performer that will take you easily down the long road.

There are ads and commentary saying ‘diesel is dead’, which are for the moment somewhat ahead of themselves. Sure, the share of diesel in the sales of cars today has come down significantly, at the moment registering around 36pc.

I expect it to sit around that point for quite some time, because for a certain level of annual driving, it makes the most sense. As also does the Seat Ateca and its cohort of competitors for those who want a no-nonsense family car.

What I liked: It’s an eminently pleasant family car. 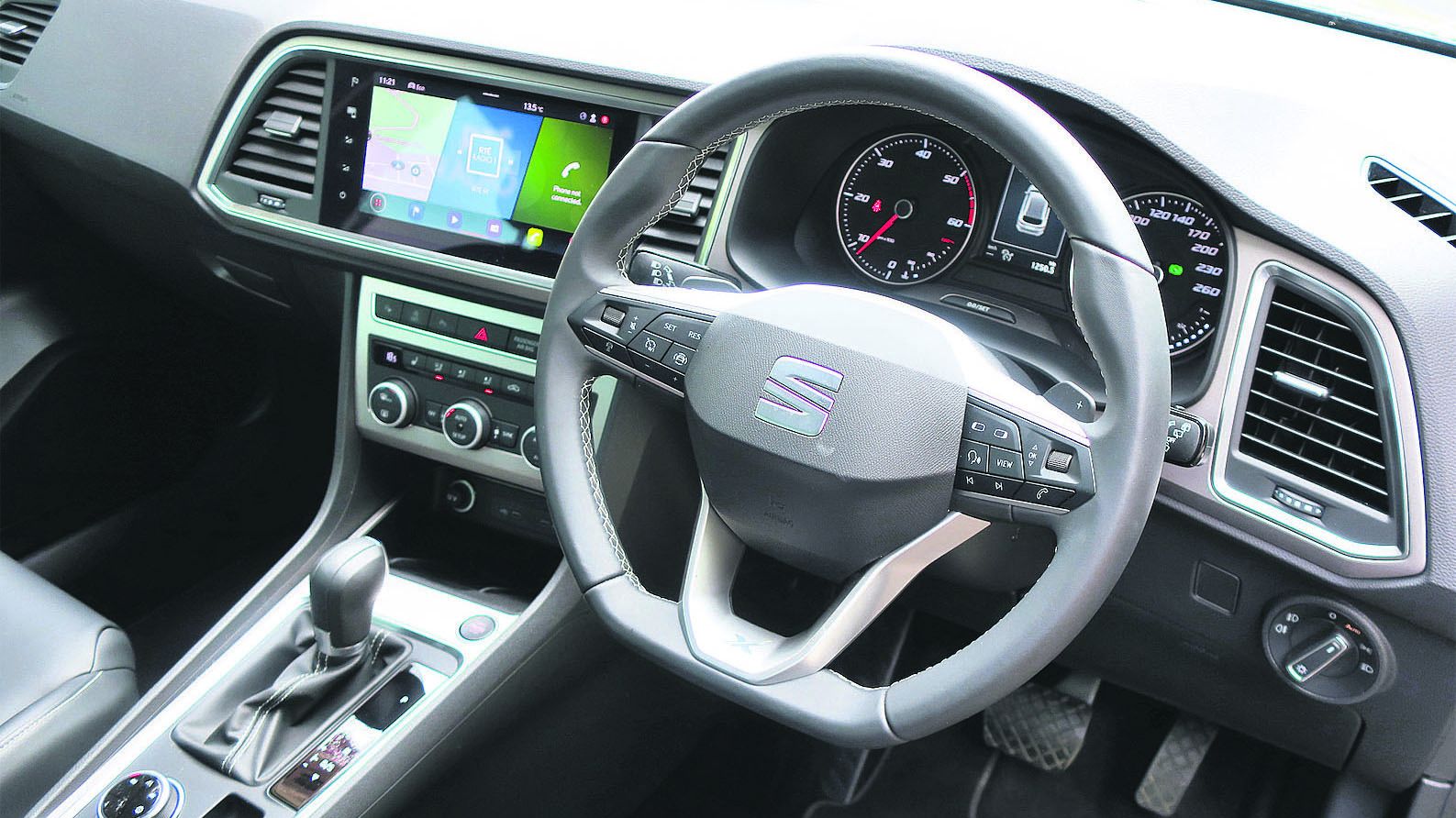