MORE than a third of Renault’s sales in Ireland are Capturs, and along with its hatchback sibling Clio, they are responsible for six in every 10 Renaults sold here. So the small car segment, and especially the small crossover part of it, is very important to the French make.

Around as a model since 2013, this second generation came to Ireland last year. It’s completely new from the platform up. The biggest impact, obviously, is the body.

What you see is a major upshift on what was already a fairly attractive style.

This Captur is stronger in feature and heavier in attitude, without being aggressive. The roof bars, brightwork, and various pieces of detailing, all combine to make this a seriously attractive car. 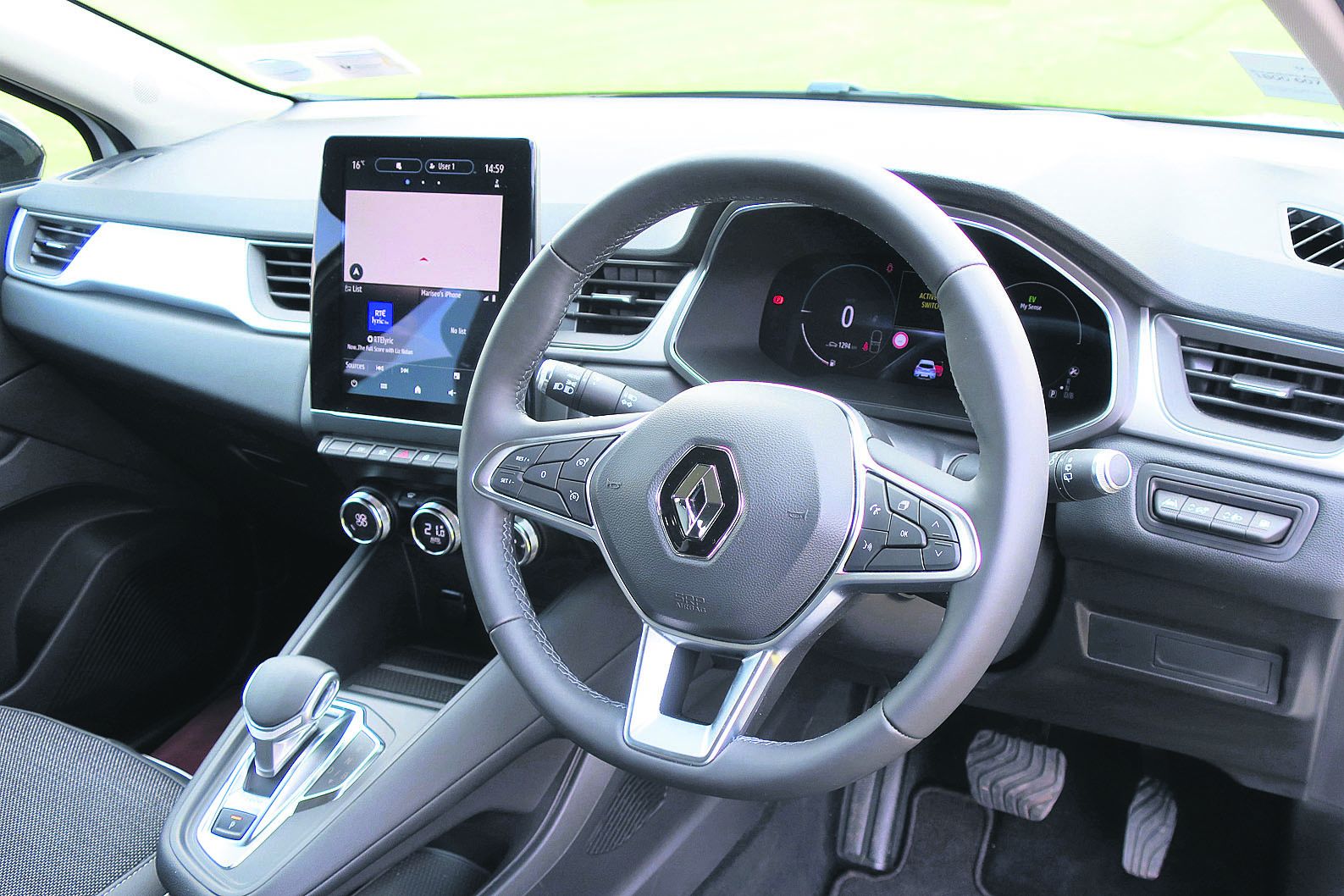 The interior of both this one and the Clio have been brought up to the standards of previous model changes in the brand’s portfolio. And that’s been a high standard for a while. So the car feels good to be in. That substantial centre screen is a dominating feature, but gives much in return, with strong graphics and intuitive navigation. The overall finish, instrumentation, fittings and finish, are top notch.

It is becoming much harder for premium cars to differentiate themselves from the masses these days. Even the driver assist tech is similar everywhere now.

The new Captur is roomy, offering a compact family capacity in not much more than a supermini footprint. This is another area where the segment blurring is really showing. Crossover formats have become the norm because they offer more vehicle.

I saw the pre-reveal of this in Paris in late 2019 — the days before Covid-19 when we used to actually go to events. The advancer included detailed explanations of the technology that the new car would be bringing. In this instance, it’s the plug-in hybrid that I have on review, and Renault have their own take on that.

Captur is available in petrol and diesel options. And in this version that they acknowledge as their flagship variant, the ‘e-Tech’ PHEV. As a matter of interest, the Clio’s electrified version is a ‘self-charge’ hybrid. 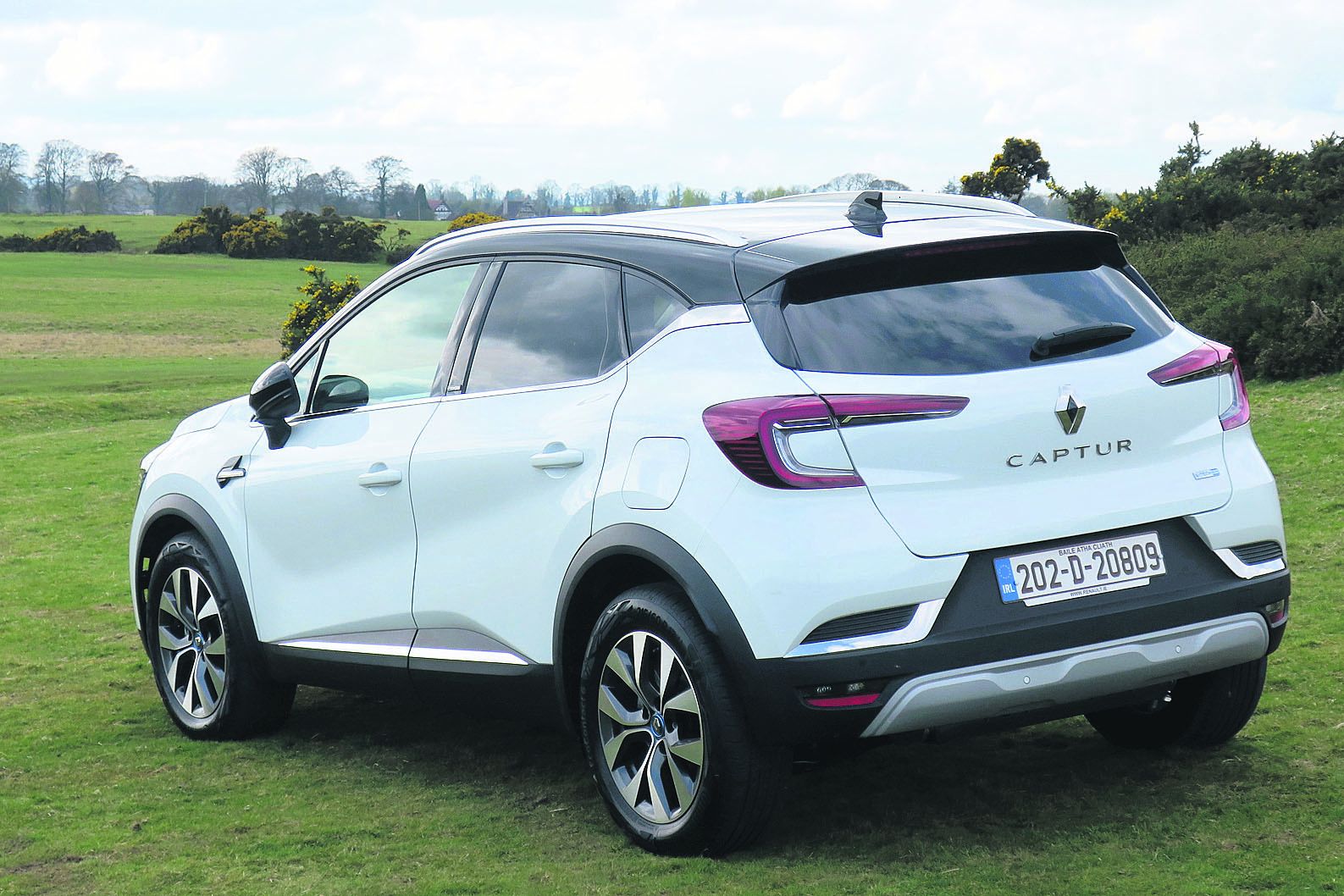 The gearbox is not an automatic design, as we understand it, but to the driver it operates exactly like one. A feature of the system is that the Captur PHEV always starts off in electric mode, whether the main drive battery is fully charged or not. It’s a very smooth mover, and when it shifts to the petrol engine, you have to be really listening carefully to notice.

Plug-in hybrids are getting an unsteady press at the moment, with suggestions that they don’t give what they promise in electric driving. My own sense is that they do, but require disciplined ‘charge always while parked’ owners. That way, every time you leave home you have up to 50kms of EV charge to use. When that’s gone, the car is a ‘normal’ hybrid. Renault suggests the average urban motoring can be 80% electric, and overall fuel savings of 40& on the urban cycle.

The overall experience driving Captur is as good as you’d want. It’s not designed for raw sporty performance, and I don’t believe many actually want that any more. We’re collectively at the stage where a car should look good, work quietly and efficiently, and carry us and our families and chattels comfortably, safely, and reliably.