WITH their new Qashqai, Nissan are really putting it up to their competition.

Kind of apt, really, as they set the pace for the compact crossover segment with the first generation in 2007. With over 50,000 units of the model still registered in Ireland, it proved to be well able to keep the pace going.

I first saw this latest third generation version in a static launch a couple of months ago. It looked good. But when I got one recently for an introductory weekend, it was immediately apparent that the showroom hadn’t done it justice. The styling is, bluntly, spectacular.

From the striking front end with its edgy LED headlights to the quirkily elegant detailing of the rear, this all new Qashqai draws admiring looks from all directions. 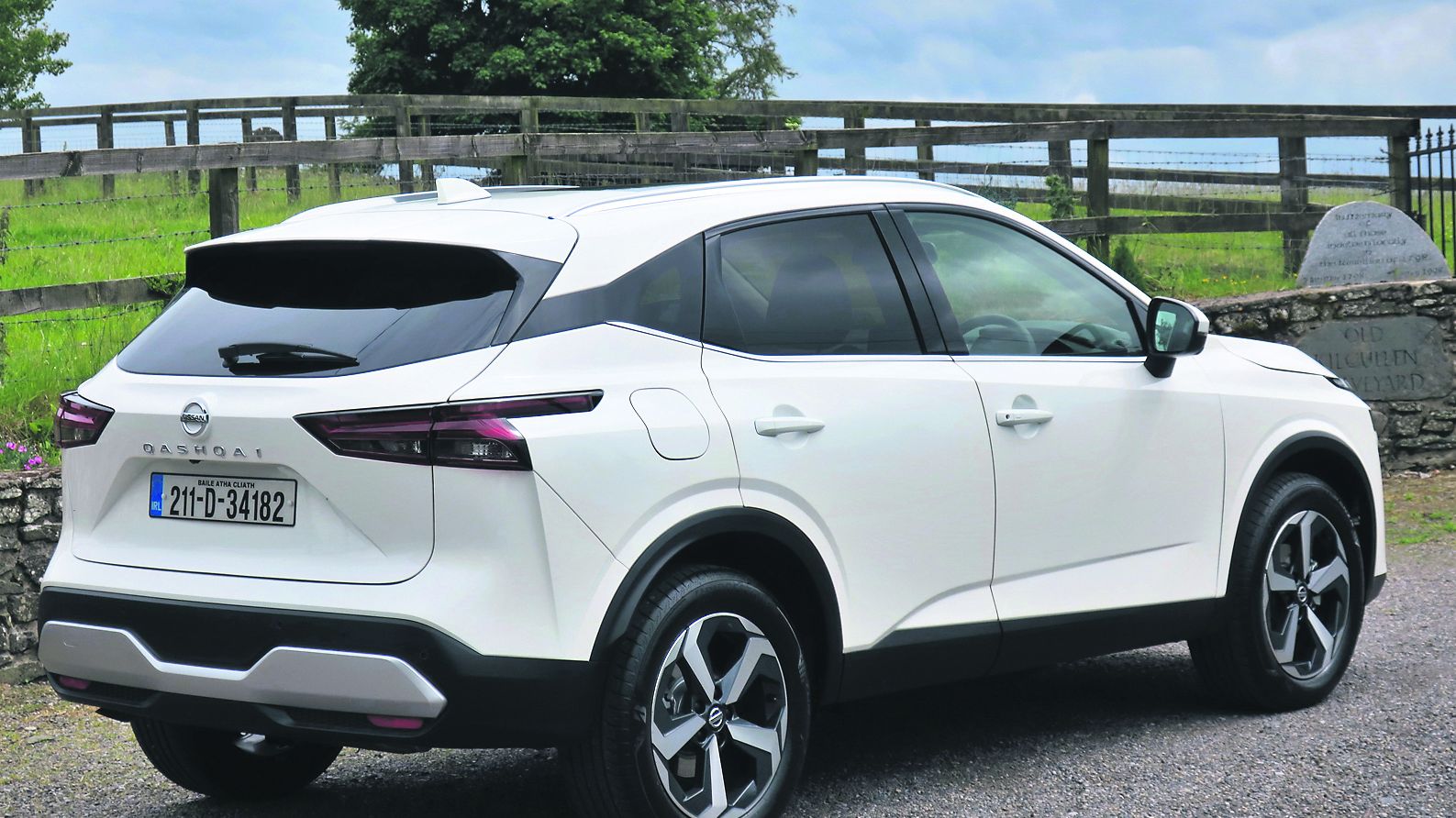 Especially in the white with black trimming of my review car.

The profile shows attitude, and yet the whole effect demonstrates that there’s no need for a car’s style to be intimidating to give it the kind of presence that will satisfy owners of all dispositions.

Overall the looks are a sharp upshift while maintaining enough cues to ensure that the Qashqai identity endures.

That same upshift applies inside in the thoroughly modern cabin and its fittings.

In the SV Premium grade, which was my version, there was a good level of first class feel, a mix of padded leather and glossy surfaced infills. The grade also has a 12.3” centre screen that’s larger than the standard, and which maybe dominates a tad too much.

The main instruments for the driver can be formatted in two views. 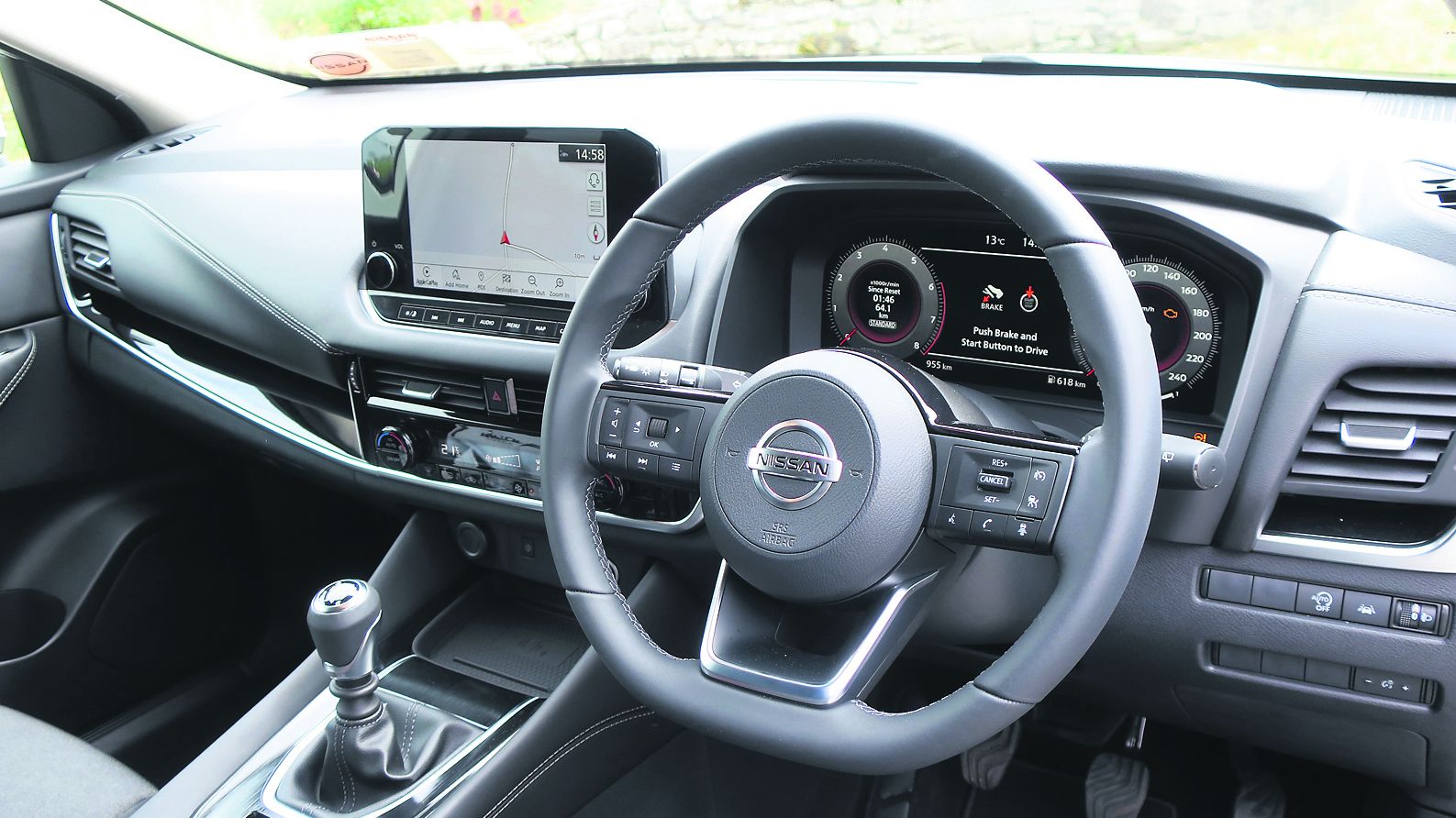 I found I preferred the one that gave me a pair of analogue dials and enough other information between them to keep me happy.

The flat-bottomed steering wheel has a nice heft, and its radio and cruise remote controls are well labelled and chunky.

There’s a longer wheelbase with this one, giving more room especially in the back for full-size adults and teens. And, of course, luggage space for whatever they’d need on a weekend.

Getting in and out of the car is made easier by larger doors and the rear ones open to 90 degrees, which is a big help getting the smaller ones into their child seats – we’re told, (long gone beyond that in my house).

The big thing about the weekend, though, was the comfort. Which was noted, unprompted, by my passenger on a day trip to the midlands through a mix of motorway, main roads, and cross-country back-roads. 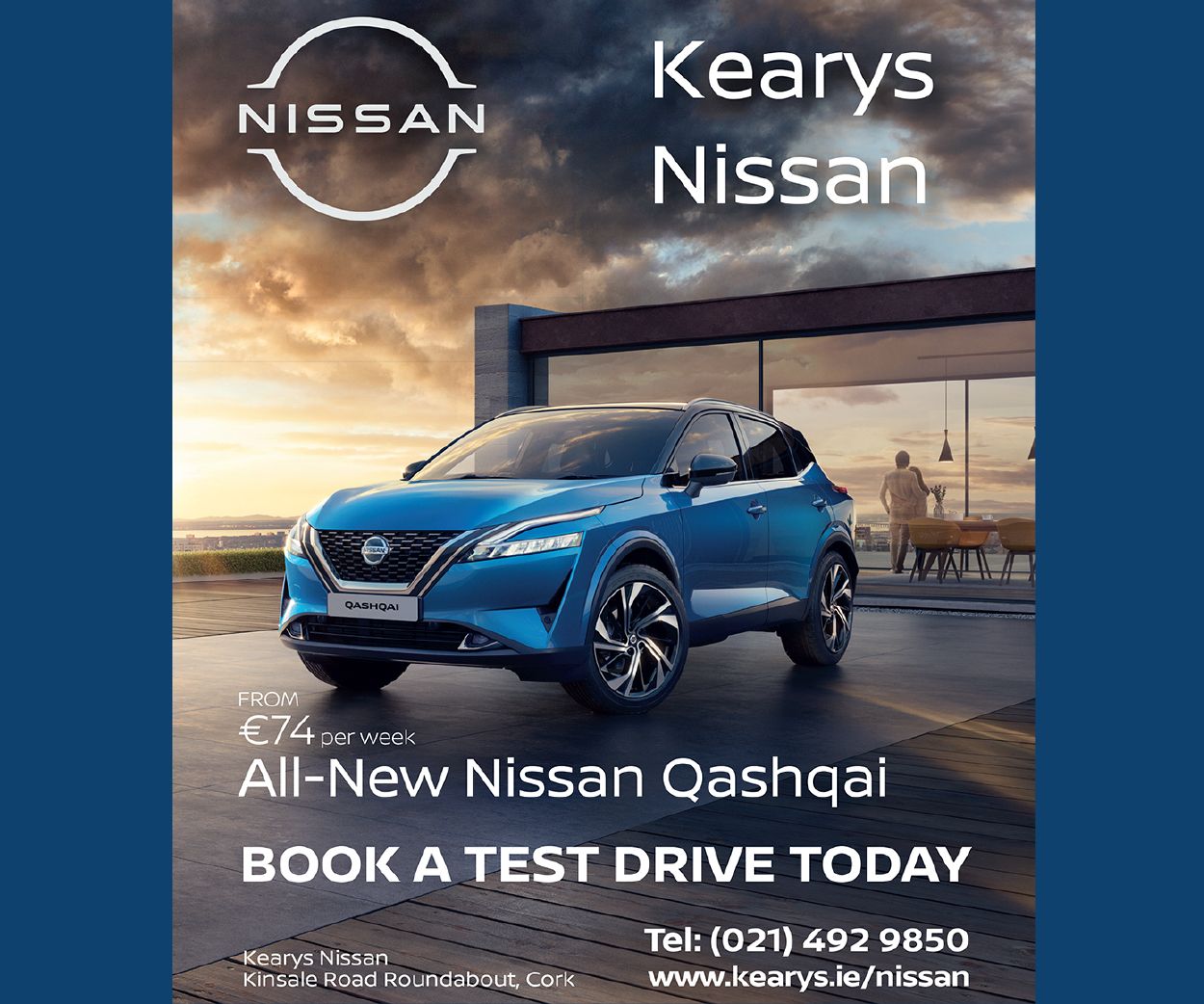 It was, in a word, superior. At least as good as some premium brand cars I have driven in the last year. I’ll be taking the car for a longer time later and I’m definitely going to pencil in a longish two or three-day trip for it.

If the grand-teens come along, there’s enough wifi in the car for up to seven devices.

It’s a smooth unit, linked in this case to a six-speed manual that proved smooth and satisfying to use, even if the bulk of my recent review cars have been automatics.

There’s a 156hp option, and a CVT auto available. Coming is a hybrid that uses the electric motor to power the wheels all the time, the engine only charging the battery.

Driver Assist improvements in the new Qashqai include cyclist recognition, a junction exit warning, and a forward collision system that monitors up to two cars ahead.

Since the first Qashqai drove onto the scene, this has become a very crowded and competitive space.

Nissan has now issued notice that it intends to be driving out beyond the peloton, to borrow a cycle race idiom for the pack.

I think they mean it.

What I like: Nothing left to chance in this race.