A West Cork family give back to Brú Columbanus, which helped them at the worst time of their lives

Cathail O’Connell is completing the race for city-based Brú Columbanus which provides accommodation to families of seriously ill patients in Cork hospitals.

Cathail, from Rosscarbery, and his family availed of the accommodation while his dad Jim spent nine weeks in the intensive care unit of CUH back in 2017. 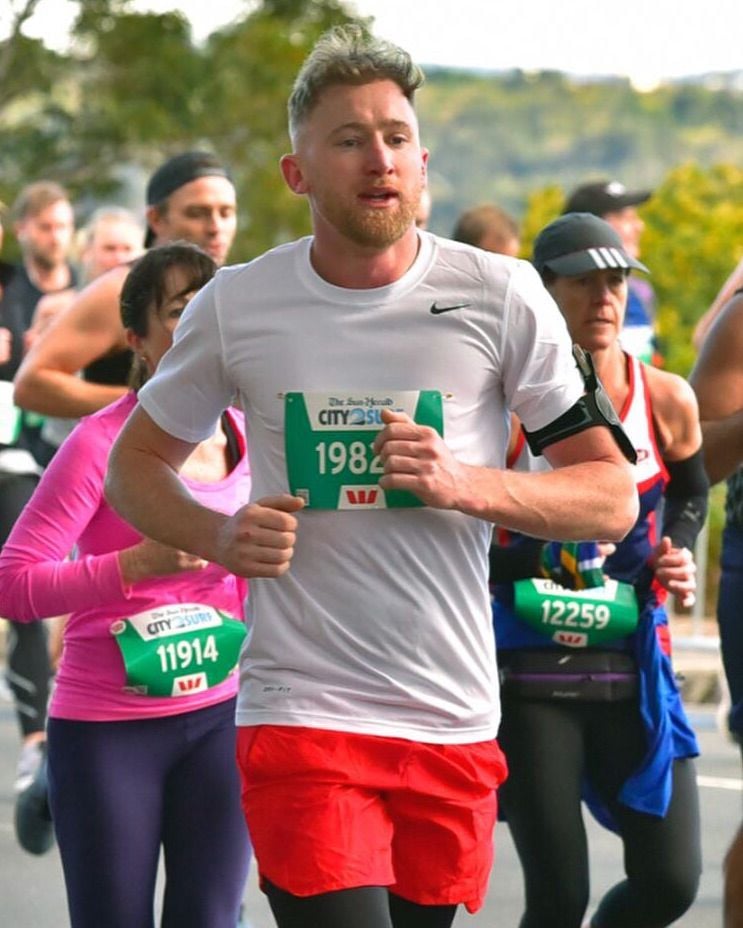 Cathail in a race to Bondi Beach last year.

It was an hour trip each way, door to door, and the 29-year-old along with his siblings Gearoid, Naomi, Diarmuid and mum Margaret have never forgotten how much how much the facility meant to them at such a difficult time.

Jim underwent emergency bowel surgery back in 2014 when he was aged 56. That resulted in him spending 17 weeks in hospital.

Three years later, a second surgery left him in a coma for three and a half weeks in intensive care, and needing a total of nine week’s critical care.

Margaret remembers how the family were told at one point he might have just hours to live. At the time Naomi (26) was training to be a nurse in the UK, Gearoid (31) was in Germany, Diarmuid (33) was in the UK and Cathail was in Cork.

‘I was told to get them all home and to prepare for the worst,’ she said.

‘The hospital told me about Bru Colombanus – I hadn’t heard about it before and knew nothing about it. I was really distraught and not capable of driving home at night or dealing with traffic so it was invaluable. It’s a fantastic facility.

‘You have the option of chatting to other families, or availing of privacy and the set up there is fabulous.’ 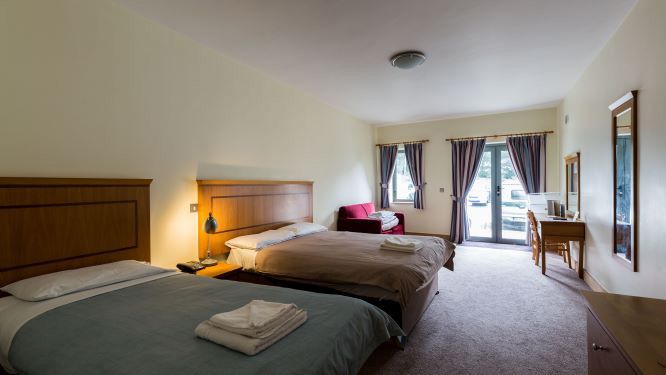 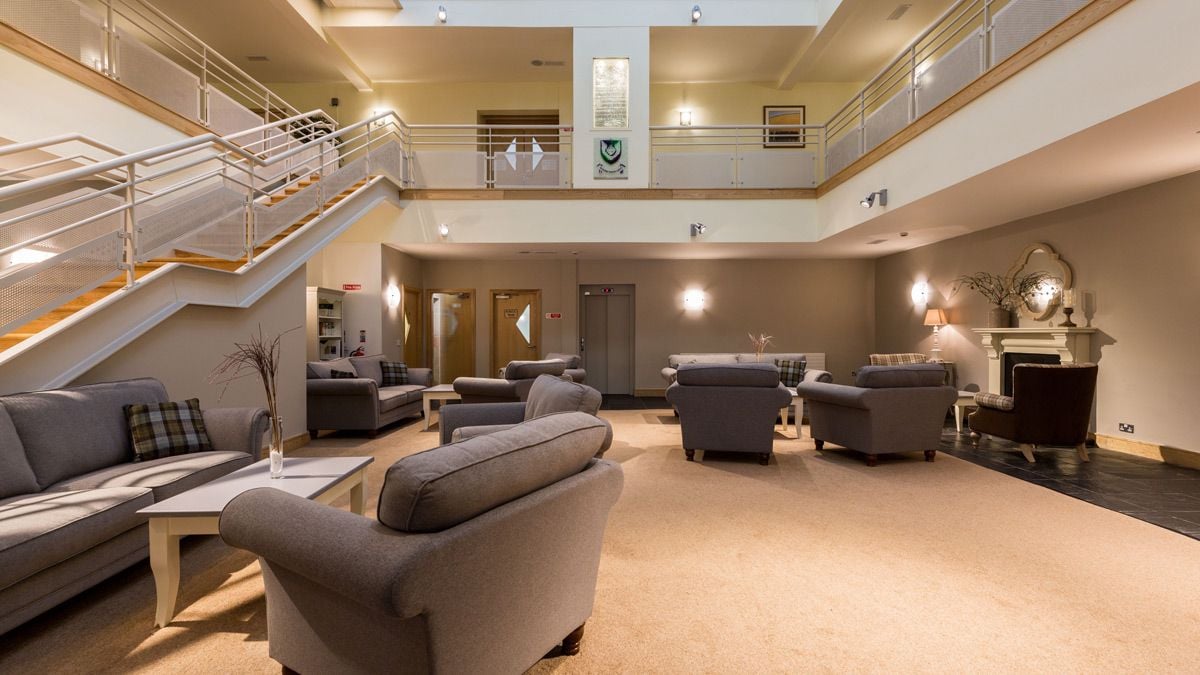 Cathail added: ‘It was very important for my mother and Naomi to be close to my dad everyday without the dangerous commute home every night and it took some pressure off an already stressful time. It was one less thing for me to worry.’

Thankfully Jim made a great recovery and is now in good health but the memory of what Brú Columbanus did for the O’Connell’s has never faded.

The charity marked its 15th anniversary this September during which time it has accommodated 9,200 families.
Based in Wilton, the house has 26 en-suite family rooms with supporting kitchens and lounges.

Last year, a total of 692 families were accommodated of which 80 were from West Cork.

Anne Maria O’Connor, Fundraising Manager at Brú explains: ‘Every day, families arrive at hospitals away from their homes with a relative in need of urgent medical treatment. We offer an environment where patients and their loved ones feel safe and well cared for while hospital treatment is required.’
The families that stay in Brú are so appreciative of the service provided at what is often a very traumatic time in their lives.
A recent guest said: ‘The peace and serenity I encountered there is difficult to explain particularly at a time when the rest of my world was in utter chaos.’

Like so many other charities, Brú’s income has been hit by the pandemic.

‘All our regular events have had to be cancelled for 2020. We have experienced a 49% reduction in our income so far this year. The funds raised by the O’Connell family are vital and we are delighted that Cathail is taking part in the Sydney Marathon (virtually),’ said Anne Maria.

She also thanked thanked their fantastic team of volunteers in the Brú Columbanus Charity Shop in Schull.

‘They go above and beyond in their commitment to supporting Brú Columbanus.’

Cathail has lived in Sydney for the past three years working as an electrician. This is his first marathon, although he wouldn't be a stranger to running, but he’s doing it with a weighted vest.

‘When I first decided to do it, the Sydney marathon was still going ahead, but has since been cancelled due to Covid but luckily my friend Mark Coomey from Timoleague who was training for it is going to run with me on the day (November 7th).’

Cathail naturally misses West Cork and admits that since the pandemic, home feels much further away: ‘Fingers crossed it won't be too much longer before I'm back for a visit.’

He extended a heartfelt thanks to everyone who has donated already.’It means a lot to me and my family to give something back.’ 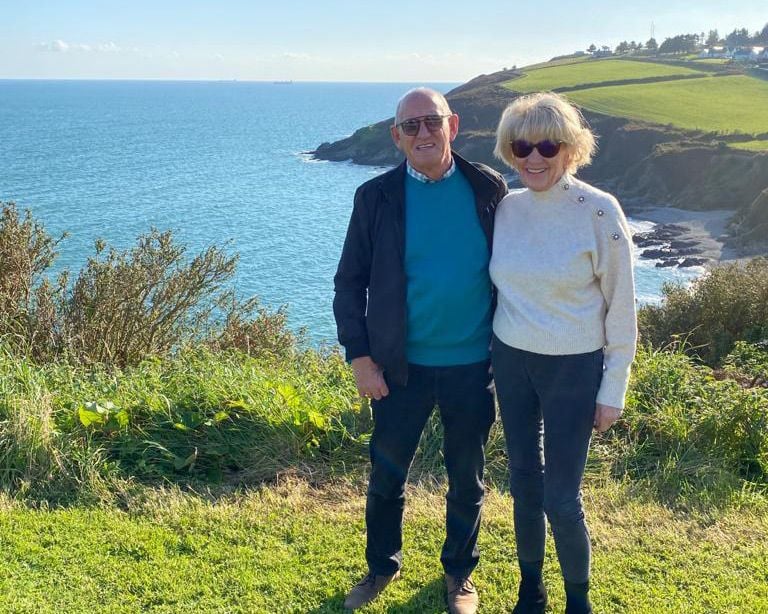