Cape Clear's 3 SQ Miles gin is going down well in what is a busy market. It's stocked in London tapas bar and there are plans to produce a pink version by Easter.

Cape Clear has the distinction of being the country’s first and only island distillery currently producing gin, and with major expansion plans. But those involved in the project say it’s far more than just a drink – it’s about creating employment and attracting new people to the island to reverse population decline

CAPE Clear’s gin may have only recently hit the shelves but there are already plans to develop a pink version in time for Easter.

And the team behind 3 SQ Miles Gin say it’s more than just a drink but a symbol of community spirit and island resilience.

Niamh Ni Dhrisceoil, has been involved in the project since its inception six years ago in her role as Cathaoirleach (Chairperson) of Comharchumann Chléire Teo and in more recently as a private investor and brand ambassador.

There’s been hugely positive feedback since the gin was launched at the end of last year and as well as being widely stocked in outlets locally, it’s also available in a London tapas bar. 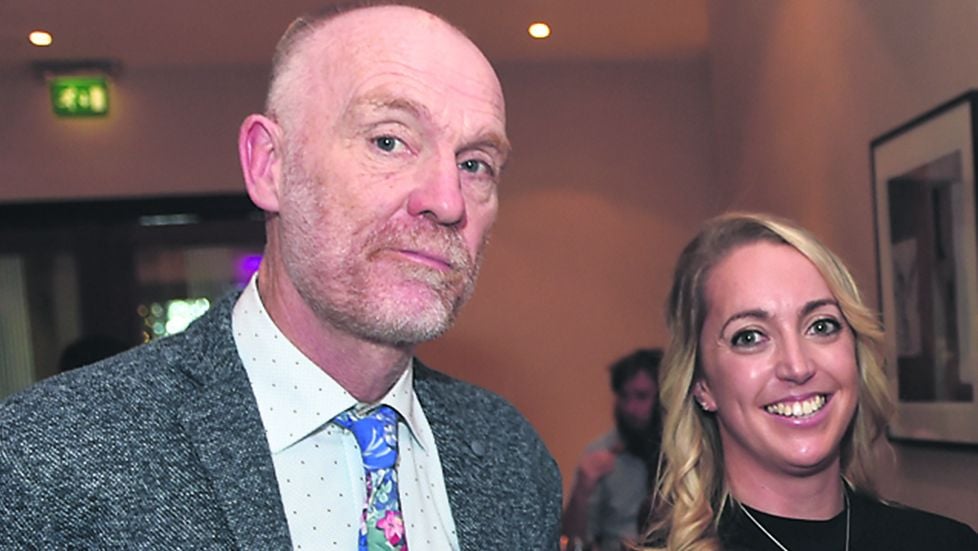 Séamus ÓnDrisceoil and Niamh Ní Dhrisceoil, key figures in getting Cape Clear Distillery off the ground.

None of us involved in the project ever had a life long ambition to set up or run a distillery. We simply saw a fantastic opportunity to create employment and to attract new people to the island in order to reverse population decline, something that has been a serious issue for all the islands of Ireland in the past decade.

Niamh said that with a saturated and highly competitive gin market both nationally and internationally, they knew they had to produce something with an edge.

‘To this end a group of 3 people, Debbie, Stone Ger SURNAME and myself worked closely with gin developer Ruth Court over a period of six months, working diligently until the recipe was just right. When we thought we had finally achieved our goal, we gathered together a larger group of islanders to sample the recipe and provide invaluable feedback. This culminated in a really great gin that we are all very proud of and whose wild botanicals include fuchsia, honeysuckle and kelp seaweed, hand-foraged along the island's rocky seashore.’

Debbie, a retired teacher from Canada living on the island for 10 years had the idea of including kelp which Niamh said was a ‘game changer.’

The gin is distilled in a distillery on a four-acre site, bottled and boxed on the island: ‘It was very important to us that it was an island led and island delivered project. As much as is possible we do not wish to outsource as we wish to create those employment opportunities on the island. We have a very good ferry service that is capable of handling eight tonnes of cargo and that is more than enough to sustain the distillery for the foreseeable future. We have found that one of the strengths of the project lies with the high quality of craftsmen and service providers in West Cork, who have mitigated many problems before they have even happened!’ added Niamh.

The brand is the brainwave of designer Terry Green and alludes to the size of the Island and its colours and design is inspired by the surrounding sea scape. The distinctive collars on the bottles are modelled on Cape Clear Island Lighthouse.

Expansion plans are already in the pipeline for the company.

‘We are planning to release a pink gin for Easter and we are currently working on another number of products which will be revealed in due course.

‘Our visitor centre itself is a longterm project but we are working on something that we hope will allow us to welcome visitors in the Summer as an interim.’

In terms of employment, numbers vary depending on the week: ‘We are employing people intermittently at the moment as we continue to develop and expand the business. It is our goal that those would be full time jobs in the future. All the work that I do is in a voluntary capacity at the moment,’ said Niamh.

The product and how it’s uniquely funded recently featured in the Financial Times.

Niamh explains how they got off the ground and that they’re always looking for investors: ‘We have a €100 preference share option which is a great and fun way for people to get involved in the project with a very attractive rate of interest at 5% and we expect that most of these investors will eventually redeem their shares as products from the company.

‘Many of the current investors are islanders, including Comharchumann Chléire Teo and Cape Clear Ferries and we are very glad to have investment from other companies and individuals and we look forward to building our investor profile base going forward. We have also had help from Údarás na Gaeltachta for which we are very grateful. We are specially interested in attracting strategic investor(s) at this stage who see the value and quality of the product and brand which we have created.’

Ultimately 3 SQ Miles Gin is part of the island’s fight to say alive.

‘Many islanders have lent a hand in repurposing the old hatchery building on the seashore and others have contributed materials including many items repurposed and recycled. Where we lacked expertise in certain aspects of the project we hired the best of professionals to carry out those works.

‘None of us involved in the project ever had a life long ambition to set up or run a distillery. We simply saw a fantastic opportunity to create employment and to attract new people to the island in order to reverse population decline, something that has been a serious issue for all the islands of Ireland in the past decade. That's said now that we are in it we are very much enjoying the work and we are very excited for the future,’ said Niamh.