WEST Cork pig and poultry farmers who took part in the IFA protest at Dunnes Stores in Bishopstown this week, said they took absolutely no pleasure from being there.

But they said they felt they had no other option amid the retailers’ initial refusal to engage with them to discuss price increases to suppliers to address rising costs at farm level.

‘We are looking for 15c more per chicken and 2c an egg,’ he said. ‘This will not increase our profits but will just cover our increased costs amid spiralling energy bills.’

Robert is one of around 20 Cork poultry farmers, and 850 nationwide, and said that the IFA had held successful meetings with other retailers, but that there had been ‘zero engagement’ from Dunnes Stores until the offer of a meeting came on the second day of their protest on Tuesday.

Representatives of Tesco, SuperValu, Centra and Lidl have met with the IFA over the last week or so.

‘This protest is just the last straw,’ said Robert.

‘Farmers are resolute. We received strong support from shoppers. They recognise the quality food they are buying and they are willing to pay a price that covers the cost of that,’ he said.

He called for Minister McConalogue to step in and he believes the government’s inaction on retail legislation has left farmers without any power in the food chain.

The financial challenges facing the pig and horticultural sectors are also highlighted as part of the protest which started on Monday in Cork and Monaghan, and which ceased on Tuesday to allow talks to take place.

IFA pigs chairman Roy Gallie said that pig farmers, too, need retailers and the government to step up.

‘Pig farmers are in a vice-like grip with feed price increases on one side and falling prices on the other,’ he said.

Meanwhile, a local poultry farmer said food supply could be affected if ‘farmers can’t make the numbers add up.’

‘There may be a situation where there won’t be Irish food on the shelves of supermarkets if it’s not economically viable to produce it,’ he said. 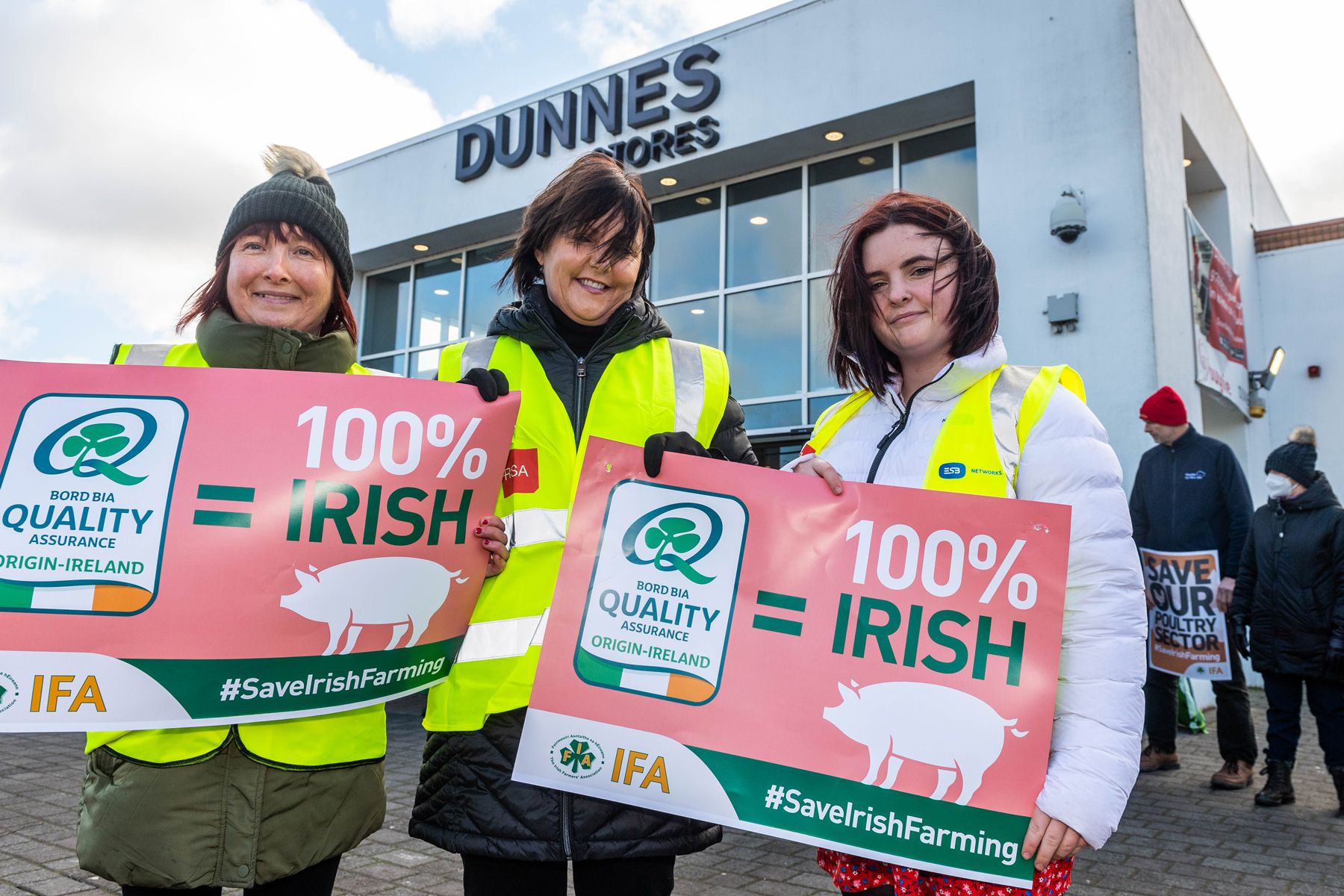